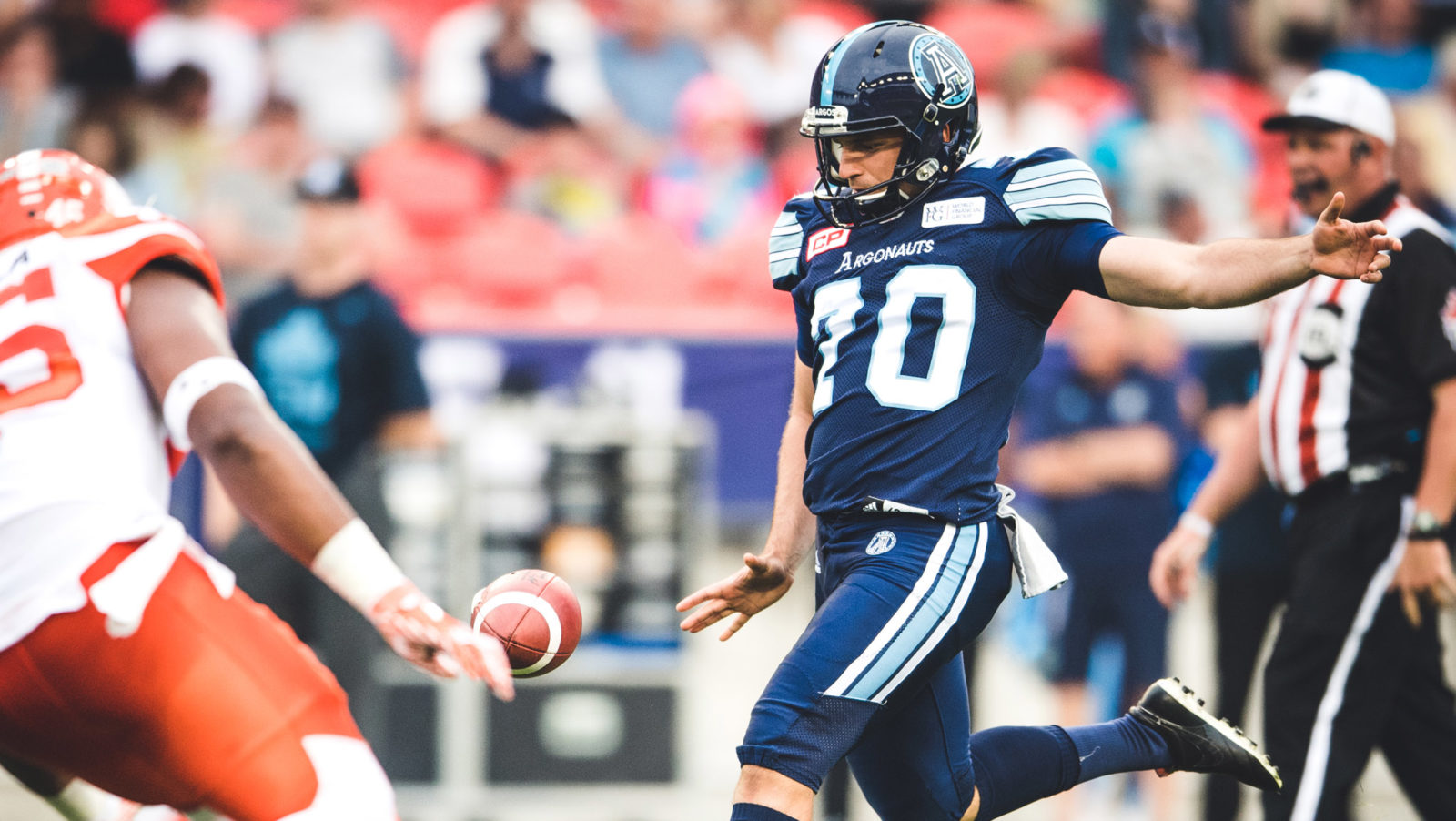 The 27-year-old appeared in all 18 regular season games with the Toronto Argonauts last season, converting 47-of-58 field goal attempts (81.0%), all 36 of his single convert attempts, and averaging 44.0 yards per punt on 112 attempts. The 5-11, 205-pound native of St. Catherines, Ontario, also suited up in two games in the playoffs for the Argos, making two of his three field goal attempts, including the game-winning 32-yard field goal with 53 seconds left in the fourth quarter in the 105th Grey Cup.