Jackson on 2018 season: ‘There’s a great sense of optimism’ 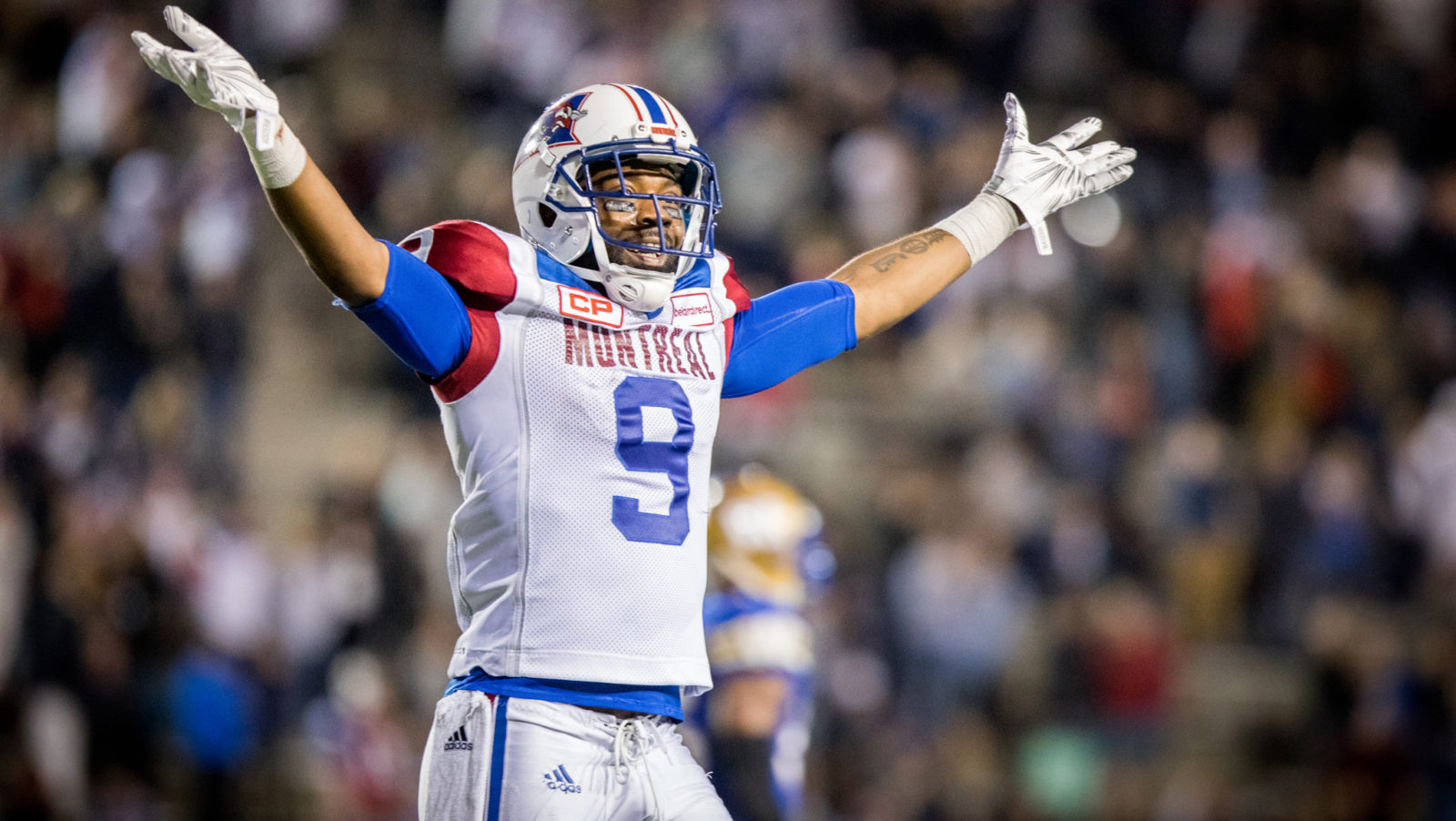 Jackson on 2018 season: ‘There’s a great sense of optimism’

MONTREAL — When the 2018 season gets underway, Ernest Jackson will have a familiar face with him in Montreal – Chris Williams.

“I said, ‘hey man, looks like we’re back at it again!’ and he was like, ‘yes, sir!’” Jackson laughed during Mark’s CFL Week in Winnipeg last month, explaining what he said to Williams when he found out they were teammates again.

“I’m excited to see him back over there. Hopefully be on the same side, or even on the same field again.” 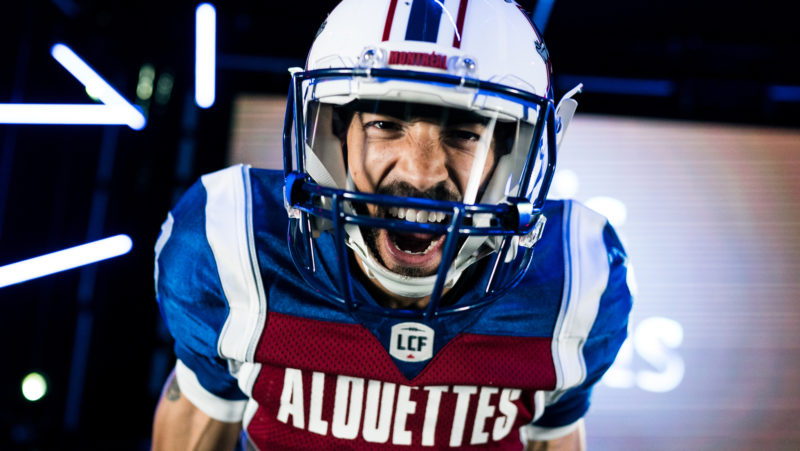 The last time Jackson and Williams were teammates was back in 2016 where they were two of the four Ottawa REDBLACKS pass-catchers who surpassed the 1,000-yard mark. That season, the REDBLACKS went on to win the Grey Cup – the same Grey Cup that featured Jackson’s heart-stopping bobble catch in overtime to seal the deal.

Now, the duo is reunited in Montreal, after a deal with the BC Lions saw Williams traded for defensive end Gabriel Knapton earlier this off-season.

“I think he’s going to bring that dynamic speed that we need to blow the top off and bring that stretch down the field that we need,” Jackson said, explaining what Williams can bring to the Alouettes. “That’s one thing about Chris is he’s very athletic. That speed is what we’re looking for to open things up underneath.”

Without a steady hand at quarterback in 2017, the Alouettes struggled offensively. By season’s end they sat last in the league in net offence (307.3 average per game) and in first downs (325). The team also had the second-most two-and-outs (85).

“Last year I said it,” said Davis Sanchez on The Waggle presented by Sport Clips. “I said this receiving corps is one of the weakest receiving corps that I have seen in the league. I looked at that because of production. I look this year and they’ve gotten younger and they’ve added Chris Williams.”

Williams brings a veteran presence to the Alouettes and a dynamic playmaking ability. The 30-year-old spent two seasons with the Hamilton Tiger-Cats (2011, 2012) and two seasons with the Ottawa REDBLACKS (2015, 2016) and surpassed the 1,000-yard mark in all four years. He missed the first half of the season recovering from knee surgery, only suiting up in nine games for the BC Lions and amassing 415 yards and a touchdown. 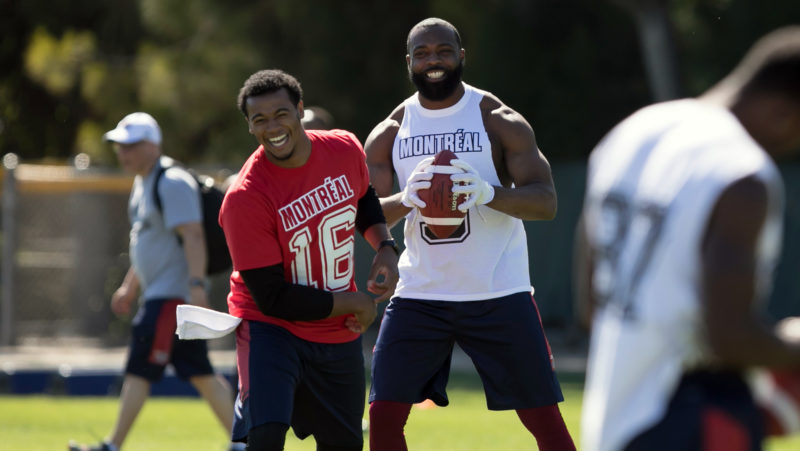 Jackson joins teammates at mini-camp ahead of the 2018 season (MontrealAlouettes.com)

Cunningham has spent his three-year CFL career with the Alouettes and had his best season in 2017 where he caught 1,128 yards and four touchdowns. Jackson suited up in all 18 games last year and tallied 767 yards and six touchdowns.

“We have a good receiving corps, we just had a little trouble with the quarterback here and there going up and down, switching quarterbacks in and out,” he said. “Darian (Durant), I don’t know if he was just off this year but he’s a great quarterback overall. It’s just sometimes you have those years.”

The question of who will start the year under centre for Montreal still remains and former NFL quarterback Josh Freeman could possibly be the answer.

“I definitely see him throwing lovely deep balls,” he said, explaining what Freeman could bring to the team. “He has a strong arm so it’s definitely going to be something to look forward to, some of those great balls he throws. He throws a really nice deep ball. I think it’s just his leadership, it would be cool to have. He’s a big statured dude, I feel like it’s going to be hard for defensive guys if he needs to run, he’s going to be someone that’s hard to bring down.”

With the changes to the Alouettes roster during free agency, a new coaching staff and the hope of stability under centre, Jackson says there is a sense of optimism heading into 2018.

“There’s a great sense of optimism going into the season,” Jackson said. “The guys know that and I think the one thing the guys were waiting for, that big thing, was bringing some new guys on defence and having a coaching staff built and that’s great to see happen.”