The Student vs. the Master: Does it get any better than Franklin vs. Reilly? 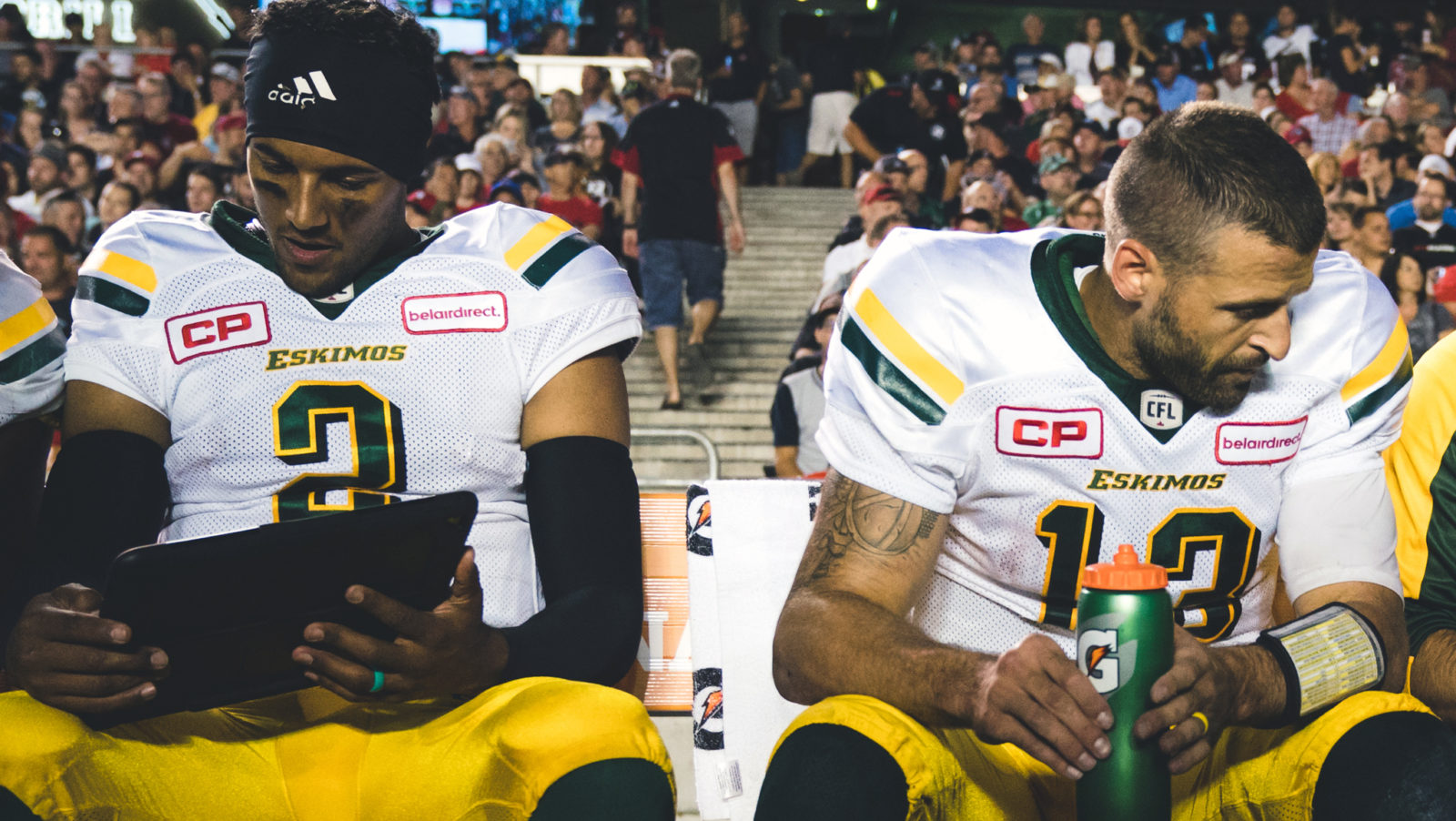 The Student vs. the Master: Does it get any better than Franklin vs. Reilly?

It’s hard to remember a debut more highly-anticipated than that of James Franklin.

Not often can you see a shooting star before your eyes. Usually it happens suddenly and out of nowhere, and before you know it, a player has gone from anonymous to being printed across the back of fans’ jerseys.

The Argos’ quarterback, who will make his fourth career start on Saturday and first in double blue, has been the league’s most highly-touted prospect for almost three years.

Now, after the an injury to Ricky Ray, one that will likely sideline the future Hall of Fame hurler for the rest of the season if not longer, the time has finally arrived. For the first time in his career, James Franklin has a chance to become a professional starting quarterback. For good.

And in a dramatic twist — Hollywood couldn’t write a better script — staring him down on the other sideline will be Mike Reilly. The mentor. The master. Friend turned foe. The reigning MOP. The one player who had previously blocked Franklin from seeing the field and becoming a star since his arrival in the CFL. 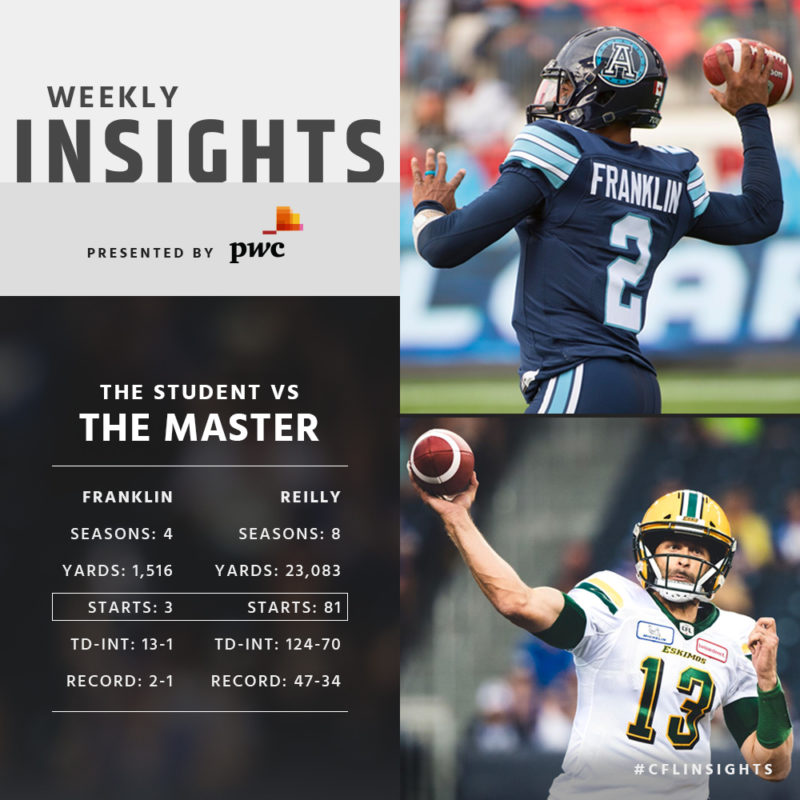 Mike Reilly is the measuring stick of quarterbacks in the CFL, with Bo Levi Mitchell closely following. But in a world where names like Matt Nichols, Trevor Harris, Jonathon Jennings and Jeremiah Masoli are vying to become ‘elite’, we’ll soon find out where exactly Franklin fits in.

Whatever happens, the parallels between Franklin and Reilly go beyond their time together in Edmonton.

Just like Franklin’s path to becoming a starter has required patience and dedication, Reilly’s journey also took a winding path. He, too, broke into the league with another team, studying behind Most Outstanding Player Travis Lulay while the Lions won the Grey Cup in 2011. It was soon after when Reilly was acquired by the Eskimos, beating out Matt Nichols for the starting job and, in the next couple of years, emerging as one of the league’s top pivots.

Franklin won a Grey Cup behind Reilly in 2015, while Reilly went on to win MOP for the first time in his career last November.

For the Eskimos, hosting the Grey Cup this year, there was never going to be an opportunity for James Franklin. Franklin had done his time, he had put in his work, but the stars wouldn’t align there. He was ready to start, so the Eskimos traded him to Toronto, away from their closest competitors in the West hoping he would sign with the Argos.

He did, and now, after winning the backup job over McLeod Bethel-Thompson, and Ray on the sideline, there’s no one blocking his path.

By all accounts, Franklin checks off all the boxes of an elite quarterback. Big upper body. A strong, accurate arm. Quick release. Poised in the pocket with good, clean footwork. Not the fastest runner, but knows when to take off, and does so effectively. A dedicated student. A poised leader. And, lastly, don’t forget patience.

All that’s left is to put it into action. When the reps are live and the games matter and it’s all real, how does he respond?

Going against the Edmonton Eskimos will be no easy task. The Esks’ offence has been the most productive in the CFL, while the Argos’ defence has struggled. Franklin and the Boatmen will have to keep up.

Additionally, quarterbacks over the years have not fared well against their former team. Franklin’s start in Week 4 makes him the 10th quarterback to do this dating back to 2013, with a combined previous record of 6-13. Franklin’s start with will be the 20th of this kind since 2013.

In any instance, Saturday represents the opportunity that can make a career, and for Franklin it’s been a long time coming. The Argos, meanwhile, need him to be at his best, coming into Week 4 with an 0-2 record and a tough upcoming schedule on tap.

It’s Reilly vs. Franklin, and it’s the show we’ve been waiting on for a very long time.