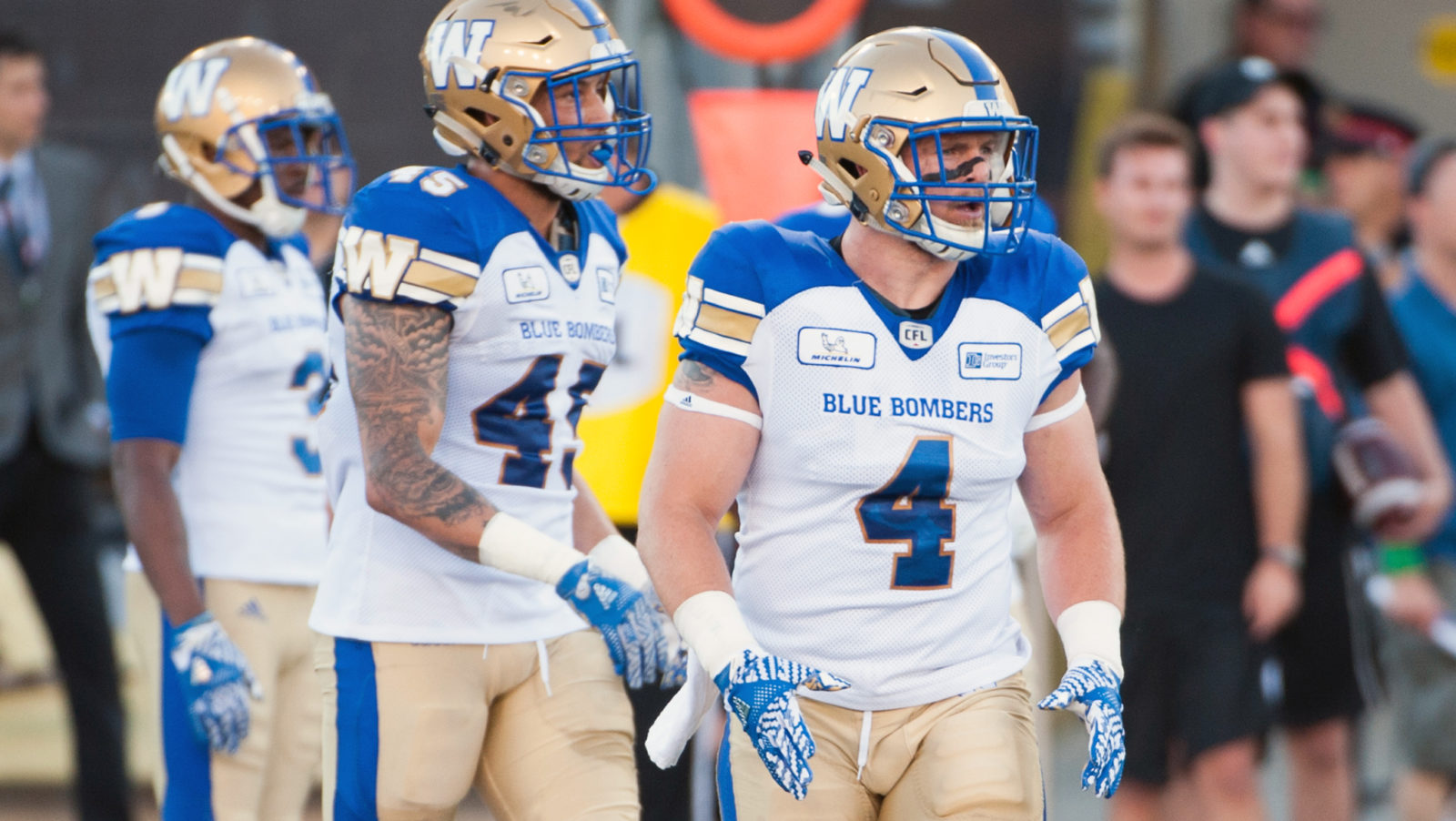 When I’m not writing for the CFL or gas bagging on TSN Radio, my side gig is working in the world of wine. This past weekend I was hosting a wine event for a bridal shower and beyond going over some basic Wine 101 and food pairing lessons, I like to teach people how to be a wine expert/snob without knowing anything about vino. It’s a tongue-in-cheek routine where I get to make fun of wine culture while slipping in some real knowledge and, more importantly, trying to make the world of wine less intimidating.

I was thinking about that bit and how it relates to the 2018 MOP conversation. I realized if you’re new to the CFL and you want to seem like you’ve been following the game for years, or if you’re constantly surrounded by crazy die-hards and you want to earn some street cred, then I have just the trick for you: Proclaim that Adam Bighill deserves to be this year’s MOP.

It’s the sort of contrarian type statement that will immediately get you some attention. The easy choices like Mike Reilly, Jeremiah Masoli, Duke Williams or Andrew Harris all make sense, they’re all damn good players, but come on, if you want to stand out of the crowd you have to be bold. Go with the Winnipeg Blue Bombers middle linebacker.

And the best part of this little stunt to make it seem like you’re the smartest football person in the room is that it really isn’t that crazy of a leap. The Blue Bombers defence just served up the first shutout of the CFL season and it marked the first time that any Bombers defence blanked an opposing offence since a 29-0 victory against the Hamilton Tiger-Cats back in 2006. Of course, any time a defence can pull off such a rare feat in this league, the praise has to be spread around. But it starts and ends with Adam Bighill, who finished the game with eight tackles, three sacks and a forced fumbled that led to a defensive score.

I’ll get more into Winnipeg’s 31-0 domination of the Saskatchewan Roughriders in a moment, but big picture it’s safe to say (Captain Obvious alert!) that Winnipeg has benefited so much from the New Orleans Saints’ decision to cut Adam back in May. While statistically the Bombers are not an upper echelon team, they have cut down on their yards per game by over 40 and are allowing three fewer points per game versus last year’s squad. Much of that credit has to go to the CFL’s leader in tackles who also has contributed four sacks, two interceptions, three forced fumbles and one fumble recovery.

When you watch Bighill play he is that perfect combination of film study and athleticism. Often when a football player is touted for their film study, that’s code for ‘they’re not very fast’. That couldn’t be further from the truth with Adam, and his first big play, forcing the Kyran Moore fumble in the first quarter on Saturday, is living proof. When you first watch this particular sequence all you notice is a Bomber defender coming out of nowhere to knock the ball loose and the next thing you know, Anthony Gaitor has picked up the fumble and is racing for the first touchdown in the game. Upon further review, you see Bighill immediately diagnosing the pass and getting to Moore the moment the ball is caught and then dislodging the ball while ripping him down at the same time; just a remarkable read and react play by the seventh year linebacker.

Then there were his three sacks. The first was the result of a perfectly-timed blitz. Much like on the forced fumble play earlier, Bighill knows exactly what the offence is going to do a moment before they even do. It’s like watching a movie for the first time but the director gave you the script to read the day before. Bighill sneaks up to the line of scrimmage at the last possible moment so that the moment Zach Collaros is snapping the ball, Bighill is already bearing down on him. Left tackle Takoby Cofield doesn’t have a second to adjust his blocking scheme and down goes the quarterback. The second sack Bighill again uses his speed, this time to blow past a discombobulated Tre Mason, who doesn’t have a chance. The final sack was a combination of excellent coverage from the Bombers secondary, Jovan Santos-Knox flushing Brandon Bridge and Bighill finishing it all off by never quitting on the play and taking the proper angle to track down the Riders nimble backup quarterback.

There are many reasons why people are starting to take the Winnipeg Blue Bombers more seriously. Certainly being on a four-game winning streak helps win back fickle fans. Also, despite the up and down year from the offence this season, the fact remains the Bombers lead the league in both offensive points scored and touchdowns, so Matt Nichols and Andrew Harris know how to capitalize on all the turnovers their defence creates. It is that big-play defence that can take Winnipeg deep into the playoffs and in the heart of that defence is Adam Bighill. He may not win the MOP, but he deserves to be in that conversation. Or at least that’s what I’m going say the next time I’m hanging out with Marshall Ferguson and I want to pretend like I’m half as smart as he is.