The CFL’s Scouting Bureau is comprised of CFL scouts, player personnel directors and general managers from the league’s nine teams. The final edition of the list comes in April following the National Scouting Combine and the first was published in September.

Please note: The number in parentheses is the player’s ranking from the last CFL Scouting Bureau published in August. 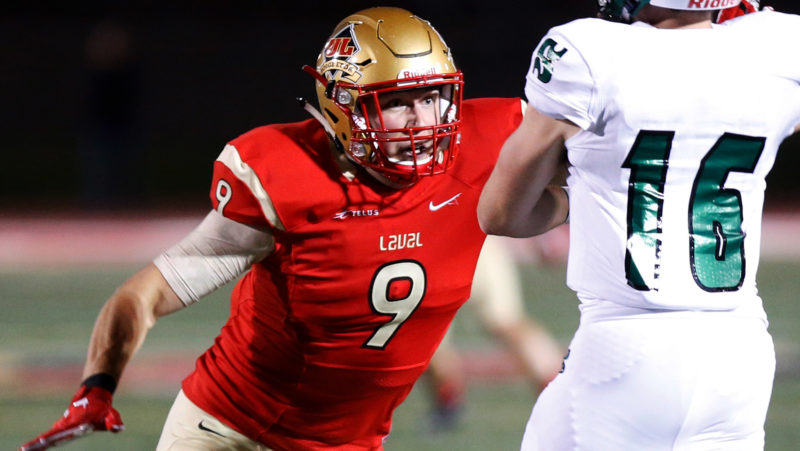 Betts jumped a spot to gain the first overall position in the winter rankings. In 2018, Betts capped a very successful fourth year with the Laval Rouge et Or by capturing the second Vanier Cup of his career. The Montreal native became the first player in history to claim the J.P. Metras Trophy three times, the first to win four major U SPORTS awards during his career. He led U SPORTS with nine sacks on the season and totalling 14 tackles for a loss. Betts also received an invite to play in the East-West Shrine Game in Florida.

Richards will play his final collegiate game for the Cowboys against Missouri on New Year’s Eve in the AutoZone Liberty Bowl. He redshirted in 2017 and appeared in four games in 2016. Prior to college he played for Crescent Heights in Calgary and then one season with the New Mexico Military Institute (JUCO). He has moved up from the fourth spot. 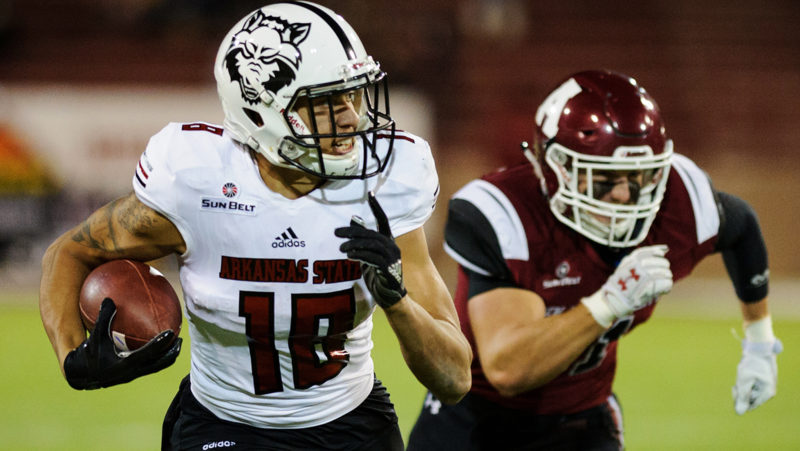 McInnis in his third season with the Arkansas State Red Wolves the receiver finished second on the team with 56 receptions, for 694 yards and six total touchdowns to help lead the team to an 8-4 record and an Arizona Bowl appearance against Nevada. His best game in 2018 came against University of South Alabama where notched 177 receiving yards, a touchdown on seven receptions.  In his three seasons with the Red Wolves, McInnis compiled 115 receptions for 1,577 receiving yards and 10 touchdown receptions. McInnis is a native of Pierrefonds, QC. 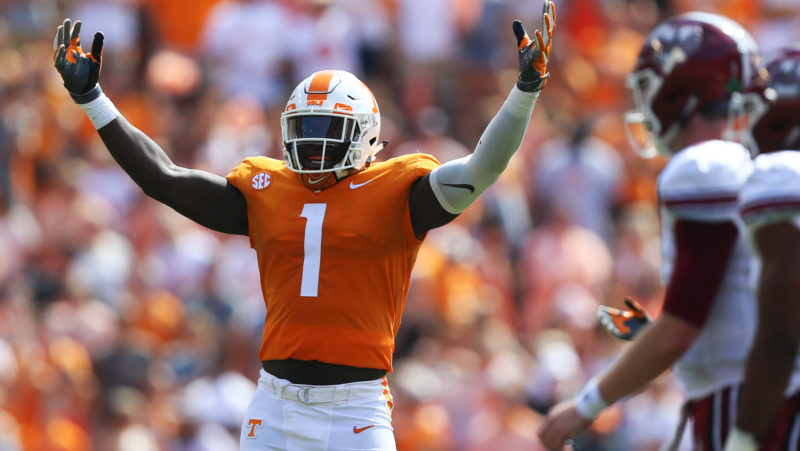 Kongbo finished his three-year career with the Tennessee Volunteers where he appeared in 30 games where he compiled 51 tackles (20 solo, 31 assisted), 5.5 tackles for a loss, 3.5 sacks and two interceptions. In his senior season, he saw his season cut short following a season-ending knee injury against the Auburn Tigers. The Surrey, B.C. native notched a season-high five tackles against Georgia. Prior to going to University of Tennessee Kongbo as a freshman attended Wyoming where he redshirted. Following that he went to Arizona Western College (JUCO) where he played a season and was rated the number one JUCO prospect.

Fontana started at centre in the season-opener and saw action on the offensive line for the Jayhawks throughout the season. The Toronto native started at centre in his first two seasons at the New Mexico Military Institute before transferring to Houston, where he made five starts and appeared in 11 games as a junior. He missed his original senior year due to injury before transferring to Kansas

16 schools are represented on the list with Laval (three), Laurier (two) and UBC (two) having multiple prospects on the list.