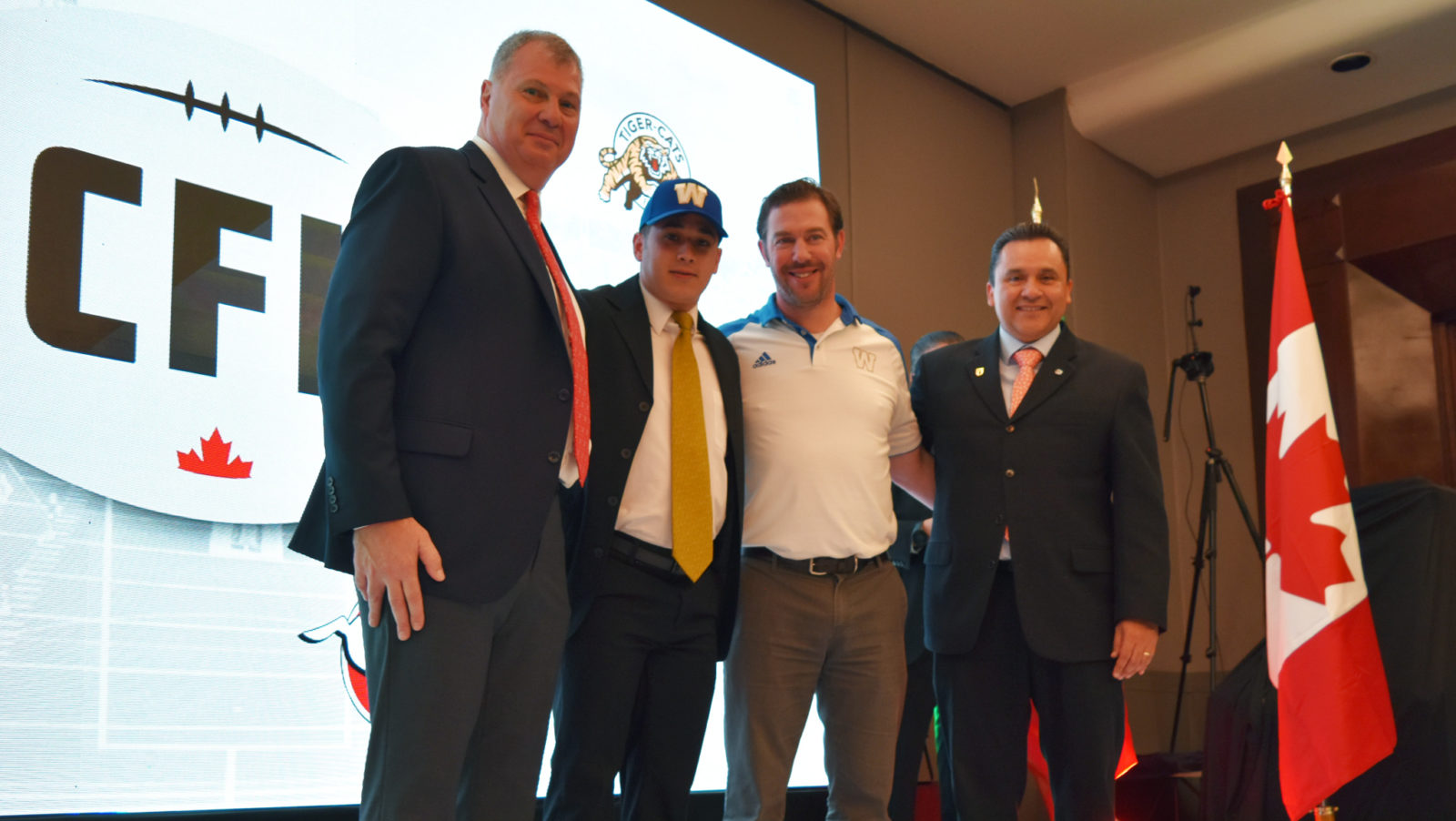 MEXICO CITY — A day after scouting Mexico’s top football talent, Canadian Football League teams made their selections at the draft on Monday in Mexico City.

Monday’s draft gives teams exclusive rights to their respective selections. The draft, which consisted of three rounds, was held after LFA players put their ability on display in Mexico City at the LFA Combine. Of the 51 draft-eligible players, 27 were chosen.

“I met with many coaches of all the teams but with the Edmonton coaches I was really chatting about football, about why I love to play, what was my biggest dream and I felt a connection,” said Cotera. “I’m very grateful for today. I’m very thankful for the organization of the Edmonton Eskimos for putting this trust in me. They won’t regret it.”

Prior to the 106th Grey Cup presented by Shaw last year in Edmonton, the CFL and LFA signed a letter of intent that will see them work together on several projects including possible CFL games in Mexico.

A summary of the draft can be viewed below: