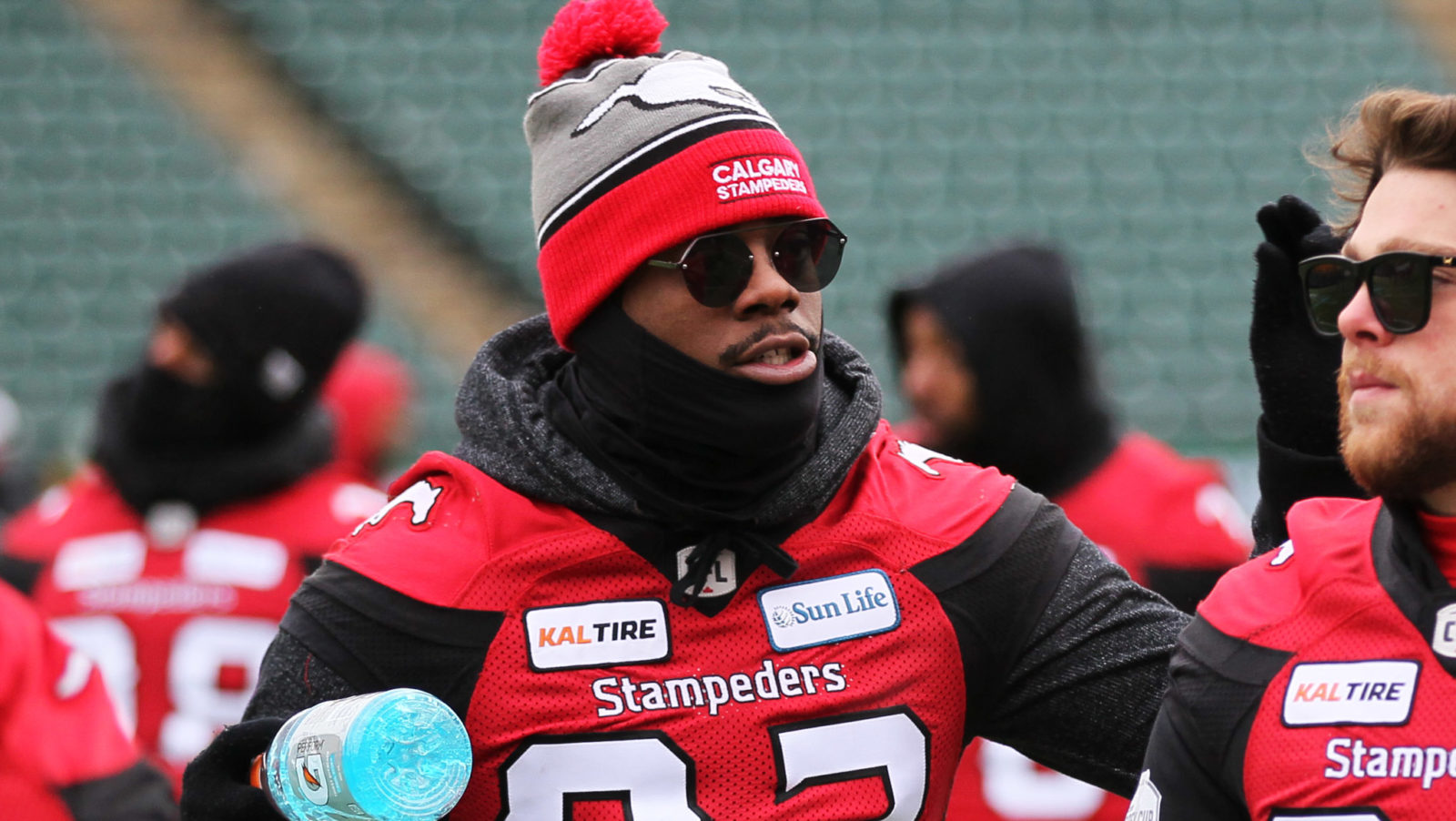 CALGARY — The Calgary Stampeders have re-signed national defensive lineman Ese Mrabure, the team announced on Monday. A four-year CFL veteran who joined the Stamps as a free agent a year ago, Mrabure had been eligible to become a free agent on Tuesday.

In his first season with the Stamps, Mrabure dressed for 11 regular-season games and recorded four tackles, two sacks and one fumble recovery.

“Ese is a versatile player and his return fortifies our depth on the defensive line,” said Stampeders president and general manager John Hufnagel. “His first year in Calgary was hampered by injury and I look forward to seeing what he can do for us over a full and healthy season.”

In 49 career games for BC, Saskatchewan and Calgary, Mrabure has 43 defensive tackles including two tackles for loss, two special-teams tackles, five sacks and two fumble recoveries. The Wilfrid Laurier University product was a first-round pick by the Lions in 2015.

“My first year in Calgary was a bit of a bumpy ride because of injuries but it was still very enjoyable as we finished on top of the division, on top of the league and we came away with the Grey Cup,” said Mrabure. “This year, I want to make more of an impact on a consistent basis and I’ve been working hard this off-season to make sure I’m healthy. I’m looking forward to getting going again as we try to go back-to-back with a Grey Cup win on our home field, which would be an incredible feat.”