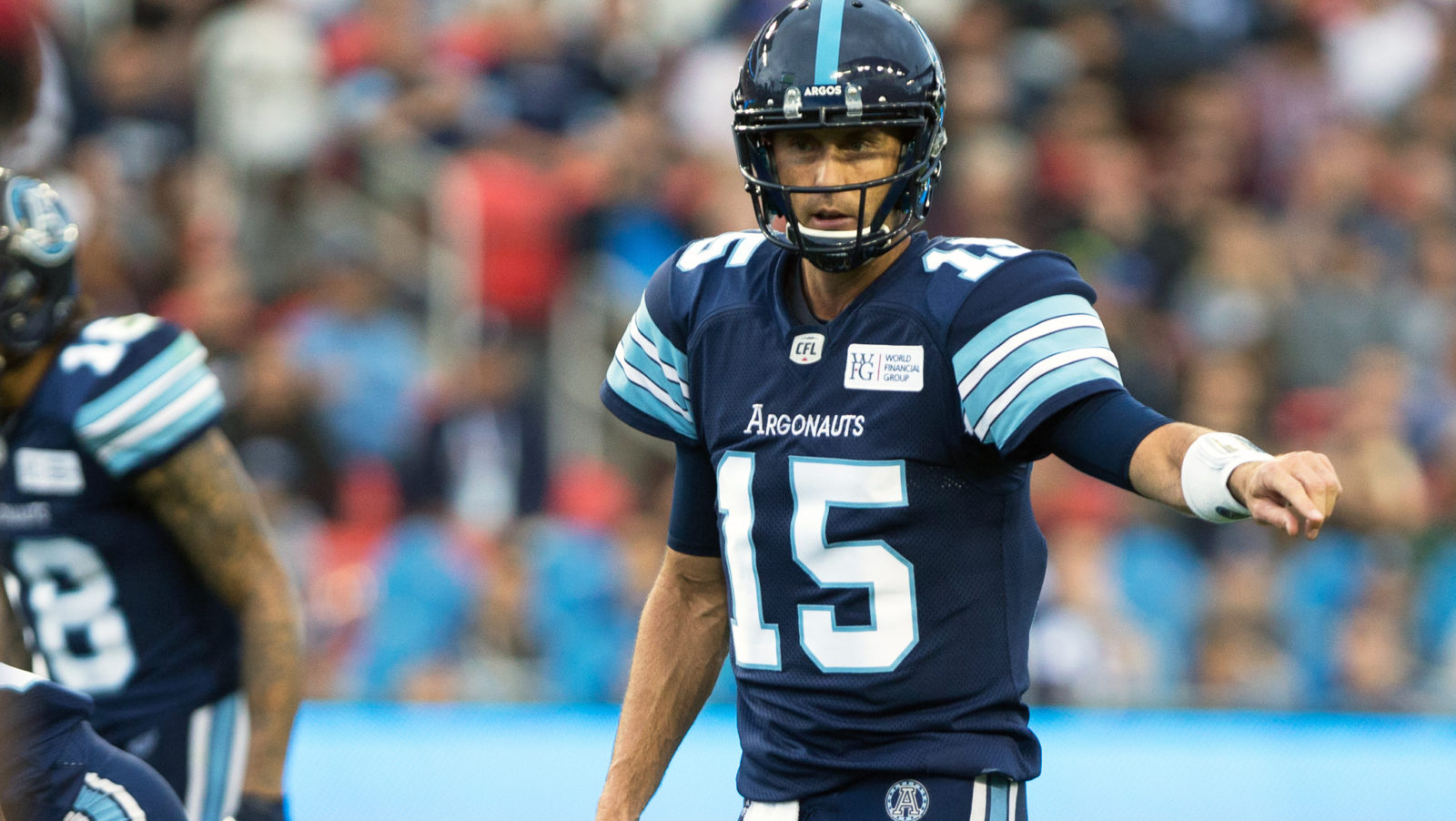 What Ricky Ray accomplished in 16 CFL seasons is anything but quiet. Ray officially announced his retirement last week and he’ll finish his career with four Grey Cup wins and three league All-Star nods, among many other things. Yet, as loud as those accolades scream, Ray went about his business in a markedly understated way, on and off the field.

Ray was never flashy or outspoken off the field. What he was, though, was articulate, cordial, and a great ambassador for the Argos, Eskimos, and the CFL. Ray went about his business with a humble confidence, which shouldn’t surprise anyone knowing where he came from. Humility is part of Ray’s DNA.

Many are familiar with the story, but it’s worth summarizing. Ray had to go the junior college route before landing an NCAA gig with Sacramento State for a couple seasons. After getting cut in the NFL, he ended up in Arena Football’s developmental league with Fresno, coached by former CFL quarterback Rick Worman.

It took traveling that long, winding road to earn a tryout with Edmonton ahead of the 2002 season, facilitated in part by Worman. Finally, Ray was in a “the rest is history” position, which is how things turned out; he never looked back and his hall of fame career took off.

And, yes, it’s true; his years after college saw Ray fighting tooth and nail for a place in pro football while also working as a driver for Frito-Lay. The whole thing would make for a pretty good Marvel origin story movie and it explains so much of why Ray went about the business the way he did.

Ray’s approach and demeanor on the field wasn’t that much different for how he carried himself off of it. Flashy and explosive aren’t the adjectives you’d use to describe how Ray played the game. Nope, instead you’d use terms like precision, accuracy, and cerebral, because no one incrementally picked apart a defence better than Ray.

A simple statistical breakdown tells that story. Ray retires as the most accurate quarterback in CFL history with a 68.2 per cent career completion rate (former Ray understudy Trevor Harris is currently at 70.4 per cent through seven CFL seasons). Ray also retires fourth all-time in passing yards (60,736), third in completions (4,976), and fifth in passing touchdown (324), but it’s his laser precision that he’ll always be remembered for.

Of course, there were some pretty loud moments during Ray’s time in Edmonton and Toronto. There was that blockbuster trade in December of 2011 that stunned the league, for instance. But two of Ray’s final throws resonate with me when it comes to his ability to break a game wide open.

Down three to Saskatchewan with less than three minutes to go, Ray led the Argos on a 68-yard drive culminating in a game-winning touchdown to win the 2017 Eastern Final 25-21. Part of that drive was a gutsy 22-yard completion over the middle to James Wilder Jr. on third-and-five. It’s a play I’ll always remember; it was bold, risky, and perfectly thrown by Ray onto the fingertips of Wilder. Even though Toronto won the Grey Cup a week later, that play will always be the defining one of their 2017 run.

Speaking of that Grey Cup triumph over Calgary, though, Ray had another huge moment that night in Ottawa. From his own 10-yard-line early in the second quarter, Ray found DeVier Posey behind the Stampeders’ secondary for a perfect 34-yard completion. Posey sprinted 66 more yards for the longest reception in Grey Cup history en route to a 27-24 vicotry.

Yep, Ray had some extremely loud moments during his 16 years in this league. But it’ll be his quiet, understated nature on and off the field that will resonate with me down the road. Ray will go down as one of the best of his era and one of the best of all time. You don’t use the word quiet very often when talking about a player like that.

Has anyone else noticed how busy significant player movement has become all of a sudden? February’s free agency period got started with unprecedented action, but we’ve been in a lull over the last few number of weeks. Well, until this past week, that is.

Four-time CFL All-Star linebacker Solomon Elimimian leads the way with his move to Saskatchewan. Less than two weeks after being released in BC, the Riders landed the two-time Most Outstanding Defensive Player late last week.

Despite missing all but four games last season, Elimimian is a second huge defensive addition this off-season in Regina. He joins defensive lineman Micah Johnson, who signed with the Riders early in free agency. With returnees Loucheiz Purifoy and Ed Gainey in the fold for 2019 too, Saskatchewan should boast one of the league’s elite defences once again.

In the latest from The Waggle, Donnovan Bennett breaks down which teams won and lost in the 2019 CFL Draft, while Davis has the inside scoop on why new Riders linebacker Solomon Elimimian was released by the Lions.

Elimimian isn’t the only former defensive All-Star on the move, either. 2017 East Division All-Star Dylan Wynn is back in the CFL after signing on with the Hamilton Tiger-Cats. Wynn spent the last two seasons with the Toronto Argonauts and suited up for six games with the Arizona of the AAF. Now in Hamilton, Wynn will be a nice compliment to Ted Laurent in the middle of that defensive line.

There were newsmakers on offence, too, led by Grey Cup winner Chris Matthews. After a short, successful stint with Calgary, Matthews is heading back to Winnipeg, where it all began when he was the Most Outstanding Rookie in 2012. Matthews tried his hand south of the border but elected to return to the CFL, which is huge news for the Bombers. He’ll provide a big, dangerous red zone target for a team that struggled for options in 2018.

And we’ve got two other big names to keep an eye on in the coming days and weeks, too. Receiver Bryant Mitchell is on the market after being released by the Arizona Cardinals. If he opts to return to Canada, Mitchell will be extremely sought after; he was just coming into his own prior to leaving for the NFL (RELATED: Breaking down Mitchell’s possible landing spots).

Finally, an intriguing name at running back could be snapped up late in the game. Alex Green’s release in Hamilton caught a number of eyes last week and puts a dangerous threat on the market. While some wonder about Green’s age (30) and injury past, no one can argue how dynamic he is. Green racked up 12 rushing touchdowns in 14 appearances over two seasons with the Ticats, so you can bet he’ll get plenty of interest.