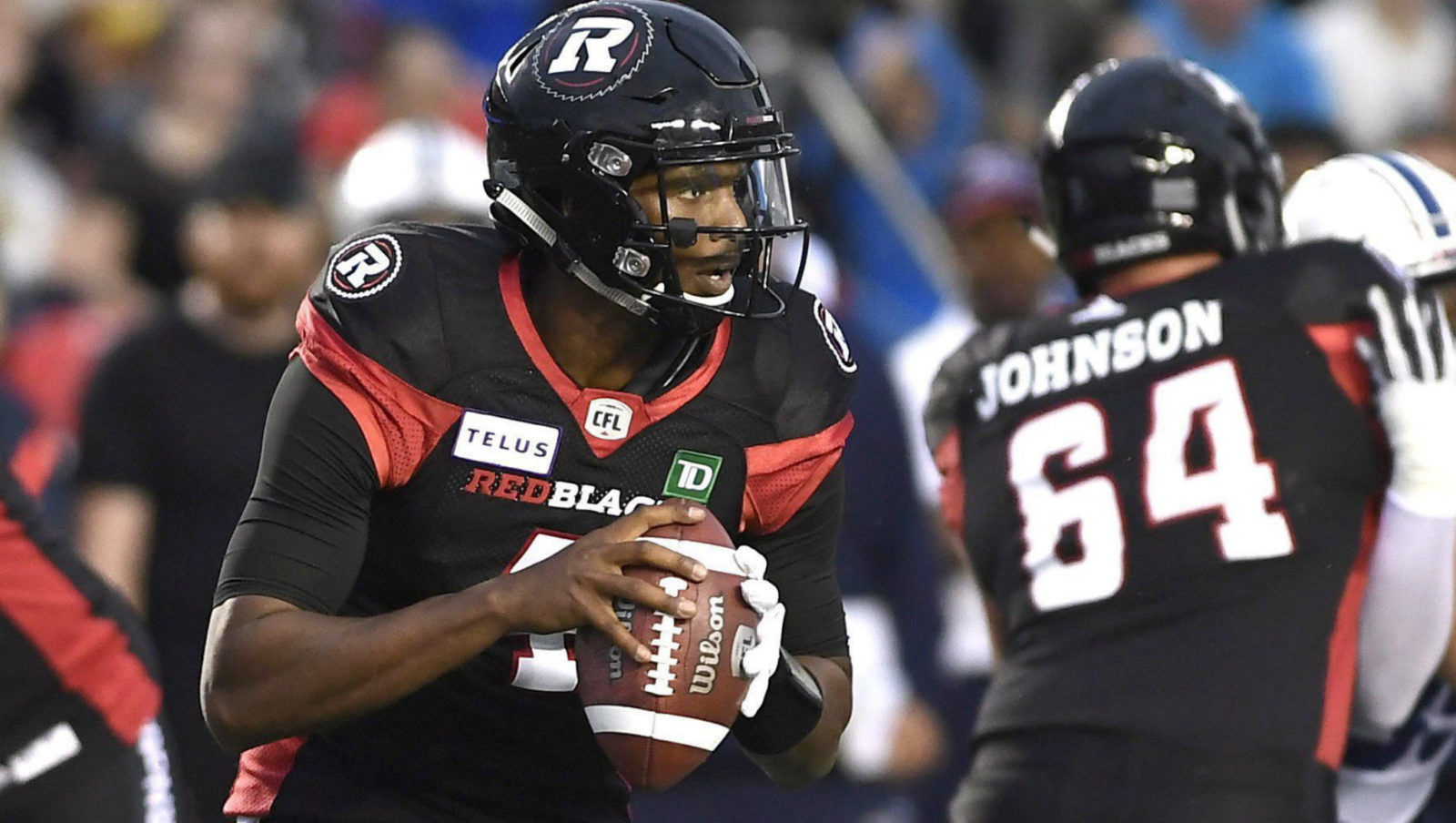 OTTAWA — After months of speculation, the Ottawa REDBLACKS have decided on their starting quarterback.

Dominique Davis will start under centre when Ottawa opens their season.

The six-foot-three, 215-pound pivot was competing for the starting role with off-season acquisition Jonathon Jennings. Davis played the first quarter in the REDBLACKS pre-season game against the Hamilton Tiger-Cats on Saturday, completing five of seven passes for 118 yards. His competition, Jennings, played in the second quarter and completed four of eight passes for 75 yards.

That performance, and practice over the last few weeks of training camp, seemed to be enough for Ottawa to name the 29-year-old the starter for the June 15 match against the Calgary Stampeders.

Davis was the backup to Trevor Harris for the REDBLACKS last season, playing in all 18 regular season games and was mostly used in short-yardage situations. He completed 24 of his 39 pass attempts for 373 yards, three touchdowns and one interception. He added 40 carries for 73 yards and six touchdowns on the ground.

Ottawa is back in action for their final pre-season game on Thursday when they take a trip to Montreal for a contest against the Alouettes.