TORONTO — The Canadian Football League (CFL) announced on Monday that it has signed a Mexican broadcast deal with MVS. As part of the agreement, MVS will broadcast a CFL ‘Game of the Week’ beginning with the Week 1 Grey Cup rematch between the Ottawa REDBLACKS and the Calgary Stampeders on Saturday, June 15.

The broadcast deal continues the momentum stemmed from the league’s international strategy, CFL 2.0. During Grey Cup week in Edmonton, the CFL and Mexico’s Liga de Futbol Americano Profesional (LFA), signed a deal of intent that led to the LFA hosting a combine for CFL teams followed by a three-round draft.

“This is another important step forward in our plan to expand the CFL’s international footprint while celebrating and growing the game of gridiron football around the world,” said Randy Ambrosie, Commissioner of the CFL. “We’re thrilled that CFL rosters feature more than two dozen players this year from countries outside Canada and the US, including 18 from Mexico, as we partner with the Liga de Futbol Americano Profesional in Mexico and gridiron football federations across Europe. We’ve seen large numbers of Mexican fans engaging with our online content and we’re confident this positive trend will continue with this landmark agreement with MVS.”

Below is the MVS CFL Game of the Week Schedule:

“MVS has promoted sports since it was founded 30 years ago in 1989. In terms of Football, we have supported this exciting game across all its levels, including professional and college, in Mexico, Canada and the USA,” said Alejandro Vázquez-Vela Duhalt, Content, General Director. “With the recent relaunching of MVStv, we will continue to champion the best in sports through our live broadcast of the Canadian Football League’s 2019 season across Mexico on our free and pay television platforms”. 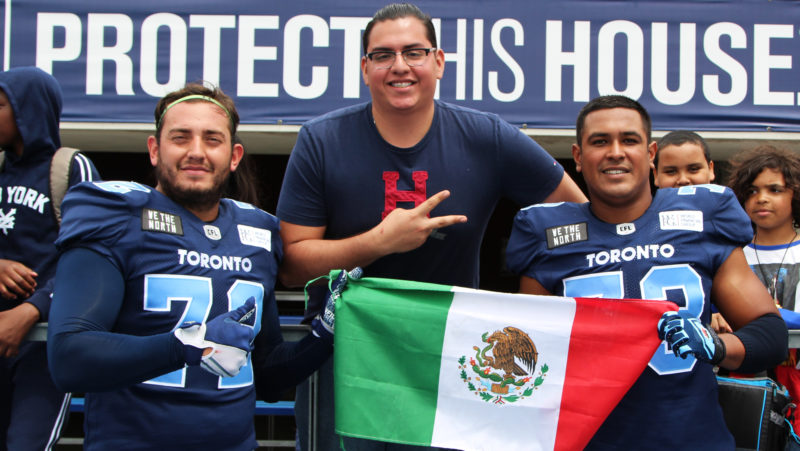 Under the new Collective Bargaining Agreement, rosters were expanded to include one active global player and the ability to carry up to two global players on the practice roster. Following cut down day, the following Mexican players are on active or practice rosters to begin the 2019 CFL Season:

The 2019 season begins on June 13 when the Saskatchewan Roughriders face off against the Hamilton Tiger-Cats. Fans can stay up to date on all the non-stop action at CFL.ca, follow the 2019 season from around the world, and join us at a game. The 107th Grey Cup presented by Shaw will be played at McMahon Stadium in Calgary on Sunday, November 24.