Accuracy Grades: Who was on target in Week 1? 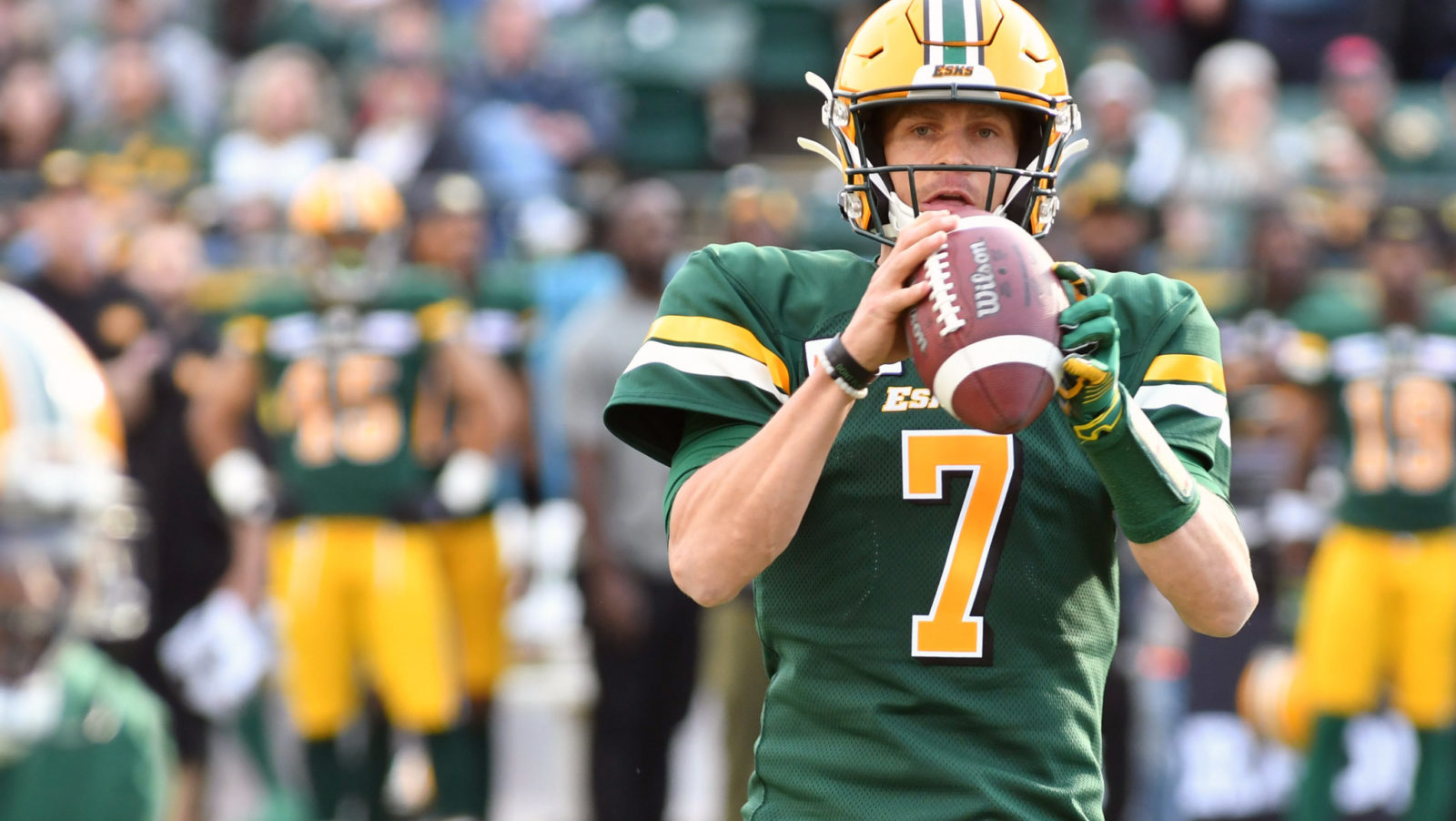 Accuracy Grades: Who was on target in Week 1?

Week 1 in the CFL saw 12 quarterbacks attempt a snap across the eight teams in action. It was a crazy way to start the season with all three Saskatchewan quarterbacks getting on the stat sheet and two Alouettes passers in Antonio Pipkin and Vernon Adams Jr. while Ottawa pivot Dominique Davis – despite throwing four interceptions and no touchdowns – kept new backup Jonathon Jennings holding a clipboard on the sidelines.

Let’s take a look at this week’s accuracy grades from across the CFL. 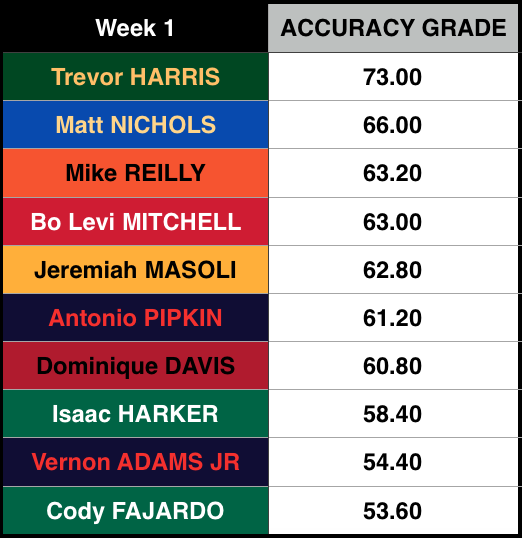 Fajardo and rookie Isaac Harker struggled to find the mark at times for the Riders in quick relief of the injured Zach Collaros, but more staggering than their accuracy grades is the disparity of yards in air per pass attempt, with Fajardo averaging just 3.88 yards in air per attempt and Harker airing it out to the tune of 11.53 yards per attempt — NOT including his game ending 55-yard Hail Mary heave to the end zone which was intercepted to send Saskatchewan home 0-1.

While Vernon Adams Jr. came in to relieve Antonio Pipkin of his lower leg injury in Edmonton Friday and sparked a near comeback for the Alouettes, it wasn’t much due to his on target accuracy. Like Fajardo, Adams Jr. is well known as a play maker more than a pocket tactician, resulting in relatively low scores.

Surprisingly, a quarterback who won on the road in a season opener landed in the bottom half of the weekly grade rankings. Dominique Davis of the Ottawa REDBLACKS landed in the sixth slot after struggling to find the mark consistently against Bo Levi and the Stampeders. To Davis’ credit, he did just enough, powered by the legs of Mossis Madu and up-front blocking of an all-Canadian group of linemen, to steal the victory in Calgary, the first team to do so pre-Labour Day since August of 2014.

On a soggy night in Hamilton, Ticats QB Jeremiah Masoli appeared to start 2019 slower than expected, but when you compare his accuracy grade to Calgary’s Bo Levi Mitchell and BC’s Mike Reilly the performance really wasn’t as poor as many felt walking out of Tim Hortons Field with a tight victory.

Where separation did occur in Week 1 accuracy grades was in the top three, specifically at the top: 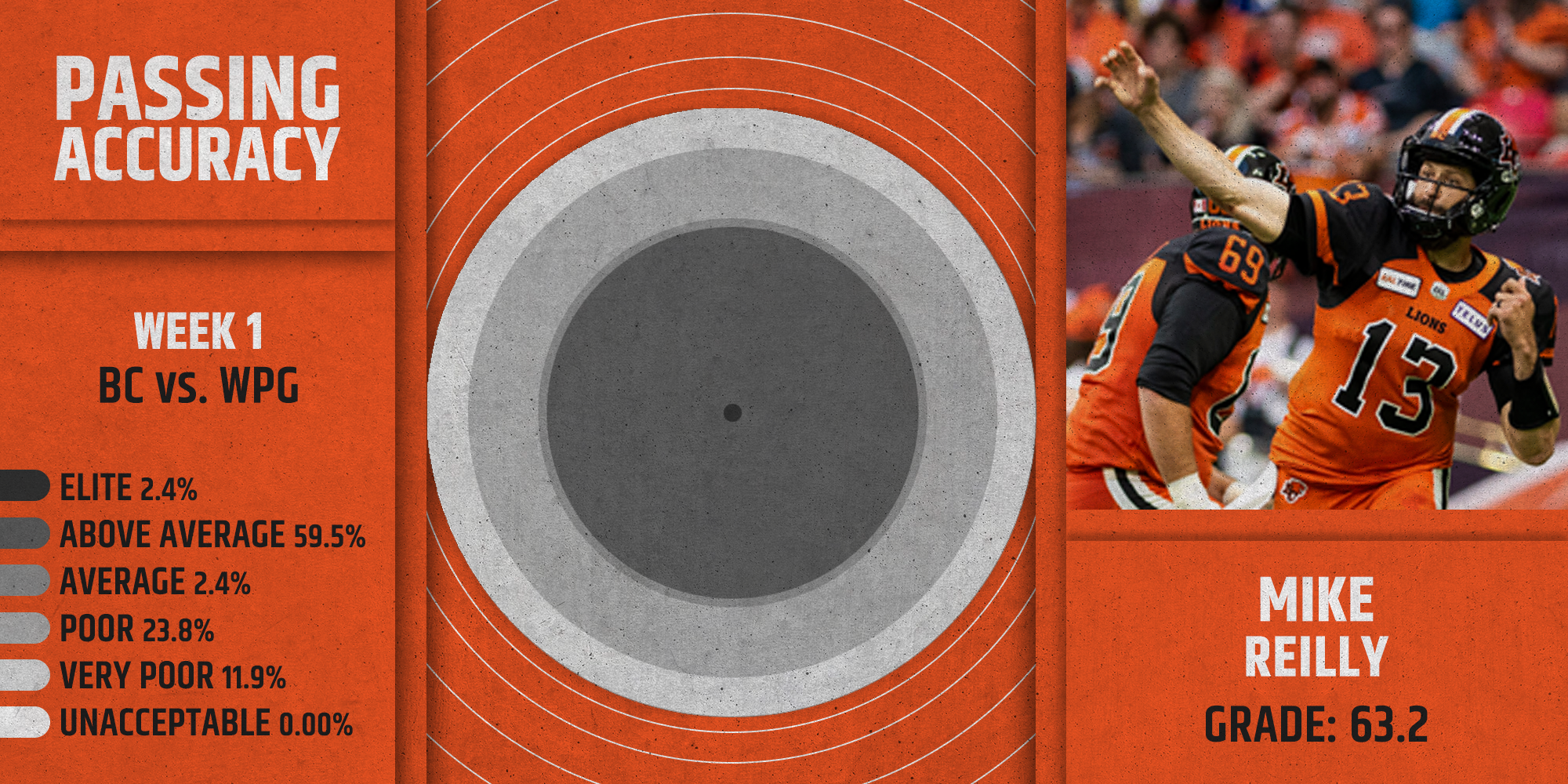 Despite the disappointing season and home opening loss to the Winnipeg Blue Bombers, Mike Reilly set a solid foundation for 2019 on Saturday night, barely squeaking past Bo Levi Mitchell’s grade to make the podium of on-target performances.

The tandem of Reilly and Bryan Burnham should continue to grow and complement each other as the season goes on, and Reilly’s willingness to hang the deep ball up in that Pacific Ocean air should always be in mind when judging his perceived accuracy inequalities. 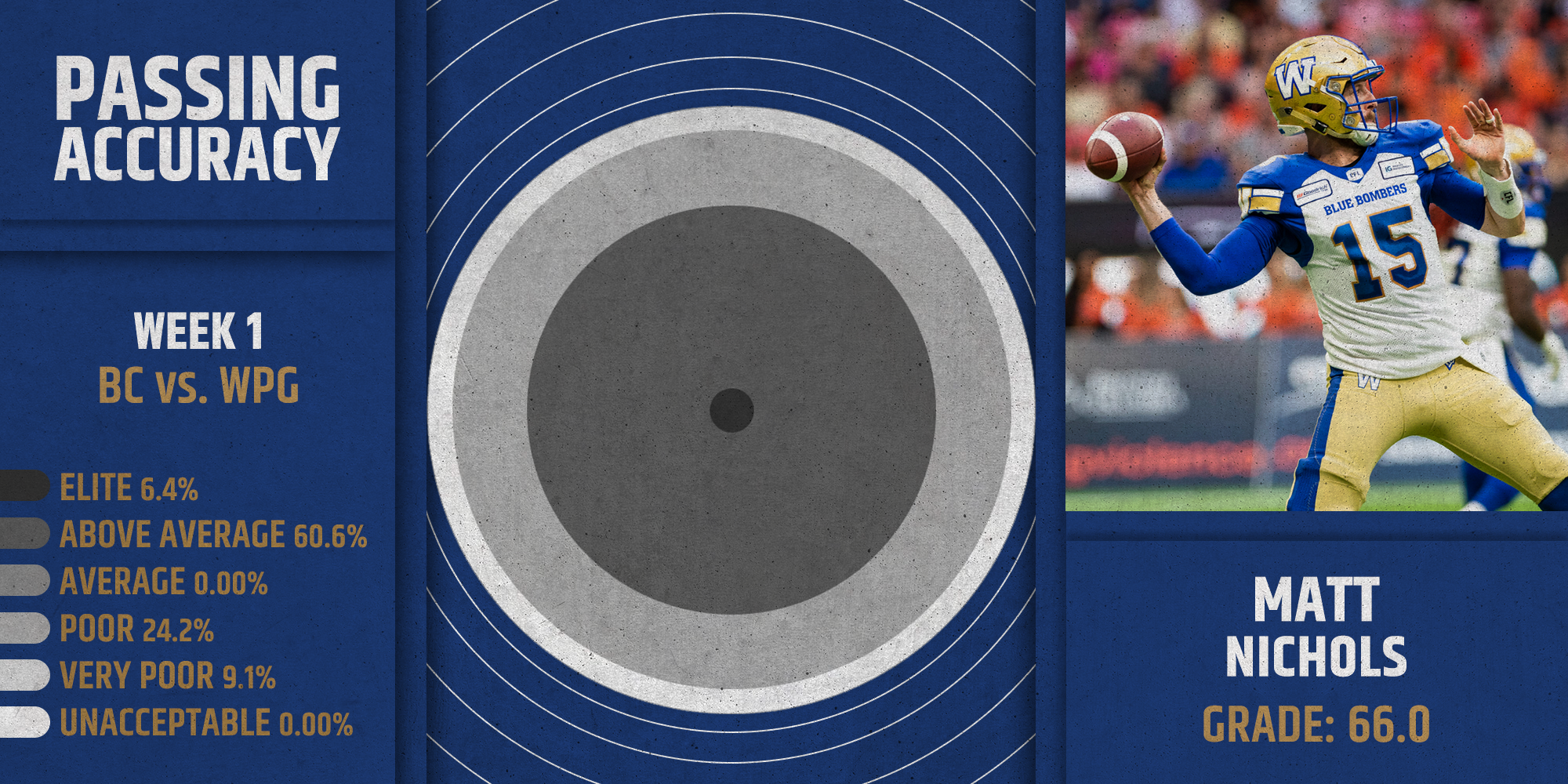 I thought Matt Nichols made a statement Saturday in Vancouver with a couple throws in particular. Throwing on the run, dropping dimes to the deep corner for a touchdown and fitting a couple of rocket shots in behind linebackers down the middle of the field impressed me.

Despite coming second this week, Nichols actually had the highest percentage of big time or ‘elite’ throws (6.4%). 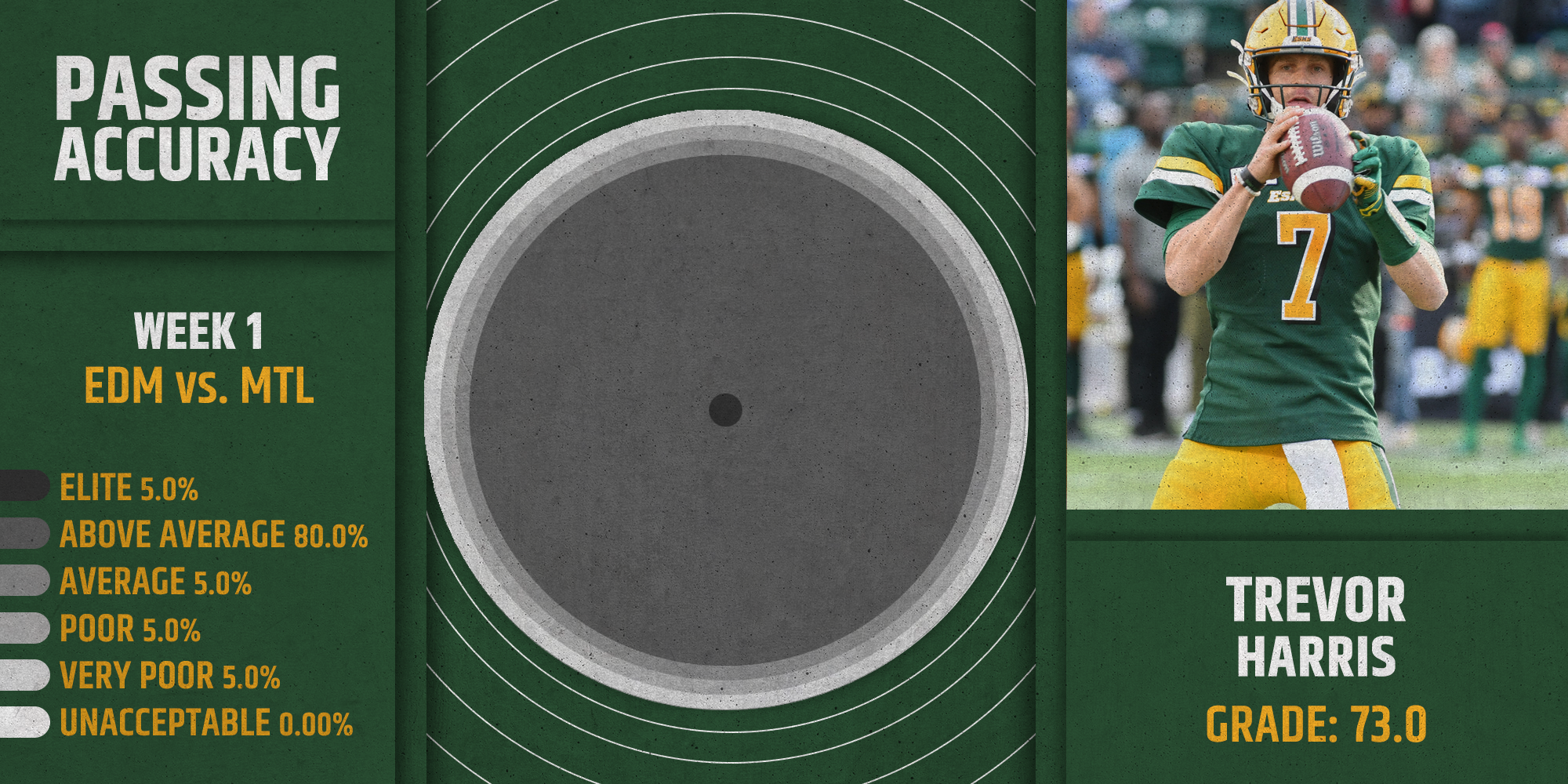 Trevor Harris picked up right where he left off from the Eastern Final victory over Hamilton last November in terms of on-point accuracy with the football and limiting mistakes.

The secret to Harris success aiming the football and locating it isn’t much of a secret at all. He maneuvers the pocket so well and takes what is best while also throwing darts from within the pocket as he did on a beautiful back shoulder ball against Montreal in the season opening win.

Week 2 sees James Franklin of the Argonauts take his first kick at the can while Dominique Davis and Cody Fajardo will attempt to find the dart board against each other Thursday. Meanwhile, Mike Reilly enters his old stomping grounds to challenge his replacement in Edmonton in Trevor Harris to what should be a memorable archery contest.

I’ll be back early next week with a full breakdown of all three games, weekly grades and an updated 2019 season grade for each of the tremendous players who call the CFL home.