Ferguson: What makes a quarterback ‘accurate’ in the CFL? 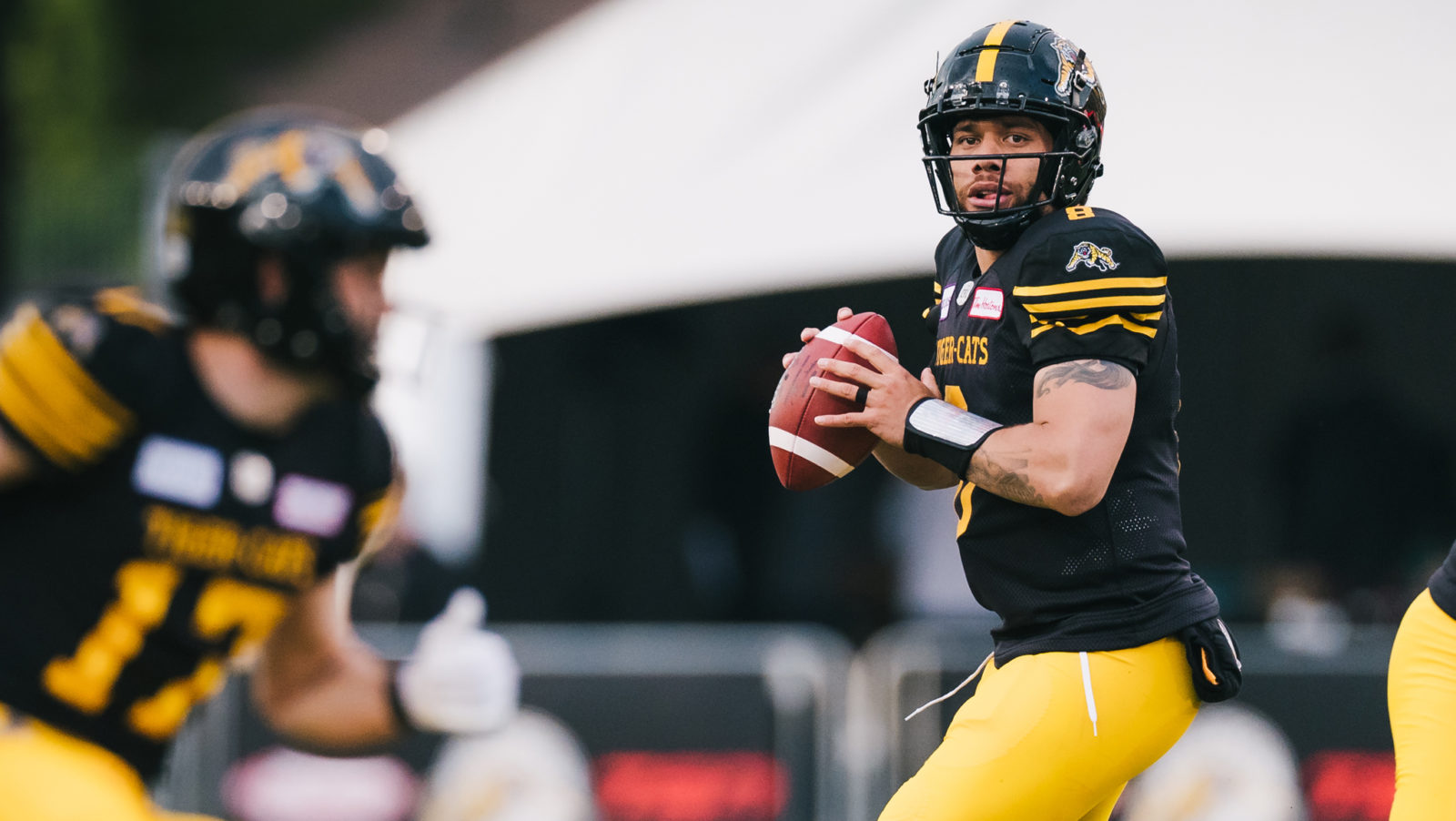 Ferguson: What makes a quarterback ‘accurate’ in the CFL?

There are plenty of determining factors that go into what makes a great quarterback, especially in the CFL.

From the wide field to the extra defender, the shorter play clock and so much more, a Canadian football quarterback is asked to maneuver a unique set of circumstances each game about 50-70 times, from sideline communication to play-ending whistle.

There are many basic ways to measure the worth and ability of a quarterback. Many we use are basic.

They all do the job of giving fans and analysts such as myself a general understanding of how the game went, but they rarely serve as more than a framework from which we have to paint the full picture inside to understand CFL quarterback play.

For the last two seasons I have bounced around the concept of finding a metric that I could present to you on CFL.ca that would paint a clear image of what makes quarterbacks effective in our game.

From evading pressure to red zone efficiency and everything in between, every option was on the table, but I came to realize that when you boil down quarterbacking to its base, what you really notice is the quarterback’s ability to deliver the football on time and on target to their receivers.

RELATED
» ‘He Has Those Traits’: Campbell on Dom Davis
» Trevor Harris lights it up in Eskimo debut
» All the best highlights from Week 1 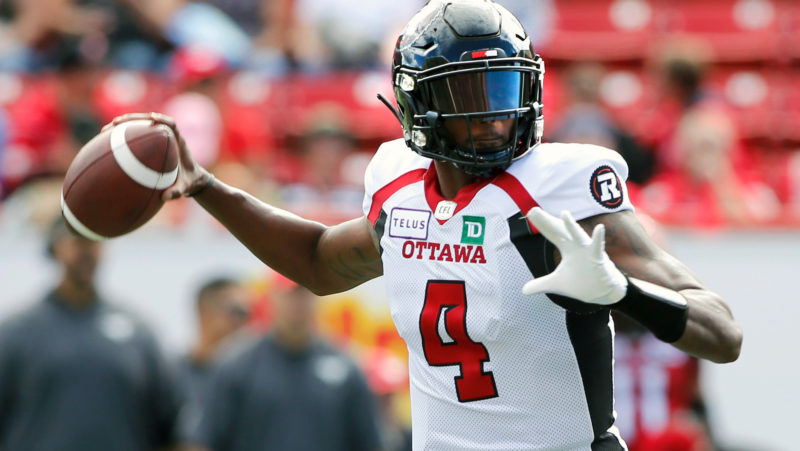 Yes, running a huddle, leadership, footwork, arm strength and many other factors play into our understanding, but the fact remains if a quarterback can’t get the ball where it needs to be consistently their team suffers for it.

With that in mind, this season I will be publishing each Tuesday on CFL.ca my weekly accuracy grades that come from reviewing every snap all year long. I have done this for the last two years and refined the process to the point where I believe it could responsibly add to the ongoing six month conversation across Canada.

Who is better? Reilly or Bo? Trevor or Masoli?

My hope is that these accuracy grades can assist – not determine – these friendly debates.

Accuracy is clearly a very objective part of quarterback play to measure. I understand that with objective metrics there is innately a difference of opinion, and that’s okay! Those discussions are what make our game great.

If a ball looks thrown behind a receiver it’s not always a miss. Sometimes the quarterback is slowing down the receiver to avoid a big collision with the safety. If it’s thrown low and away from a linebacker on a curl route, is it still inaccurate or is it done intentionally to assure the quarterback of a completion? All of these decisions and judgments happen at a high rate of speed in game and all I can do is take my time watching film to give you the most accurate results possible.

So, how will I be measuring accuracy? Simply put, each throw receives a grade from zero to five using the following rubric with visual examples from the 2018 season:

1 – Little to no chance for the receiver. Not as bad as a “0” rating but needs to be better. Typically, balls that are left a bit inside or a bit low left dangerously close to defenders, making the throw turnover worthy.

2 – Bad location. Needs to be better to give the receiver a chance. Improvement would have led to a catch.

3 – Good location. Typically accurate enough to be completed but could have helped receiver more.

4 – Exactly where it needs to be. Best case scenario. The right throw to the right spot that comes off natural and polished to the desired location.

5 – Exceptional throw. Unicorn toss that make you jump out of your seat. Trows with an increased degree of difficulty that hit the ideal spot on the field and receiver.

After completing a tracked game, the accuracy average is multiplied by twenty to get a grade out of 100, but that isn’t all.

By looking at these six levels of throw accuracy quality we can get a profile on the type of passer a quarterback is. High risk high reward? Consistent and safe?

All these judgments are put in context with the talent surrounding the CFL’s quarterbacks, their average depth and width of target etc., and at the end we get the below result. 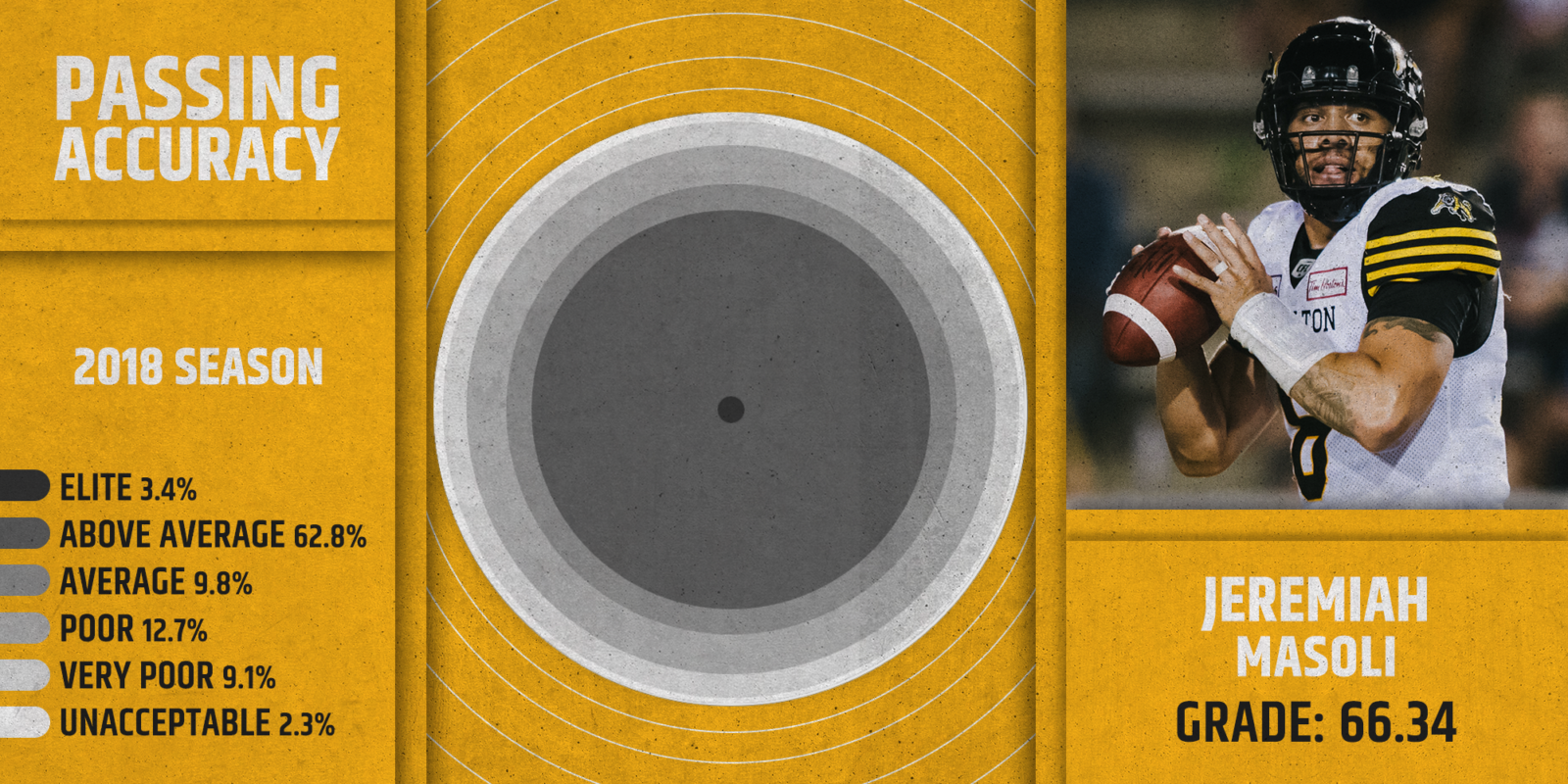 I hope you’re as excited to follow #TargetTuesdays as I am to bring them to you. With the high level of quarterback play expected across the CFL in 2019, there should be plenty of beautiful high-level tosses to discuss!