Nissan Titan Power Rankings: The return of the empire 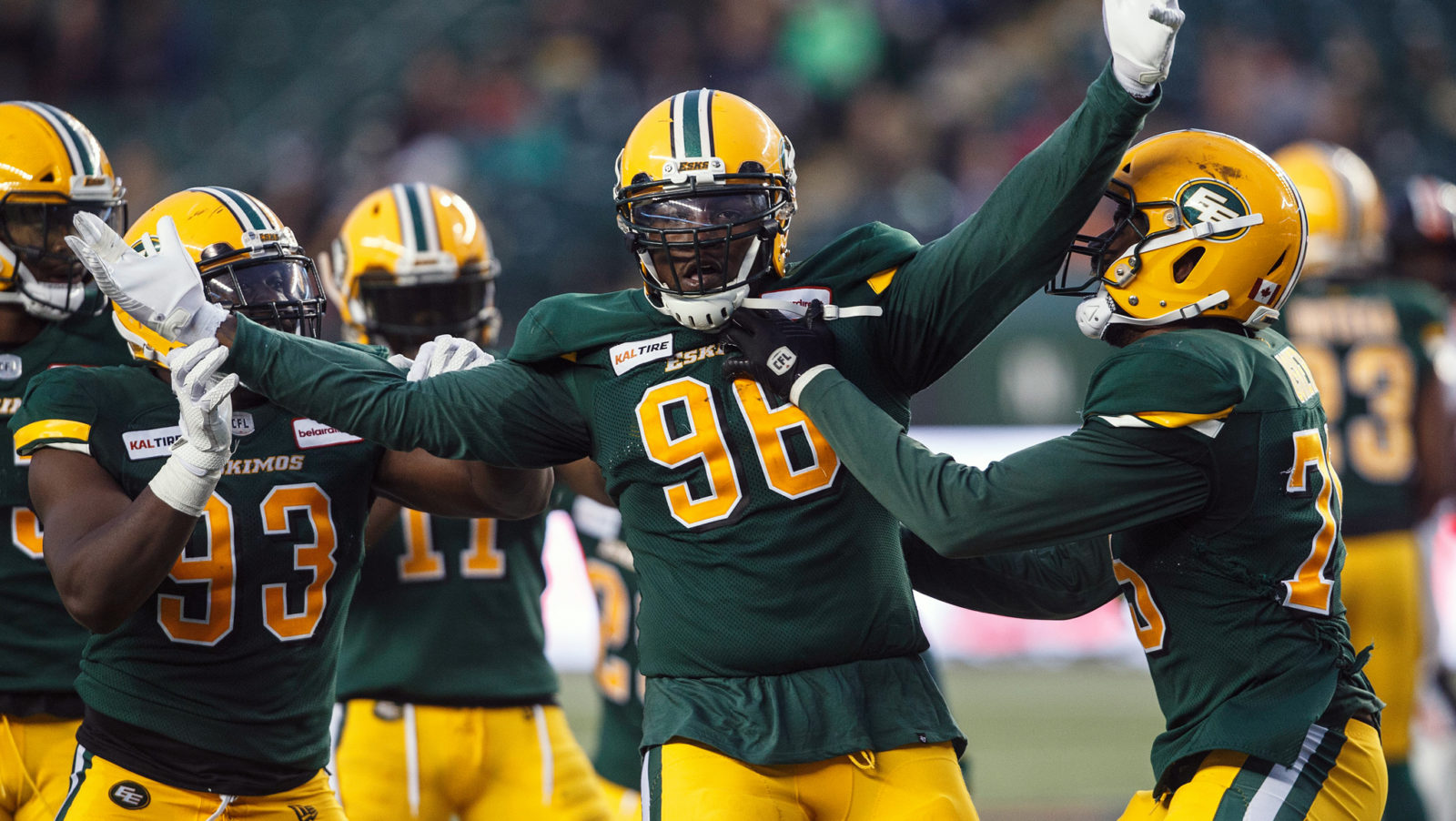 Nissan Titan Power Rankings: The return of the empire

TORONTO — Breakups can be tough, but time heals eventually and, for the Edmonton Eskimos, a 2-0 start doesn’t hurt either.

Mike Reilly‘s departure was a dark cloud over the club all winter, but in Week 2 the Green and Gold got the best of their former quarterback, sacking him seven times en route to a 39-23 win.

Jason Maas’ team has dominated on both sides of the ball early in 2019. The defence has allowed a league low 220.5 yards per game while the offence leads the CFL with 507.5 yards per contest. Not only are the Eskimos tops with nine sacks, they’re the only team in the league that hasn’t yet been sacked.

Finally, while it’s only two games, Reilly’s replacement, Trevor Harris, has completed 77 per cent of his passes and has a quarterback rating of 135.0.

A year after finishing last in the West, the Eskimos are trending up fast. More in the Nissan Titan Power Rankings:

There were no bye week blues for the Bombers, who soaked up a season-opening win and will even be a little healthier in time for a critical West Division battle. Yes, it’s early, but Thursday’s home-opener with the Eskimos is a big one, as the team looks to get Chris Matthews and Patrick Neufeld back in the lineup.

It’s only been two weeks but the Eskimos are averaging 500 yards per game and have yet to allow a sack. Trevor Harris and Greg Ellingson are league leaders and C.J. Gable is running like he’s in his 20s. On paper this has been the most dominant team in the CFL, setting up an exciting showdown with the top-ranked Bombers to kick off Week 3.

The early bye week could prove beneficial in Calgary, where the Stamps are dealing with injuries on their D-line along with several new starters on defence. Yet it was the other side of the ball that struggled in Week 1, as the only points of the second half came from a Brandon Smith pick-six. Look for a bounce back vs. BC.

After just 169 passing yards in the opener, the Ticats’ offence got back on track in a big way against the Argos, blowing up the scoreboard for 64 points and 604 yards of offence despite missing receiver Luke Tasker. Orlondo Steinauer’s team looks dominant on both sides of the ball and the Ticats are a contender as advertised.

Dominique Davis couldn’t miss in Week 2, carving up the Riders’ defence for 354 passing yards and three touchdowns. After plenty of skepticism over the winter, General Manager Marcel Desjardins comes out looking like a genius heading into a Week 3 bye. The REDBLACKS, meanwhile, look like a threat to win the East.

Mike Reilly‘s return to Commonwealth was memorable for all the wrong reasons. The Lions’ star quarterback wants to throw deep often, but isn’t getting the protection as a new-look O-line has struggled through two contests. New teams take time to gel, but how much patience can the Lions afford in such a competitive division?

Despite the end result, the Riders provided plenty of optimism throughout a 44-41 loss to the REDBLACKS, starting with Cody Fajardo, who kept rookie Isaac Harker on the sideline while proving he may just be the quarterback of the future. Oddly, the concern in Riderville may now rest with the defence, which was gashed for 424 yards.

The Als’ defence under rookie coordinator Bob Slowik will be tested in Week 3, as Taylor Loffler and Bo Lokombo are both out of the lineup while the group looks to recover from a 600-yard performance in Edmonton. Meanwhile, quarterback Vernon Adams Jr. is getting his chance to finally become a full-time starter after Antonio Pipkin‘s injury.

There’s no way to sugarcoat losing by 50 points to your biggest rival to open the season at home. One issue for the Argos, however, was on second down, as the offence converted just 33 per cent of attempts while the defence allowed a conversion rate of 68 per cent. The good news? Both of those rates probably aren’t sustainable.