Nichols optimistic after leaving with injury 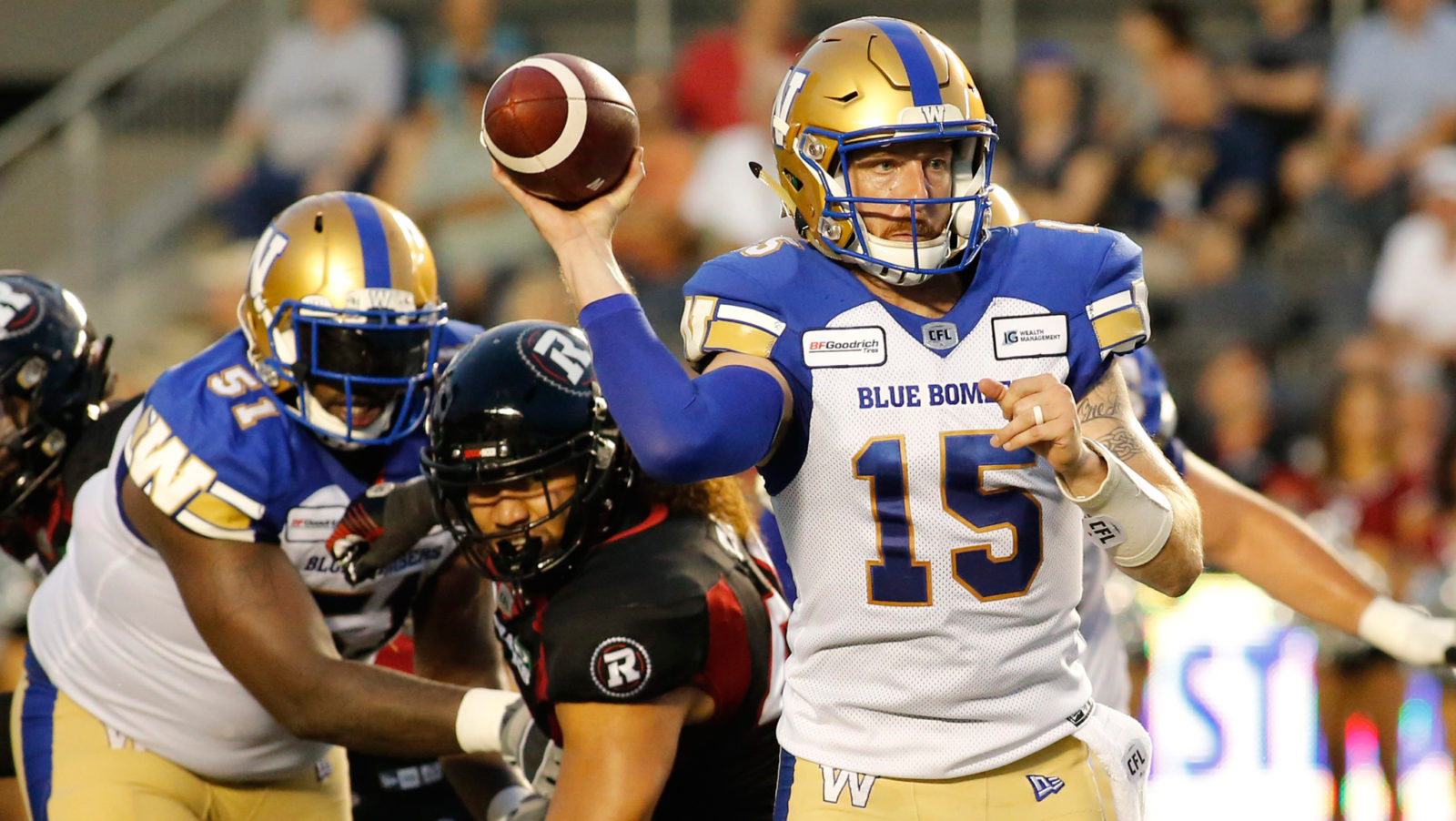 Nichols optimistic after leaving with injury

The injury occurred in the third quarter and appeared to be to the head/neck area, after Nichols took a hit from linebacker Kevin Brown following an 18-yard run.

The Bombers’ pivot completed 16 of 20 passes for 262 yards and a touchdown, staking the Bombers to 22-4 lead before being replaced by Chris Streveler.

Nichols went to the locker-room and later returned in street clothes, but was well enough after the game to speak to reporters.

“I feel great,” said Nichols. “Huge win for us, 3-0. Great start for this team this season and we’ll celebrate this one for a day and get ready to get back to work.

“It was dumb by me not sliding earlier, I know better than that,” he added. “Had to come out and with where it was in the game and everything, didn’t go back in. But right now I feel great.

“I thought I might be able to get away from the defender and pick up a few more yards — last second I felt there were people closing in from the other side as well and I kind of slid late. I should have slid earlier. It’s important for me to be out there and I have to make sure I don’t take unnecessary hits.”

It was a tough night for the Bombers on the injury front, as the team also lost receiver Chris Matthews in the first half. All in all, though, the Bombers got the job done on both sides of the ball. Their defence didn’t allow a touchdown for the second consecutive game, while the offence controlled possession for 39 minutes and racked up more than 400 total yards.

With a 3-0 record, the Bombers take over sole possession of first place in the CFL West. They’ll try to keep it going in Week 5 when the Toronto Argonauts visit IG Field in Winnipeg.

“It’s something we’ve really preached, just trying to win some of these early games to put ourselves in a better position towards the end of the season,” said Nichols. “To win some of those games against tough teams speaks to where this team can go.

“I think we have the leadership here to understand you can’t just be satisfied with starting 3-0. For us, I’ve talked about it many times, it’s resetting and trying to be 1-0 next week.”