Calgary’s defence still in ‘figure it out, get better’ phase 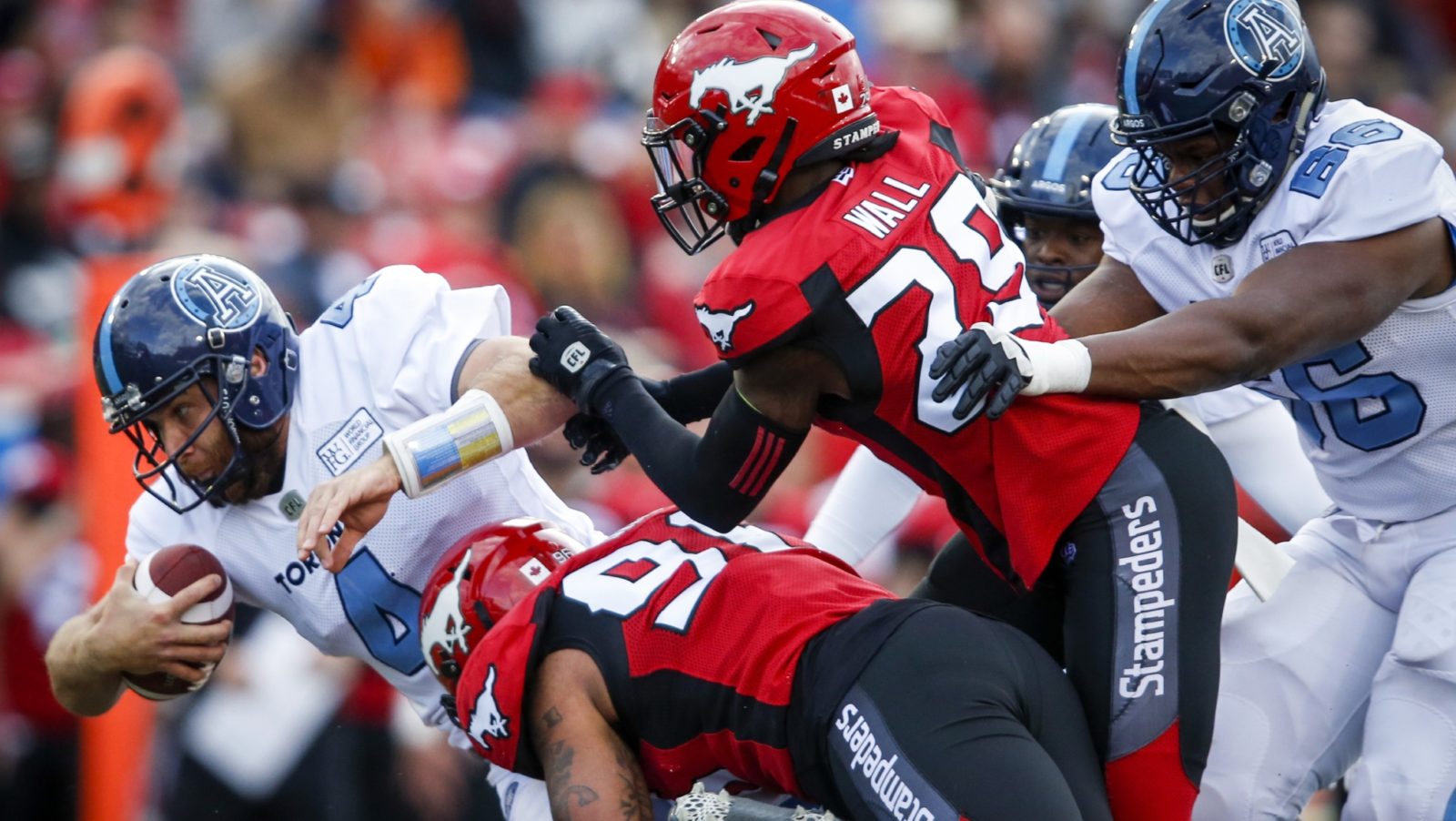 Calgary’s defence still in ‘figure it out, get better’ phase

In a game that saw both the Toronto Argonauts and Stampeders’ defences combine for nine turnovers, it was Calgary coming out on top with seven of them to go along with the 26-16 victory.

Dickenson put it quite blunt following his team’s win, saying he believes his squad took a step back on offence.

“It looked like the offence wasn’t prepared. You have to be perfect as an offence. 12 of you have to be on the same page and obviously, we weren’t.”

With the absence of Bo Levi Mitchell to injury still, Nick Arbuckle competed in his third game as starting quarterback. The young pivot showed signs of struggle against a stingy Argos defence.

“We made some plays. Bresc(acin), you could see was fresh. I think we lag a little bit of playmaker ability with our receiving corps right now. No one seems to be taking the bull by the horns and feeling like they’re scaring the defence.”

Juwan Brescacin played in his first game since going down to injury against the BC Lions in Week 3. On Thursday night, he caught five passed for 64 yards and two touchdowns, proving to be the one shining point of an otherwise struggling offence through 60 minutes of play.

Dickenson said it truly was the defence that one them the game.

“The first two games, I think a lot of people definitely jumped off of the bandwagon on our defence. Our coaches have continued to work hard and find things that our players are good at.”

Most notably, linebacker Cory Greenwood had himself a standout performance at home, tallying five tackles, a forced fumble, interception, and capping it with a fumble recovery in the fourth quarter.

“Monster game,” said Dickenson on his veteran linebacker’s performance. “He’s been doing the right things. I’ll give J.C. Sherritt a lot of credit there as well because they knew each other in Edmonton and have a great relationship. If you look at J.C., his instincts and what he did as a linebacker, he’s been able to get that into Cory’s brain. He’s always been a hitter. He can run. Now he’s seeing the field and doing the right things.”

Dickenson said his team will be needing to quicken their development and camaraderie.

“As a team, we’re still in that ‘figure it out, get better’. Everybody is going to be playing, so hopefully, our guys know if they get in there and take advantage of their opportunities then they’ll stay in the lineup.”

Next up for the Stampeders is a road trip to the nation’s capital where they’ll be taking on the Ottawa REDBLACKS next Thursday as Week 7 commences in the CFL.