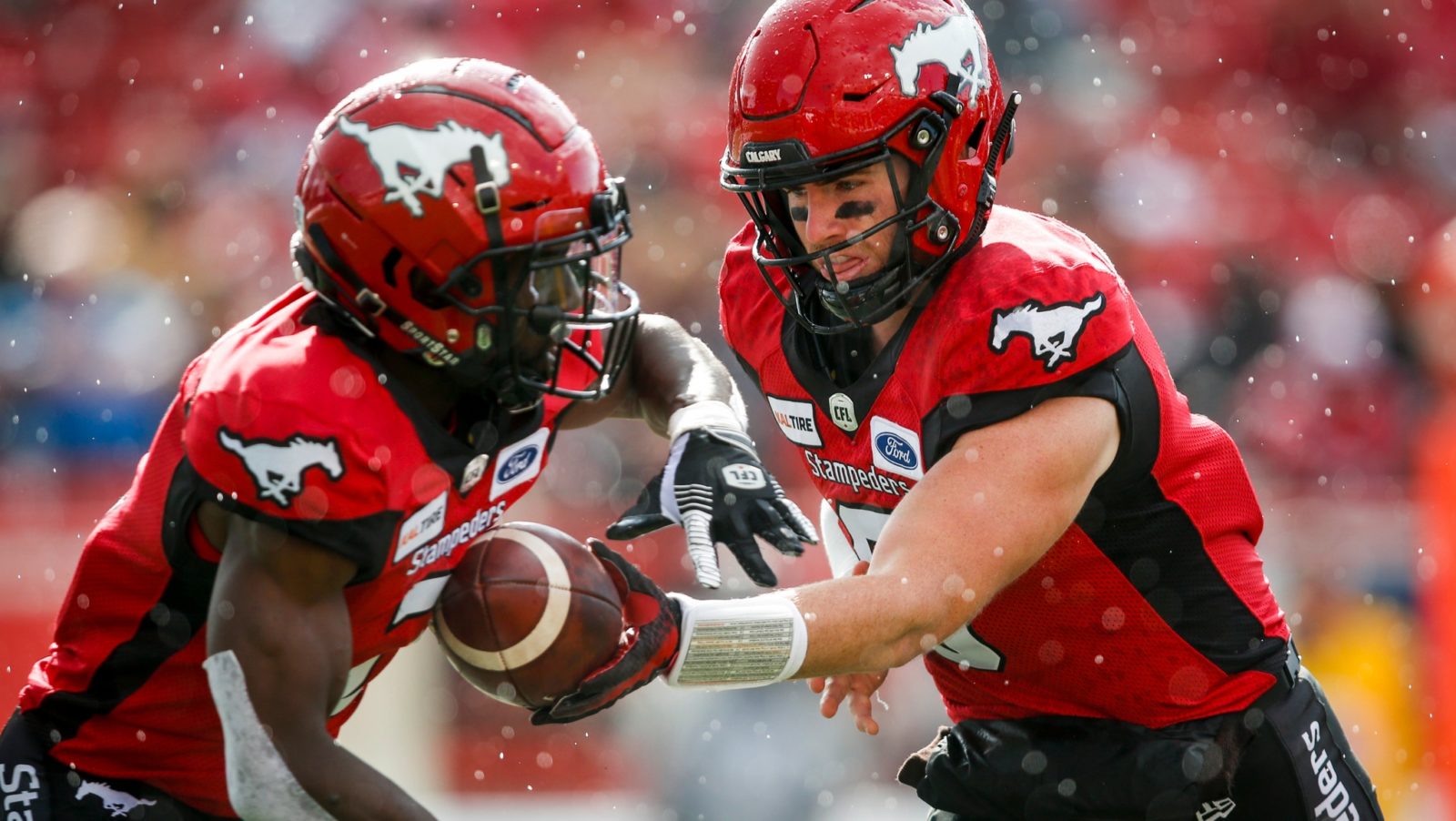 CALGARY — The Calgary Stampeders improved their record to 5-2 and now share first place in the West after their 24-18 win over the Edmonton Eskimos, but it was special teams and defence that propelled the Stamps to victory.

“We’re not pretty right now, but sometimes we’re effective and just know how to win,” head coach Dave Dickenson said after the game. “There’s a lot of things we can improve on, and I’m excited about that. If you can win when you’re not playing that well, that’s a real good thing for your team. I know we can play better. We have to play better, have to keep improving, but in order to get a W there it took a lot of heart from our guys and we got it done.”

Calgary’s defence held the Esks to just 78 offensive yards in the first half as the team went ahead on three field goals from Rene Paredes. A 103-yard kickoff return touchdown from Terry Williams reclaimed the lead from Edmonton in the third quarter, and the Stamps held on down the stretch as quarterback Nick Arbuckle effectively managed the game.

“Whenever you can beat really good football teams without playing your best football for four quarters, I think it says a lot about us,” Arbuckle said. “Once we really get going and the offence finishes more of our drives and we stop kicking field goals and start scoring more touchdowns, I think it’s going to be really scary.”

Arbuckle completed 19 of 28 passes for 189 yards and a touchdown to receiver Eric Rogers, taking what the Esks’ defence gave him. The 25-year-old quarterback is now 4-1 in his first five CFL starts since taking over from an injured Bo Levi Mitchell.

While the Stamps continue to get it done in the win column, Dickenson knows there is major room to grow on offence. Receiver Reggie Begelton led the way offensively for Calgary in Week 8 with just six catches for 62 yards against a stingy Edmonton defence.

“We got to get better, and we got to find ways to get our playmakers the football,” Dickenson said.

The Calgary Stampeders will battle for sole position of first place in the West when they travel on the road to face the Winnipeg Blue Bombers next Thursday in Week 9 action.

“You don’t get much time when you got a five day week turnaround and you’re on the road against one of the best teams in the CFL,” Arbuckle said. “Winnipeg’s going to be a really tough match, and they’re a great team. It’s a great fan base and it’s hostile territory, but it’s fun. It’s a great challenge.”