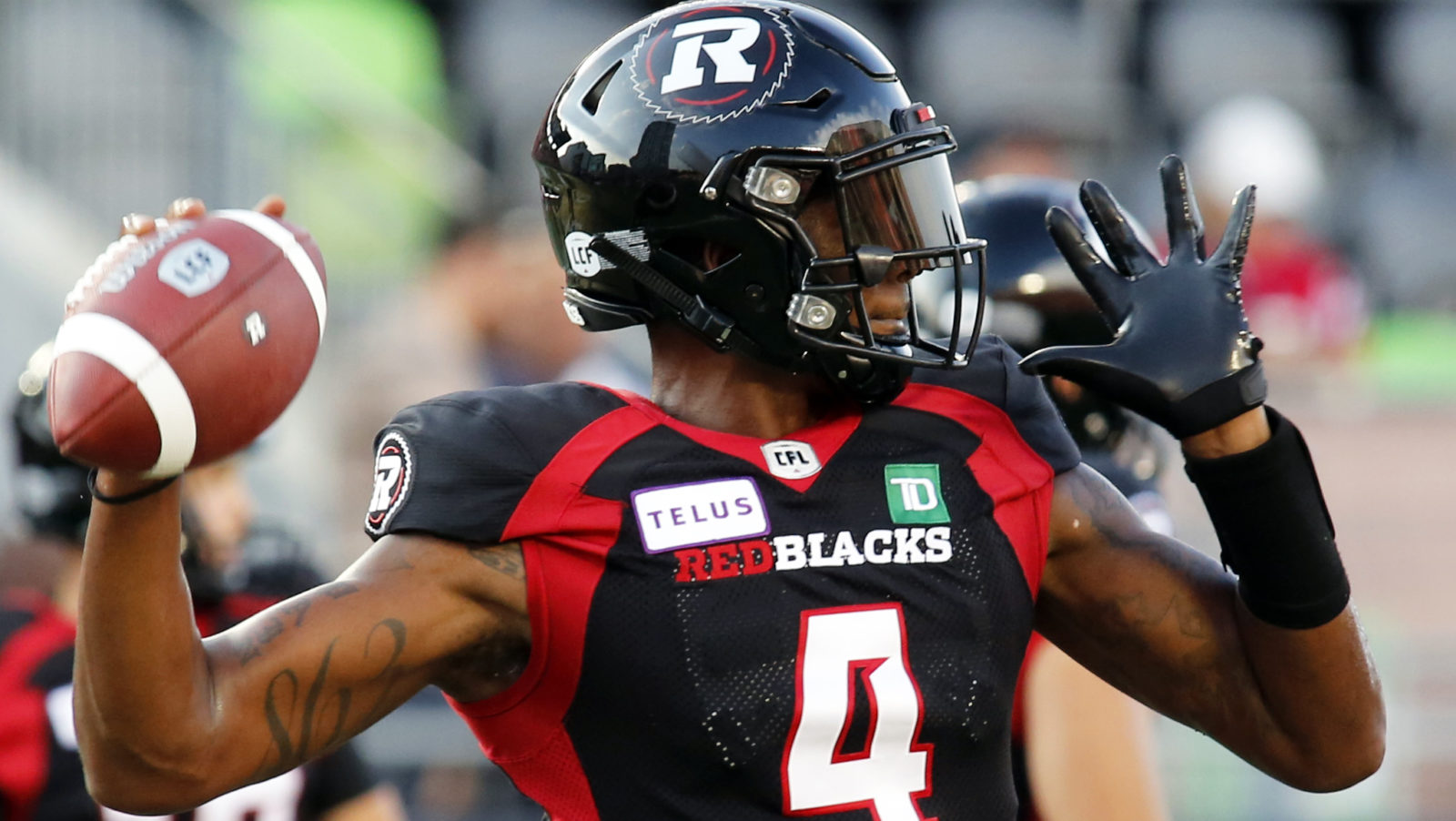 TORONTO — Whereas Week 9 saw picks be a little more divisive, Week 10 is a completely different story.

The CFL.ca writers have selected the Winnipeg Blue Bombers as the team to roll to victory in the opening game of the week against the 1-7 BC Lions.

In the other three matchups of the week, five out of the six writers have the Edmonton Eskimos, Hamilton Tiger-Cats, and Calgary Stampeders to win.

Here are the CFL writer picks for Week 10. 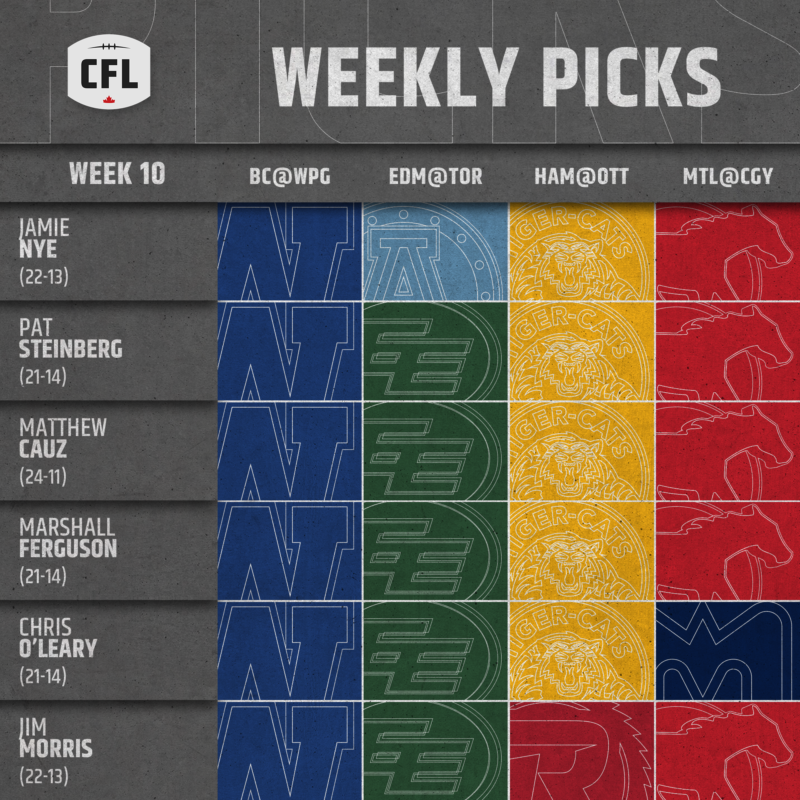 To open up the week, we get a showdown between the first- and last-place teams in the standings.

Winnipeg and BC met up in the opening game of the 2019 season in BC, where Winnipeg took the contest by a 33-23 scoreline. Andrew Harris rumbled for 148 yards while Bryan Burnham had 156 receiving yards on five catches.

In the Lions’ last game against Hamilton, Burnham had 149 yards and two scores on seven catches. Mike Reilly also went 21 of 28 for 306 yards and two touchdowns.

Harris had his fourth 100-plus yard rushing performance of the season against Calgary in Week 9. The Bombers’ offence wasn’t as efficient as we’ve seen in the past, but Janarion Grant took a pair of punts back to the house to help them to victory.

BC knows that they could have a very different record if not for a few small mistakes. Avoiding 1-8 will be difficult, but if they play as they did against Hamilton, they’ll have a shot.

Another rematch will take place at BMO Field on Friday as the Edmonton Eskimos come to Toronto for a battle with the Argos.

In the last matchup between the two teams, the Edmonton defence flexed its muscles, shutting out the Argos and getting four sacks, three interceptions, and a forced fumble in the process.

The Esks were firing on offence during their Week 9 game against Ottawa. Trevor Harris threw for 327 while completing 33 of 40 passes. Additionally, C.J. Gable had two touchdowns and 116 rushing yards while Natey Adjei, Ricky Collins Jr., Greg Ellingson, and DaVaris Davis all had over 50 receiving yards.

Toronto is coming off a bye week, but they won their last game against Winnipeg in Week 8. They got James Wilder Jr. back on the practice field and also made a trade to start the week, acquiring defensive lineman Devon Coleman and a pick from BC for Shawn Lemon.

Edmonton is 1-3 on the road this season, and with a packed house expected in Toronto, the double blue will need the crowd to help make the visitors uncomfortable. But the Argos will be hard-pressed against one of the most well-rounded teams in the entire league.

Saturday will start with a game that has big implications on the East standings.

Hamilton is unquestionably the top team in the division. Following their win in Week 9, they’re currently sitting at 6-2. Dane Evans had his coming-0ut party against the Lions, tossing for 230 yards and two touchdowns on 23 of 32 passing. Brandon Banks returned to the lineup in Week 9 and continued to dominate with 137 yards and two scores on nine catches.

The REDBLACKS have dropped five of their last six games. They were only able to score 12 points, but they did get some solid performances from their offensive stars. Dominique Davis completed 65 percent of his passes for 289 yards, a touchdown, and two picks. John Crockett rushed for 89 yards while Dominique Rhymes had 119 receiving yards and a score on four receptions.

With a win and a Montreal loss, Ottawa can take over second in the East. That’ll be easier said than done, however, as Hamilton has proven how dangerous of a squad they are.

To wrap up the week, we get an inter-divisional clash between the Stampeders and Alouettes.

Despite losing their last game to Winnipeg, the Stamps have been one of the top offensive attacks in the entire league this season. Nick Arbuckle may have seen his last game under centre for a while in Week 9, as it’s looking more and more like Bo Levi Mitchell will be ready to roll against the Als. Running backs Don Jackson and Ka’Deem Carey also returned to practice on Tuesday, which should make the Calgary offence even scarier.

Montreal was also missing solid pieces in Week 9 when the played Saskatchewan. Both quarterback Vernon Adams Jr. and running back William Stanback were out. Adams returned to practice on Tuesday, but the team also placed receiver B.J. Cunningham on the six-game injured list. The Als lost to the Riders, however, the game was called early due to inclement weather conditions.

Putting in a solid effort against Calgary would go a long way as Montreal tries to track down Hamilton for first in the East.