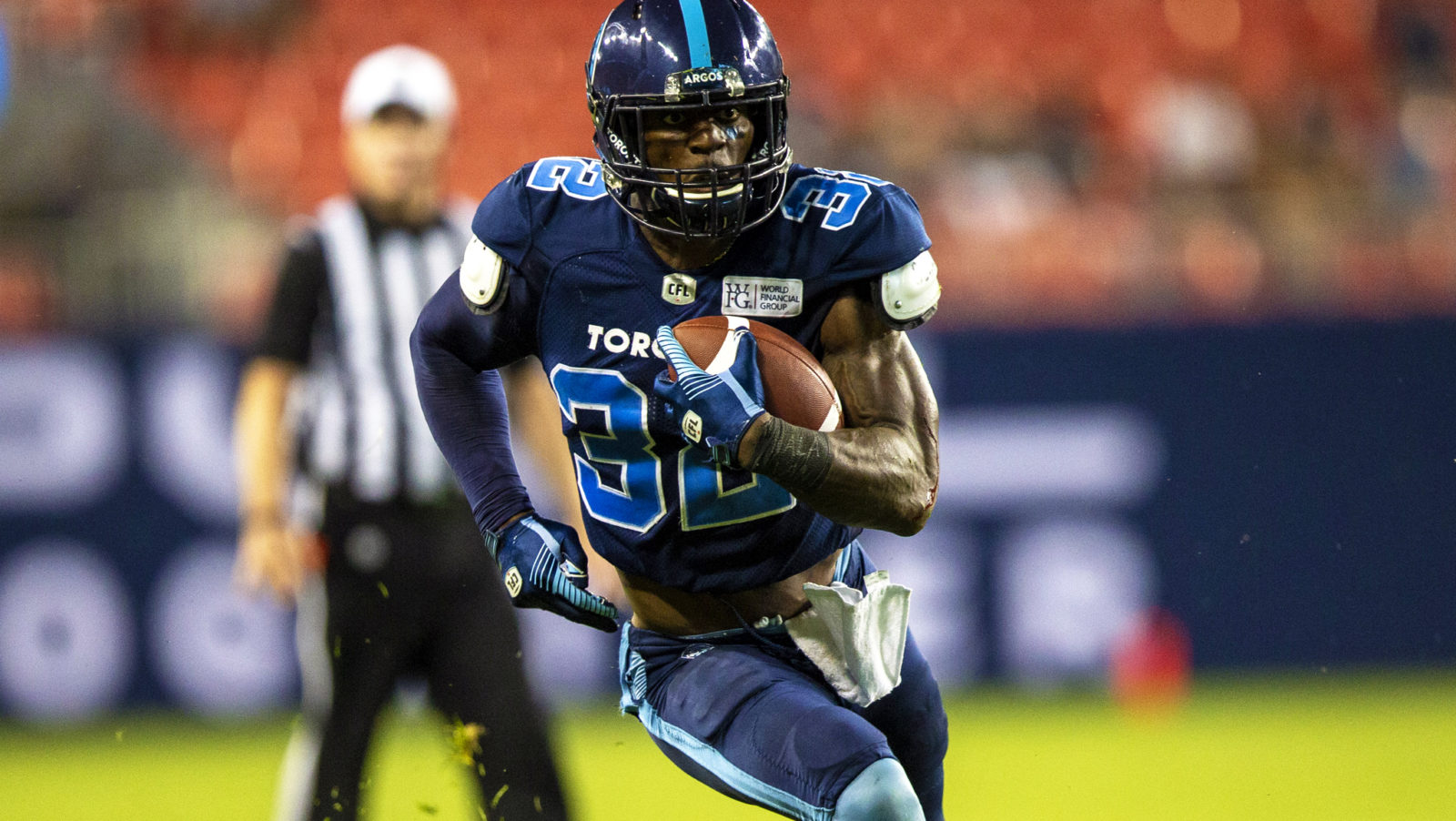 It was almost this time two years ago that we were getting introduced to James Wilder Jr.

The six-foot-three, 221-pound running back was electric down the stretch of the Argos’ 2017 season. He was a bruising running back that tore through defensive lines, could turn a short Ricky Ray pass into a massive gain and when needed, could put that WWE-ready body in front of his quarterback to buy him some extra time to make a pass.

My personal favourite Wilder highlight to this day, however, comes from a rare defensive play. In a game against Winnipeg, Wilder chased down defensive lineman Tristan Okpalaugo after he’d intercepted Ray. Okpaulaugo went 98 yards and looked to have a surefire pick-six in his hands, until Wilder came flying into the picture, hauling him down at the one-yard line.

Forget the confines of one man’s highlight reel; that’s one of the best plays I’ve ever seen in the CFL.

Wilder was a second-half sensation, starting 10 games, rushing for 872 yards and five touchdowns, adding 533 receiving yards. The accolades poured in, from player of the week and player of the month nods to a rookie of the year win. The cherry on the double-blue cake came in late November when Wilder and the Argos shocked Calgary and won the 106th Grey Cup in Ottawa.

Fast-forward a season-and-a-half later and Wilder was a last-minute healthy scratch on Friday, the latest development in a disappointing season for both Wilder and the Argos. The 27-year-old has played in just five games this year. He’s rushed 38 times for 161 yards and zero touchdowns and has 26 catches for 260 yards and two touchdowns. A rib injury has had him sidelined since Week 7, until this past week, when Argos head coach Corey Chamblin said he made the decision to scratch Wilder prior to kickoff.

That decision sparked trade rumours and a report that Wilder was unhappy with coming back and being asked to play a special teams role against Edmonton instead of at running back. Wilder, Argos head coach Corey Chamblin, and general manager Jim Popp met on Saturday to discuss Wilder’s role and future with the team.

Wilder practised on Monday and according to TSN’s Matthew Scianitti, worked with his fellow running backs and took part in special teams. The Argos didn’t make him available to reporters after practice, instead, having Chamblin speak to the situation.

Asked if he saw Wilder as a part of the team’s future, Chamblin couldn’t answer.

“I foresee him being with us this week — unless something changes. At the end of the day, we’ll never do anything to hurt his career and if that means him becoming the starting tailback and putting his career back on track, we’ll do that. If that means he’s traded…then we’ll do that. We’ll do what’s best for two parties, that’s the Argonauts and James Wilder. I think we’re trying to find the best fit for both of us to make this a winning situation.” 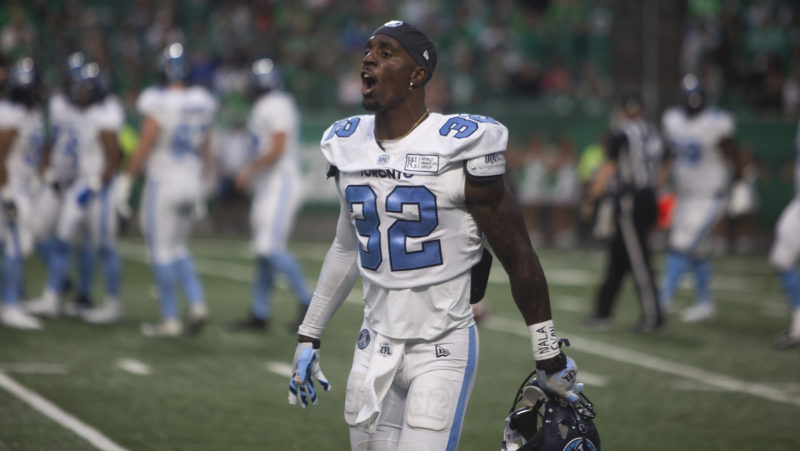 Toronto Argonauts running back James Wilder Jr. heads to the sidelines in his team’s game against the Saskatchewan Roughriders (Arthur Ward/CFL.ca)

Chamblin said that the Saturday meeting went well and that he, Popp, and Wilder “were able to get through some things where there may have been some miscommunication.”

“James is still a part of this football team,” Chamblin said. “Where his role is, that’s a day-to-day thing that we’re trying to find how that role will be adjusted, whether it’s back to starting tailback or whatever it is. We know it’s not an overnight thing.”

Chamblin said scratching Wilder on Friday was his choice when it came down to it.

“Everyone wants to be a starter. It had nothing to do with more so him starting I think he understood that part,” Chamblin said. “It was just what we needed him to do may not have suited his ability at that time, coming off the injury.

“We needed more (special) teams than we needed an offensive or defensive player.”

If you’ve read this far and feel you have little clarity on Wilder’s situation, welcome to the club. The only takeaway from Monday’s availability is this: as the Argos stare down their second sub-.500 season — they won just four games last year — the club is in a deep state of self-evaluation. Everyone, it seems, is on a day-to-day, week-to-week basis. With 10 games left on their schedule, that’s a hard way to live in an already difficult situation. Day-to-day, week-to-week, these Argos could look very different by the end of this season.