Powell: ‘I feel like I can always provide that spark’ 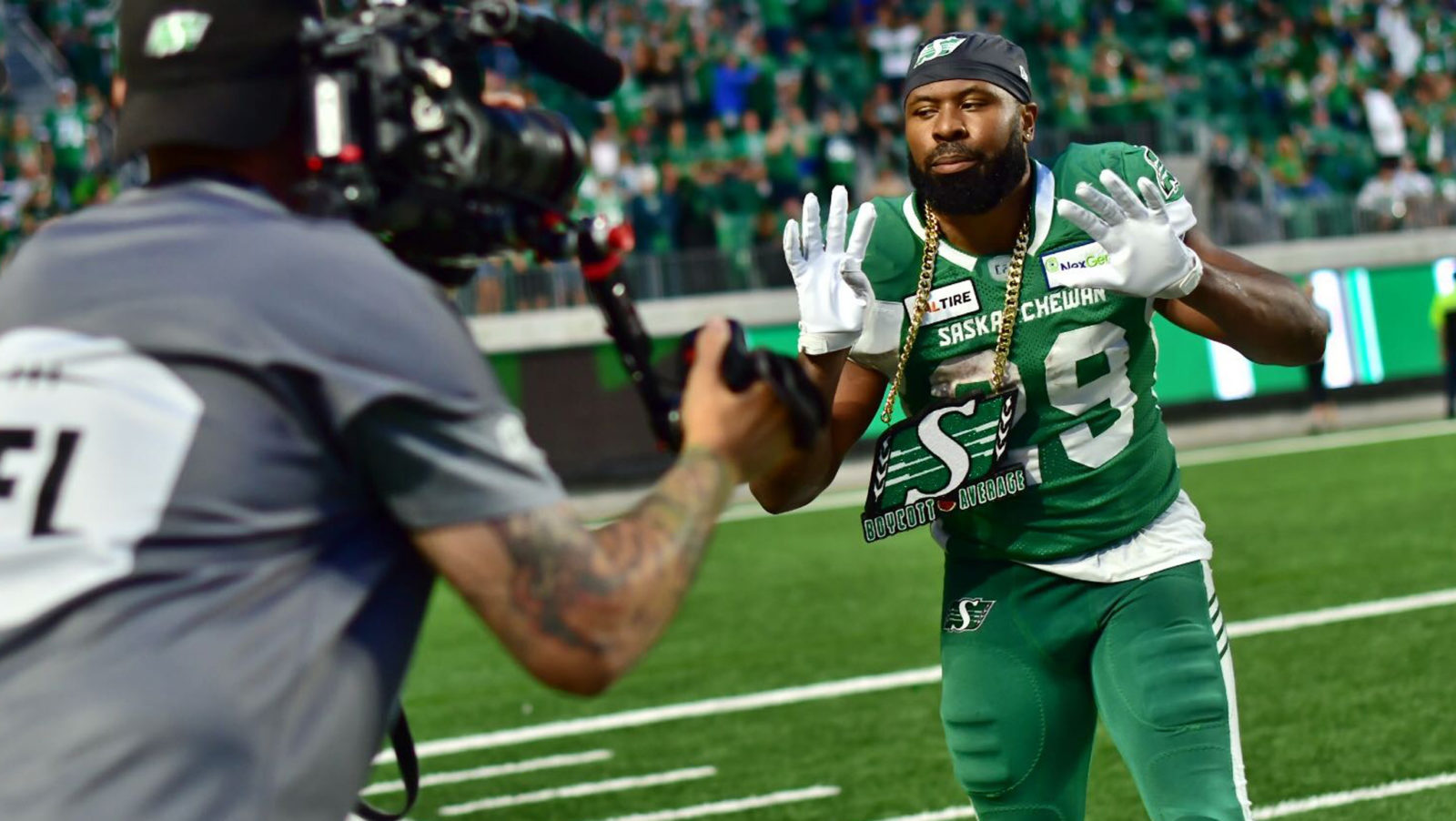 Powell: ‘I feel like I can always provide that spark’

REGINA — It’s one thing to get a turnover in a football game but it’s another to capitalize on those opportunities and turn them into points.

For the Saskatchewan Roughriders on Saturday night, three early turnovers lead to a sizeable lead in the first quarter of their win over the Ottawa REDBLACKS at Mosaic Stadium.

“With our defence having three quick turnovers and giving us great field position, we knew field goals wasn’t going to get it done,” quarterback Cody Fajardo told members of the media after the contest.

“Offensively, I was really proud of the group being able to finish drives. I think we had two touchdowns and one field goal (off the turnovers) and went up 17-0 quick.”

One of those touchdowns was a four-yard run from William Powell, who had two majors on the evening, turning defensive back Nick Marshall‘s interception into six points.

“I feel like I can always provide that spark for my team whenever we have a little stagnant moment in the game,” said Powell. “I’m always ready to get the ball. Whatever the call is, if I have to go out there and block, I’m going to do my best to do that also.”

The 40-18 win over the REDBLACKS in front of a rowdy home crowd was the Riders fifth-straight and improved the green and white to 6-3 on the season.

But despite Saskatchewan sitting in second in the West Division, the team still believes there are improvements to be made. Fajardo told reporters that he missed a few throws during the contest and the team could have been a bit more disciplined in order to limit penalties.

“We’re a hot team right now,” said Fajardo. “And I think we’ve got a fine line of being confident and understanding that there’s still room to improve. I think we put together a pretty good game in terms of all three phases, but it wasn’t our best game by any means.”

Next up for the red-hot Riders is a matchup against the Winnipeg Blue Bombers – the first of a home-and-home set between the two teams – during Mark’s Labour Day Weekend.

Not only are bragging rights between the heated rivals on the line but an opportunity to be considered one of the best teams in the league is also up for grabs if they can muster up a win against the Bombers.

“They’re the kings of the West, right?” said Fajardo. “If you want to be the kings yourself, you’re going to have to beat them. This is a great opportunity for us. A big two game swing for us.”