Accuracy Grades: Who was on target in Week 11 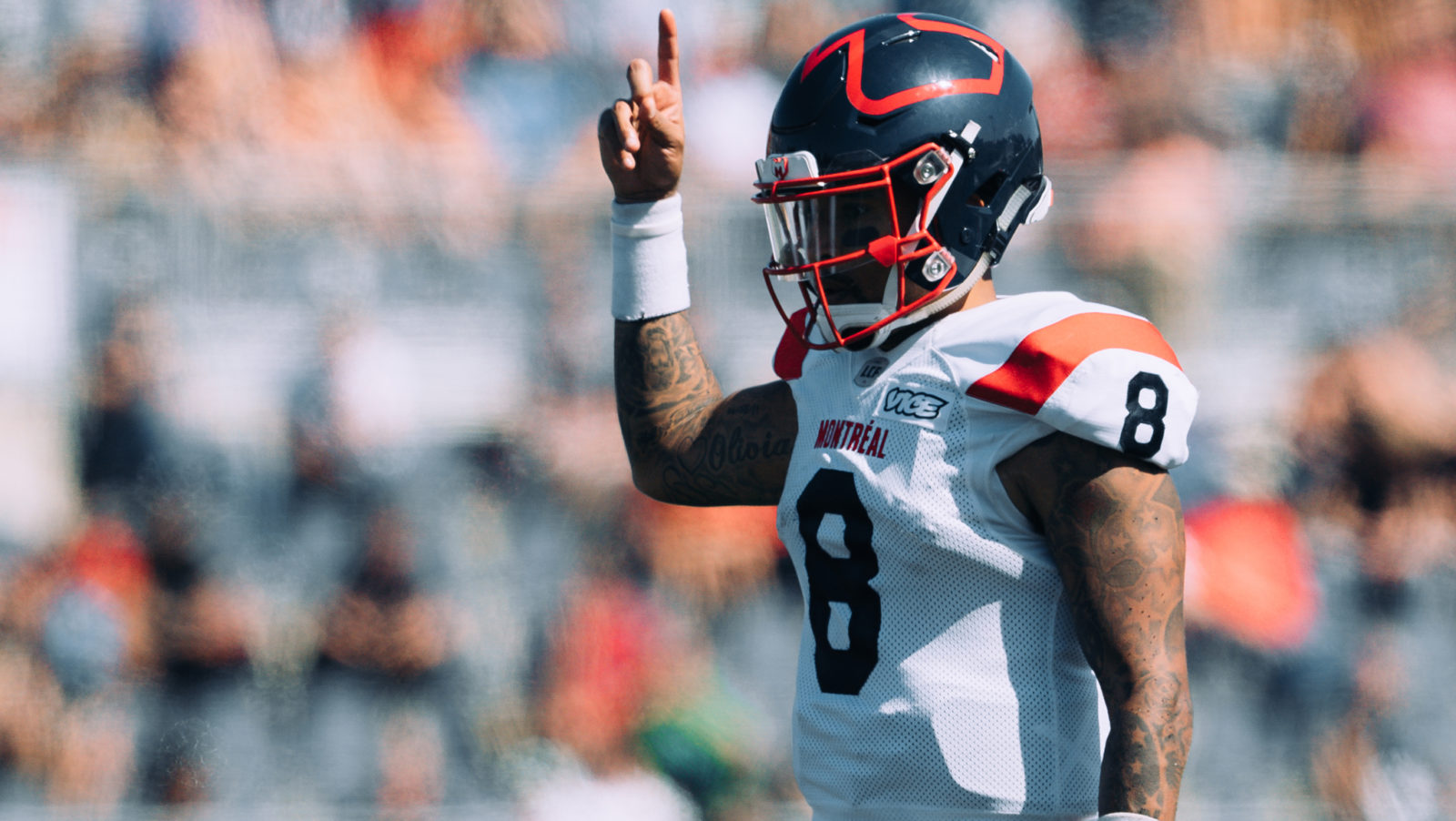 Accuracy Grades: Who was on target in Week 11

We have officially hit Mark’s Labour Day Weekend and it’s about to get real in the standings. The Riders keep creeping up the ranks behind Cody Fajardo and his unthinkable pre-season emergence while the Ticats have somehow found a way to keep their head above water despite losing starting quarterback Jeremiah Masoli.

Both teams are the favourites in their respective Labour Day matchups and with only three games on the schedule for Week 12 all eyes will be on the quarterbacks on one of Canada’s favourite days to indulge in football.

Before we spend the next couple days diving into Labour Day Classics, let’s take a look back at how the quarterback accuracy rankings shook out for Week 11: 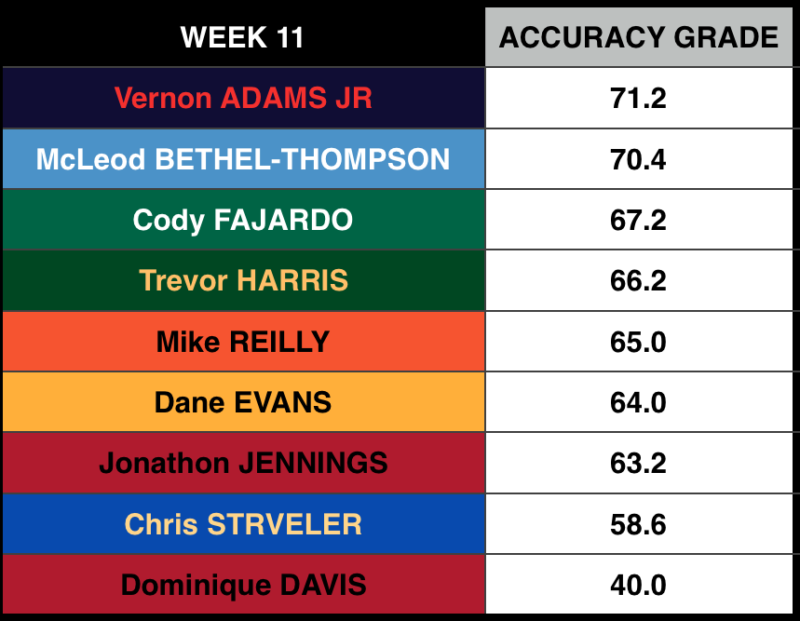 REDBLACKS QB Dominique Davis had three interceptions on his first six attempts before being pulled from the game in Regina. His replacement, Jonathon Jennings, didn’t fair much better but did show off the arm strength and occasional sensational throw ability that explains why there are some fans in Ottawa asking for Jennings to take control of the offence and find a way to separate himself from Davis in what has now predictably become a season-long quarterback battle.

Chris Streveler found a way to win with just 89 passing yards and a well-below average accuracy grade but like Vernon Adams Jr. has been much of the season, the raw number really doesn’t tell the story of Streveler’s effect on the game.

Dane Evans and Mike Reilly went back in forth in BC Saturday night, albeit one with considerably better pass protection. Evans actually ranked lower than Reilly thanks to a couple of off target passes intercepted by Garry Peters of the Lions while Reilly raised his Week 11 grade considerably on the Lions’ lone touchdown drive.

Sitting just off the edge of the podium was Edmonton Eskimos QB Trevor Harris who continues to plug along in an eye-popping season for completions and yards but continues to struggle in the score zone. 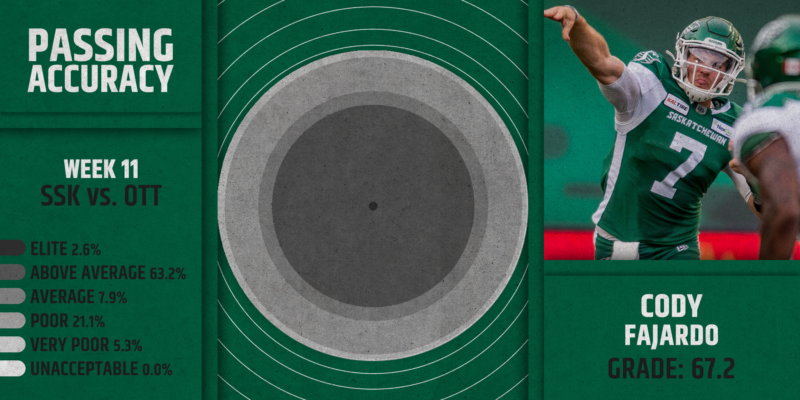 Fajardo worked the REDBLACKS over at home Saturday afternoon. He was on point with closing routes and his most impressive throw came while on the run to his left on a touchdown strike to the front pylon. Fajardo is primed to have a big Labour Day against Winnipeg in a game that might give us the best sense of what he’ll look like come playoff time. 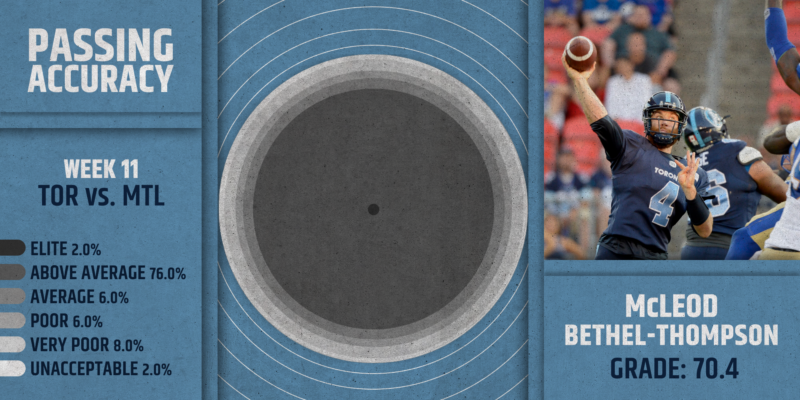 In the final quarter of Touchdown Atlantic, McLeod Bethel-Thompson dinked and dunked and raised his grade in a big way while taking some vertical shots and using his feet to keep the Alouettes defence off balance. The final throw, a pass slightly behind Armanti Edwards and the only place McLeod could put the ball, was an unjust ending to a great outing. 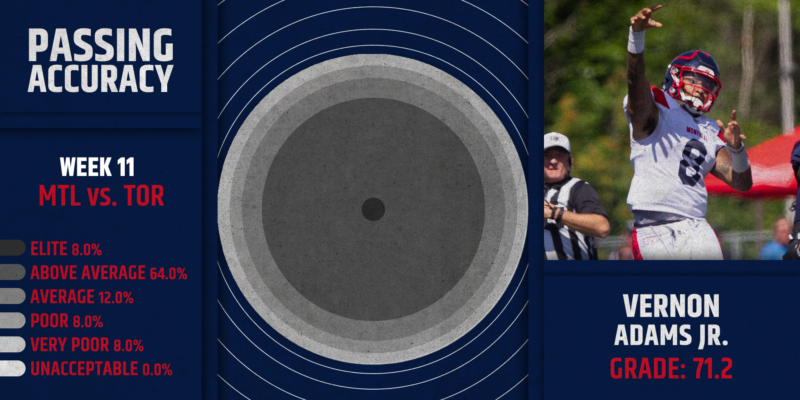 Wow. I did not see this coming. From the double reverse touchdown bomb to the consistent ability to move defenders with his eyes and find the open man on the upfield shoulder or on the run, Vernon Adams Jr. blew me away this week. If he consistently adds this type of passing to his already impressive and well rounded skill set the Alouettes are going to become a tough team to play against very quickly.

Now a look at the updated season standings: 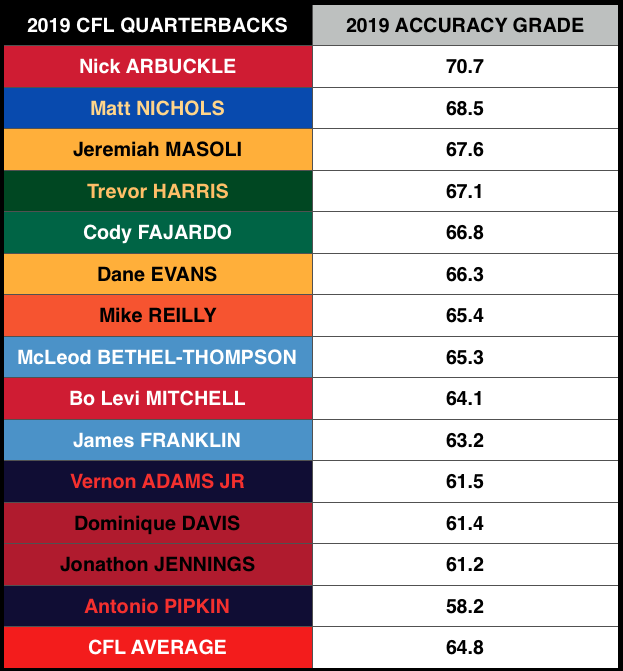 Well, it looks like the top of the standings might be stuck like this for a while with Matt Nichols and Jeremiah Masoli both out while Nick Arbuckle enjoyed a pre-Labour Day Weekend bye week.

The only real movement came at the back end of the standings where Vernon Adams Jr. jets forward, thanks to the best performance of his season throwing the ball and Dominique Davis plummeted after the quick hook in Regina.

Back next week to break down all three marquee matchup results!