Start vs. Sit: Green getting into a groove in Argos’ attack 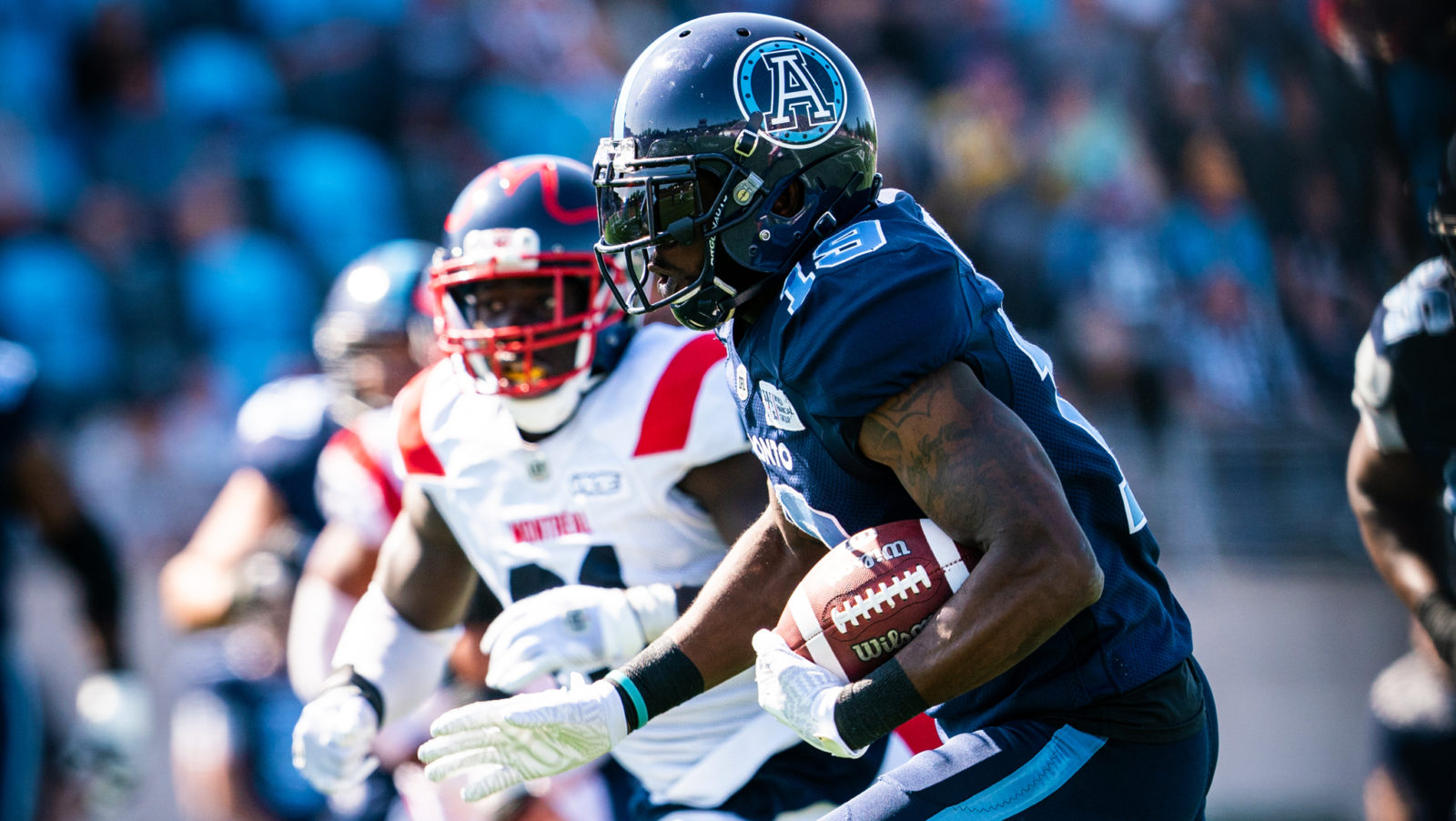 Start vs. Sit: Green getting into a groove in Argos’ attack

Mark’s Labour Day Weekend means waiting until Sunday for a taste of football. However, it does provide users of TSN CFL Fantasy Football Sponsored by Leo Vegas an extra day or two to put together an effective lineup that can compete for points in Week 12.

Choosing players for the three-game schedule became more daunting after news of Blue Bombers All-Star running back Andrew Harris’ ($12,117) two-game suspension, but the Week 12 edition of Start/Sit could open the door for a possible sleeper or two out of Winnipeg.

Don’t expect Winnipeg to become Toronto East and throw the ball at will. They’ll stay true to the methodical ball-control offence that has defined them, which means Augustine will see at least 14-18 touches. Augustine has averaged 6.7 yards in his nine carries this season, but keep in mind he rushed for 51 yards and a touchdown on seven carries in his only previous start, last year’s regular-season finale against an Edmonton team in a must-win scenario.

Saskatchewan is second only to Winnipeg in run defence (80.6 yards per game allowed) and have allowed just two rushing majors, yet Augustine could thrive since the Roughriders must contend with the running skills of pivot Chris Streveler ($6,840) and the occasional jet sweep from receivers Lucky Whitehead ($3,700) and Nic Demski ($4,588). The Bombers could also have All-Star receiver Darvin Adams ($7,122) back in the fold, so Augustine could be a sneaky good play if utilized effectively.

A closer look at his stats suggests that Fajardo has not been an effective Fantasy producer since his breakout effort against the Argos in Week 3. Since putting up 25.2 Fantasy points with his passing, Fajardo has yet to approach the 20 FP barrier via the pass, with a 15.1 FP performance against BC in Week 7 his high watermark. He’s twice dipped under 10 fantasy points passing and has just four touchdown passes in his last six games. Although Fajardo has thrown just four interceptions in 171 attempts this season, he’ll be facing an aggressive Winnipeg defence that leads the league in forced turnovers (30) and is second only to Calgary with 14 interceptions. The Bombers also lead in defensive third-down conversions at 39.7%, making the choice of Fajardo a dicey proposition despite his ability to rush for majors (7).

Rodney Smith ($4,141) has been the hot hand of late, catching 20 passes in the last three games, but go with the more consistent presence in Green, who seems to have found his way since a slow start. Green has scored double-digit fantasy points in four of his last five games and has three games of at least 72 yards in the same span. McLeod Bethel-Thompson ($9,061) has been the league’s hottest pivot over the past three weeks and will have a wealth of offensive firepower that is far different from the one that lost 64-14 to the Ticats in Week 2. That includes Green, who has touchdowns in two of his last three games and faces a Hamilton defence that is eighth with 25 big plays allowed.

On the surface, Evans should be a must-start considering the Argos are last in opponents average pass (9.5), completions of better than 30 yards (19) and passing touchdowns allowed (19). The reality is that Evans is an ineffective source of fantasy production. He has yet to hit the 20 fantasy point plateau since replacing Jeremiah Masoli and has just one game of multiple touchdown passes and one 300-yard game. Although the Ticats are fourth in passing yards at 273.8 yards per game, they have dipped to eighth in passing efficiency at 85.1. The chance of a breakout is there with Evans but recent disappointments put him in “Prove It” mode when it comes to restoring faith in fantasy users.

He’s not the top-ranked receiver in the Week 12 rankings by sheer luck. Begelton is making a strong case to be the best pass-catcher in fantasy, having produced double-digit fantasy points in six of his last seven games and comes off a monster 49.3 FP in the Week 10 overtime loss to Montreal, catching eight passes for 173 yards and four touchdowns. He’s second only to teammate Eric Rogers ($7,233) in touchdown receptions with five. Lest we forget, Begelton nearly stole the show at last year’s Labour Day Classic, reeling in seven passes for 153 yards to help the Stamps pull out a 23-20 thriller over the Eskimos.

After opening the season with double-digit totals in five of their first six games, the vaunted Calgary defence has graded F when it comes to fantasy users who plugged them in. The Stampeders have scored a combined total of seven fantasy points from their defence in the last three games, earning a 0 in their Week 10 loss to Montreal. The recent decline comes from a pass rush that has just 17 sacks, putting well off the pace from last year’s total of 45 QB takedowns. Calgary was touched up by Trevor Harris ($12,117) in the first meeting when Harris shook off a sluggish first half and hit the Stamps with 373 yards and two touchdowns along with adding the Calgary pass defence its first three completions of 30-plus yards allowed. Expect a similar performance in what could be a high-scoring affair.