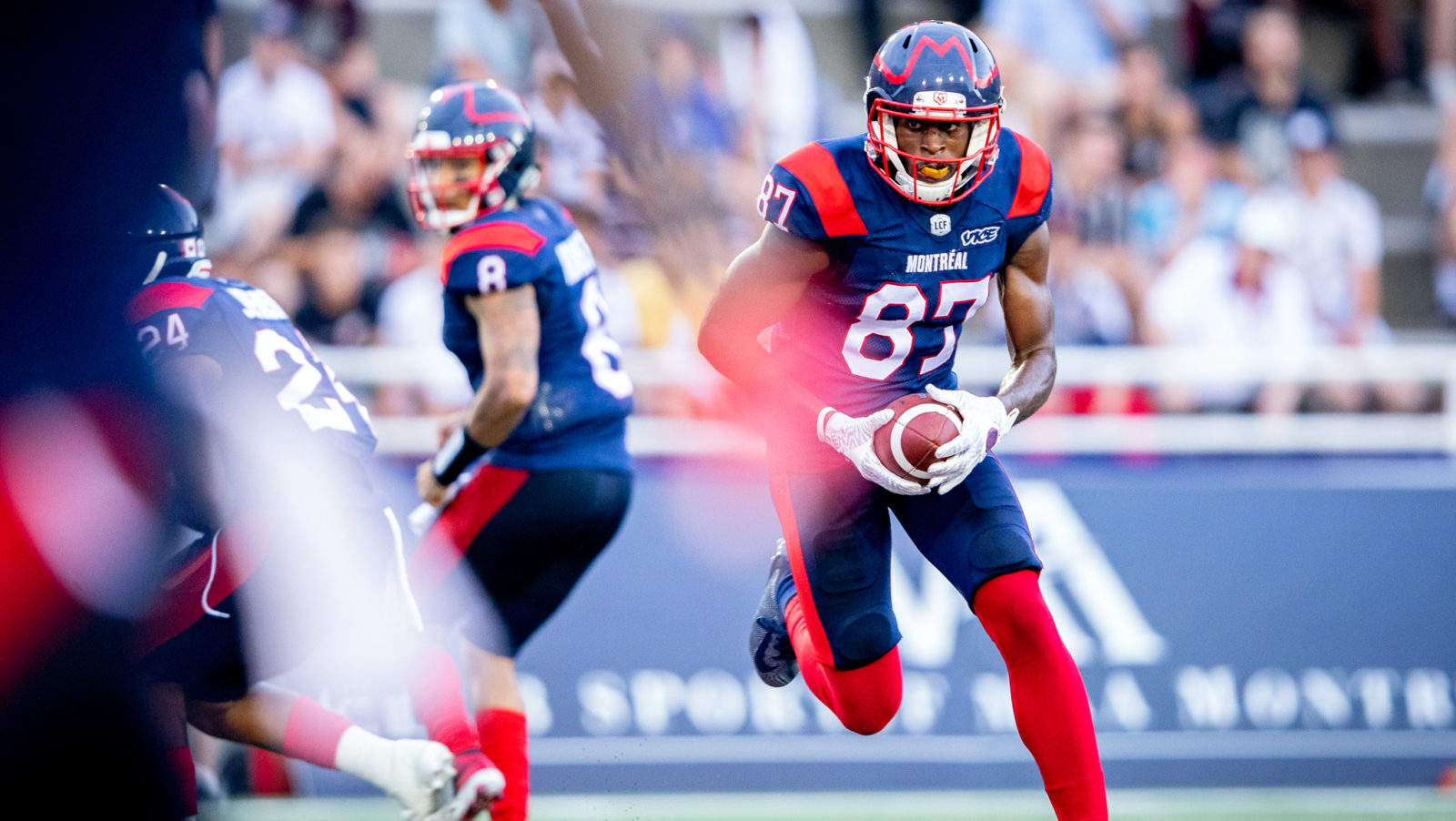 It seems strange to ask the question, given how things have gone for the Montreal Alouettes over the last few years, but things are changing for a team that had long occupied the cellar of the CFL.

The Als are coming out of their final bye week of the season sitting at 5-4, holding a winning record at the midpoint of the season for the first time in seven years. New head coach Khari Jones has sparked change in the locker room and Vernon Adams Jr. is providing consistent quarterback play, allowing a defence that always had potential to stay off the field long enough to make an impact on the game.

They’ll look to go on their second three-game win streak this season on Friday, against the visiting BC Lions.

Which brings us back to that question, the one that even at the start of the season seemed like it wouldn’t be possible.

Could this be a trap game for the Montreal Alouettes?

RELATED
» Buy Tickets: BC at Montreal
» Landry: Lots to look forward to in second half of ’19
» Weekly Predictor: Standing with the Stamps 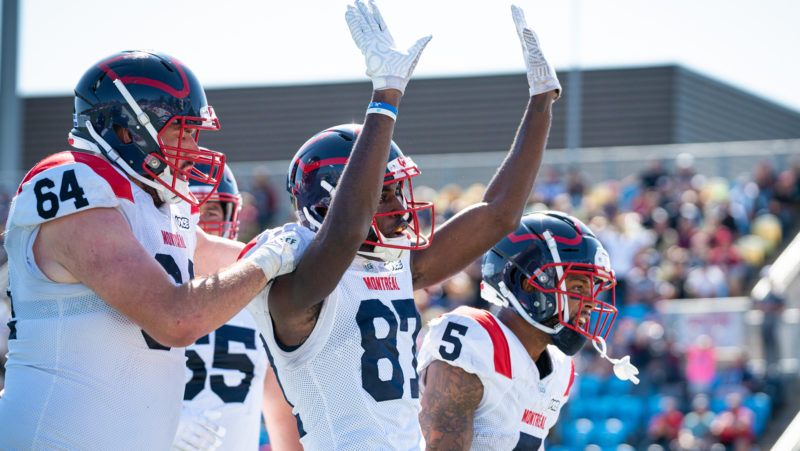 Montreal Alouettes receiver Eugene Lewis celebrates with his teammates after a touchdown against the Toronto Argonauts (Johany Jutras/CFL.ca)

The Als have their winning record and seem to be on an upswing after years of missing the playoffs. The Lions are 1-9 and with each loss, they’re inching closer to being officially out of playoff contention.

“Honestly, we take every game and we look at it the same,” Als receiver Eugene Lewis said from Montreal on Thursday, after a quick walkthrough practice.

“We know what this game means to us. This is the first time in seven years that we’ve been above .500. We’re still hungry and we’re still trying to turn this thing around. We’re only halfway through this season. We want to keep this thing going and stay on this path.”

Lewis’ path has been an especially good one. He led the team in receiving last year, with 827 yards and four touchdowns in the Als’ five-win season. With Adams settling in as the starter, Lewis is building chemistry with him and leading the team in yards again this year. Through nine games, he has 30 catches for 443 yards and 2 touchdowns. 200 of those yards have come in his last two games.

“I really haven’t changed too much of what I’ve done. I just keep working and keep grinding and try to take advantage of all my opportunities,” he said. Last year, those opportunities were passes being spit off of a QB carousel.

“I played with six quarterbacks last year and tried to make the best out of it. I look at being a receiver as being an adjuster. So regardless of which quarterback is in, they’re trusting me to make the plays and I’m trusting them to put the ball where it needs to be,” he said.

“V.A. has been playing awesome this year and we just need him to keep it going.”

Watching him on the field — the way he snagged Montreal’s onside kick attempt in Calgary two games back to help his team get to overtime — you can see the other half of his athletic resume on display. Football is his first love and the game he’s played since he was seven, but Lewis comes from a basketball family.

His father, Junie Lewis, was a second-round pick of the Utah Jazz in the 1989 NBA draft. His aunt, Debbie Lewis, is the all-time leader in assists at Pitt, with 638 and the fourth all-time leading scorer, with 1,941 points. His sister, Alexis Lewis, is a senior on the Seton Hall women’s team. His cousin just committed to play at West Virginia.

We’re still hungry and we’re still trying to turn this thing around. We’re only halfway through this season. We want to keep this thing going and stay on this path

After going undrafted by the NFL in 2017 and playing in two games for the Als, Lewis gave basketball a shot too. He played for the NEPA Stars and Stripes of the American Basketball Association.

The games are drastically different, but Lewis found similarities in both experiences that year.

“There are a lot of guys that are hungry and that are really trying to do everything that they can to put themselves and their families in a better situation,” he said. He’s listed at six-foot-one and 208 pounds, but Lewis didn’t limit himself to a position on the court.

“In high school, I was small for it but I played like a (small forward) type of game. I’ve got an overall, all-around type of game,” he said.

“I’m a big slasher, I like going to the bucket and I like dunking. I’ve got a really, really lethal mid-range jumper. But I’m efficient with my shots.”

With his football team in a great spot at the midpoint of the season, Lewis wants to finish strong. Hamilton is eight points ahead of them in the standings, but after nine weeks of shocking the rest of the league, he and his teammates feel like anything is possible.

“I think we’re a Grey Cup contender. I have no doubt in my mind,” he said.

“I like being the underdog. I think it’s good. It keeps us humble and always keeps us hungry to strive for more. Let people doubt us and say this and say that. At the end of the day, all we need is the guys in our locker room. The sky’s the limit.”