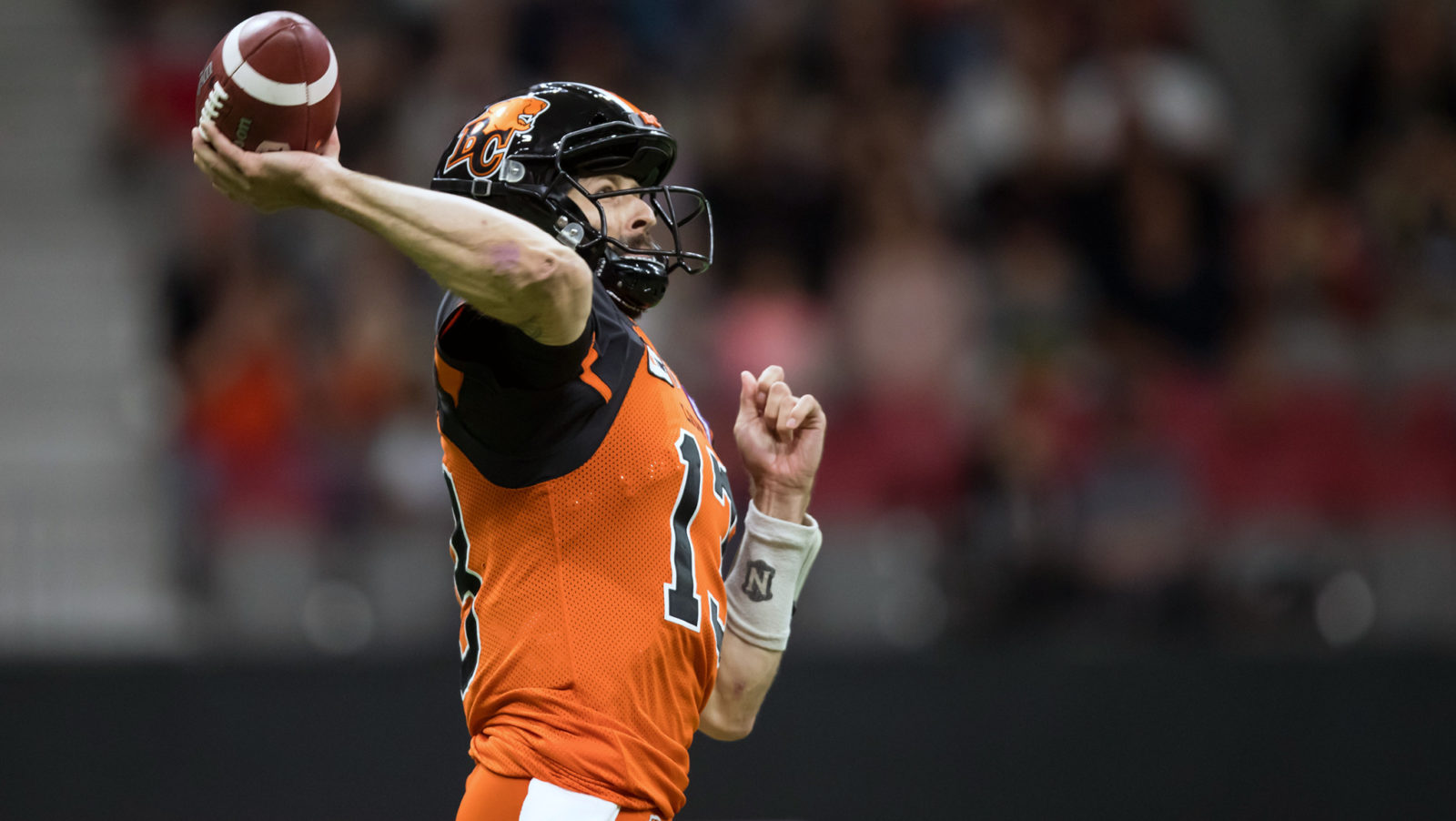 TORONTO — A little time has made a big difference for Mike Reilly.

The BC Lions’ quarterback has played every snap this season and been sacked a league-high 45 times, but only two have come over the last two weeks.

New offensive line coach Kelly Bates may have made some tweaks, while Reilly is getting the ball out quicker and the Lions’ offence is showing more efficiency as a whole.

Granted, the last two games have come against Ottawa and Montreal, ranked seventh and eighth respectively in defensive sacks. 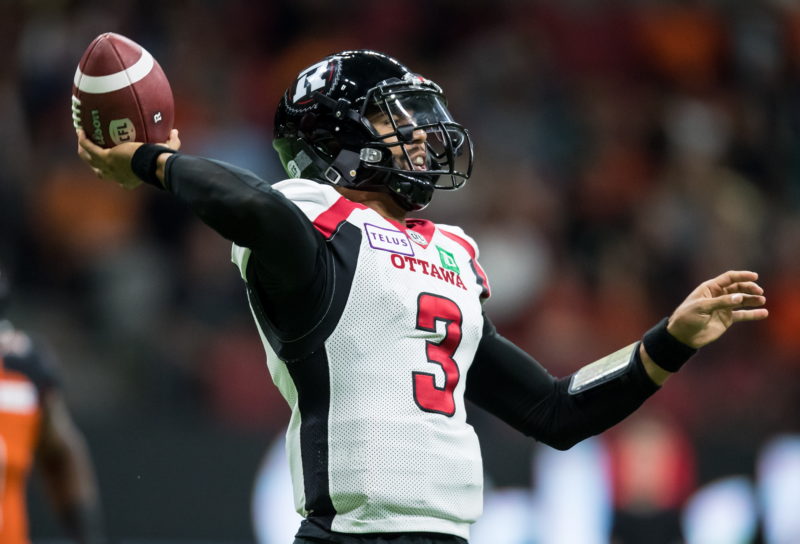 Also in Week 14, Reilly’s counterpart, Jonathon Jennings, struggled in his homecoming, throwing two picks in a return to BC Place.

Bo Levi Mitchell and Cody Fajardo were winners on Saturday, the latter setting up a game winning field goal against the Alouettes.

And this week, the status of league leading passer Trevor Harris remains in the air after being injured in Week 13. Backup Logan Kilgore could get the start vs. Hamilton.

CFL.ca ranks the pivots after 14 weeks of the season.

He wasn’t always on target, but Bo Levi Mitchell still did enough to pick up a third straight victory since returning from injury. Leaning on the dynamic duo of Eric Rogers and Reggie Begelton, the Stamps’ pivot has his team in position to compete for another West Division title.

Trailing by six, in hostile territory, Vernon Adams Jr. threw a 27-yard strike to Eugene Lewis for a fourth-quarter lead. The Alouettes couldn’t hang on, but it’s obvious what people mean when they call him a ‘gamer’. Adams’ 344 passing yards marked the second highest of his career.

The Eskimos have yet to rule out Trevor Harris for Week 15 after he was injured vs. Calgary. Harris leads the CFL with 3,706 passing yards and a glowing 15 touchdowns to just four interceptions, but his team has lost three straight games while falling behind in the West.

After an average 4.3 sacks per game through his first 10 contests, Mike Reilly has been sacked only twice over the last two games. The results are encouraging, with the Lions’ pivot totaling five touchdowns and just two interceptions while averaging 8.9 yards per attempt vs. Ottawa and Montreal.

Cody Fajardo continues to produce, scoring through the air and on the ground in a 27-25 win over Montreal. The Riders’ pivot has checked off all the boxes in his first season as a starter, completing 71 per cent of his passes with a QB rating of 99.6. The 27-year-old has a bright future.

Over the span of his last six quarters, Dane Evans has completed 84 per cent of his passes for 625 yards and an average of 9.9 yards per attempt. Saturday’s loss was heartbreaking, but the Ticats have shown no reason they can’t win in November with Evans at the helm.

Already the CFL’s passing touchdowns leader with 19, McLeod Bethel-Thompson is creeping up on Trevor Harris for the overall yardage lead. After putting the ‘journey’ in journeyman — Toronto marked the 13th stop on his pro tour — the Argos’ quarterback may have found a more permanent home.

Chris Streveler may not fit the traditional mold of a starting CFL quarterback — he’s scored more times on the ground (4) than through the air (3) — but he’s getting the job done in relief of Matt Nichols. Still, can the Bombers continue to win while averaging 145 passing yards per game?

Jonathon Jennings made the wrong kind of statement against his old team, throwing two picks while generating just three points on offence. Jennings hasn’t provided a spark for the REDBLACKS, and with Will Arndt on deck, time could be running out for the former top prospect.

Forced into action for an injured Trevor Harris, backup Logan Kilgore was fine against Calgary, completing 75 per cent of his passes in a loss. The 29-year-old is a nice fit for the Eskimos’ offence, but the Eskimos could be in tough if Harris’ absence extends beyond this week.