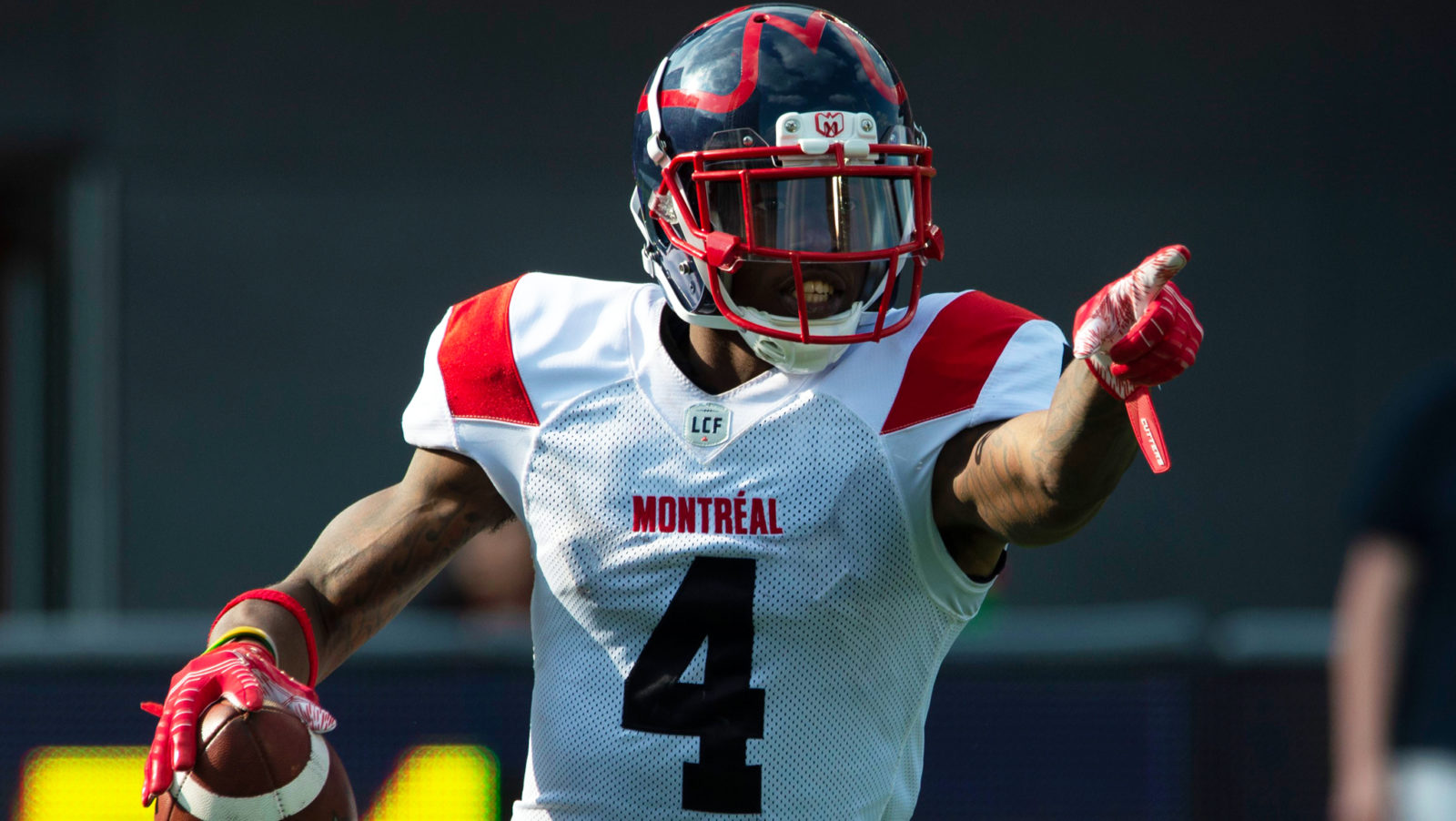 Saturday closes the book on both the September portion of the schedule and Week 16 of TSN CFL Fantasy Football Presented by Leo Vegas. The key for this week will be hop-scotching through traps set up by a host of changes at quarterback along with the uncertainty of whether Trevor Harris ($10,576) can answer the bell for Edmonton’s critical showdown (and Harris return) at Ottawa.

A week like this means a surprise start and a benching or two that could open some eyes. Here. We. Go.

Consistency — no matter the cost — is a must as the Fantasy season hits the home stretch. That means taking more than a quarter of your $40,000 salary and paying for Harris, who returned from suspension last week to remind us why he’s the best back in the league. Harris scored 23.8 Fantasy points without a touchdown in last week’s insane Instant Classic defeat against the Alouettes and accounted for 18.7 FP in the Week 7 loss against the Tiger-Cats.

Harris is a sure bet for at least 100 yards from scrimmage and will have to split goal line touches with pivot Chris Streveler ($8058). He has just three rushing scores, yet should increase that total at the expense of a Hamilton run defence that has allowed 14 majors on the ground.

Evans has averaged over 379 passing yards per game in his last three outings but must contend with a Winnipeg defence that silenced him and the Hamilton passing attack in Week 7. The Bombers held Evans to 94 yards passing with an interception, allowing just 1.8 Fantasy points via passing, although Evans added 6.8 FP on the ground. Winnipeg has forced 37 turnovers and while they’ve allowed 19 completions of better than 30 yards, the Bombers are second only to the Ticats in opponents’ completion percentage (61.5%). Although the choices at pivot are thin in Week 16, playing Evans won’t have as much upside as it has the past three games.

Gable is closing in on a second straight 1,000-yard season, and it’s not a stretch to envision him getting the 140 yards he needs on Saturday. The REDBLACKS are last in run defence at 121.4 yards per game and have allowed a league-high 22 rushing touchdowns. Gable’s only two rushing majors of 2019 came in the Week 9 win over Ottawa, running for 118 yards on 16 carries. He’s also caught at least three passes in each game this season, helping him add 6-8 Fantasy points to his total on a weekly basis. If Logan Kilgore ($5,256) gets the start for Edmonton, then Gable will be in position for a high-volume afternoon.

With six straight losses, Ottawa has had to forsake its running game. Even when they have focused on the run, the REDBLACKS have averaged just 82.2 yards per game and have only five rushing touchdowns, all coming from quarterback Dominique Davis ($5,711). Madu has averaged just 4.2 yards per carry and has yet to record a major in 122 touches from scrimmage. Despite allowing 5.5 yards per carry, the Eskimos are stingy when it comes to surrendering rushing touchdowns, allowing a league-low five majors on the ground. Touches will be there for Madu, but everything points to him not crossing the goal line.

The last time Fajardo faced the Argonauts, he torched them for 430 yards and two touchdowns and added a rushing score as well. He hasn’t come close to equalling that Week 3 performance, but Fajardo will get a second shot at the Toronto pass defence. The Argos give up a league-high 329.8 yards per game in the air and are also last in completions of 30-plus yards allowed (19) and touchdown passes given up (22). Fajardo has thrown just six majors since Week 3, but this presents the best chance to use him in your Fantasy lineup.

The Argos run the ball just 25% of the time, and they’re not effective when doing so, averaging a piddling 71.9 yards per game. Wilder has three times as many Fantasy points via receiving (99.7) than rushing (31.9), making him an expensive receiver with the occasional carry. He has yet to eclipse 60 rushing yards in a game this season and his longest run is a mere 19 yards, a far cry from the 7.1 yards per carry he had when helping Toronto capture the 2017 Grey Cup as the league’s Most Outstanding Rookie.

Bray hasn’t received a high volume of targets but has produced at least 11.1 Fantasy points via receiving in his last four games. Matthew Shiltz ($5,000) gets the start for suspended Vernon Adams Jr. ($11,216) and could choose to go downfield frequently rather than testing a Lions run defence that is second in the league in fewest rushing yards per carry (4.8). That could mean more targets for Bray, who also could rack up bonus Fantasy points as the Alouettes’ punt return specialist. BC gives 13.3 yards per punt return and has allowed four touchdowns via returns, making Bray a sneaky good Flex option.

It’s too much to expect Wieneke to duplicate last week’s eight-catch, 134-yard gem that included the game-winning touchdown against the Blue Bombers. Wieneke does have five touchdowns, yet had just 19 receptions entering last week. He’ll get a handful of targets but is probably behind DeVier Posey ($7,345), Eugene Lewis ($7,819), Bray and running back William Stanback ($7,003) in the pecking order of Shiltz’s options.