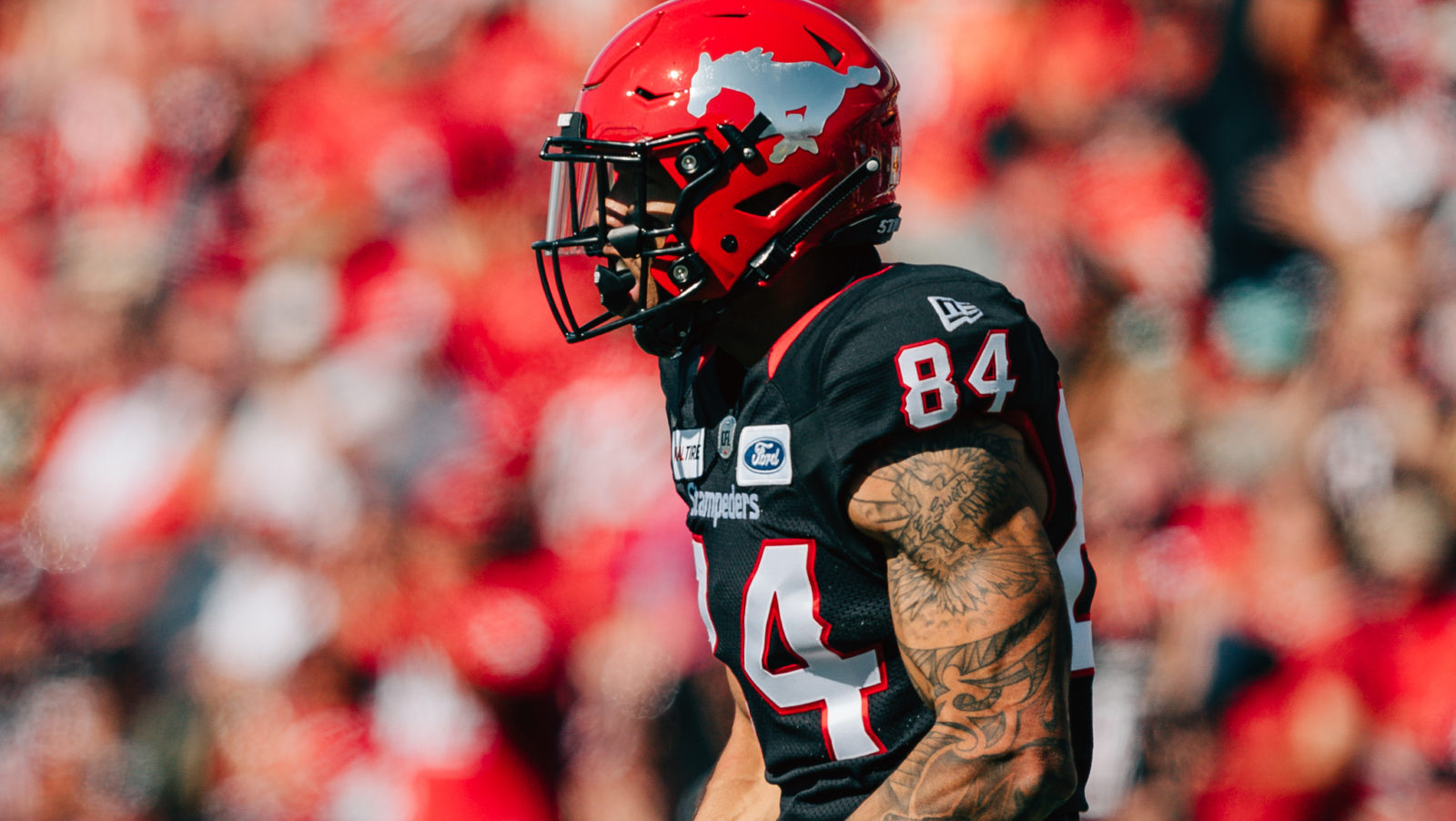 Week 19 of TSN CFL Fantasy Football Presented by Leo Vegas feels like the postscript of a nightmare that has been all too true for each team this season.

With the loss of BC’s Mike Reilly, all nine teams have experienced change at pivot this season, be it forced by injury, ineffective play or — in some cases — both. This week gives us Danny O’Brien ($5,000) as the new face in the rankings at the position, and with three weeks remaining in the regular season, there’s enough time for another injury or two to impact either Grey Cup hopes or how a franchise approaches the offseason.

Fantasy users competing for league titles will have to avoid the winds of change at the position, as this week’s rankings at running back and receiver are impacted by the upheaval at quarterback.

Vernon Adams Jr. ($10,928) gets another crack at the Argos, who allowed 335 passing yards and three total majors against him in Week 11. Toronto has given up a league-high 52 offensive touchdowns and are eighth in yards per play allowed at 7.0. Guess who’s ninth? Why it’s the Alouettes, making McLeod Bethel-Thompson ($8,563) a great option considering he tossed for 464 yards and two touchdowns in Week 11. Montreal and Toronto are the two worst defences in average passing yards, which could lead to a pinball-like pace. Bo Levi Mitchell is getting into November form, having completed 79.3% of his passes in last week’s win over the Roughriders. Winnipeg has given up a league-high 27 completions of better than 30 yards and could be the tonic Calgary’s quick-strike passing attack (league-low 15 big passing plays) needs. Only the Argos are less efficient against the pass than the REDBLACKS, who must contain Hamilton’s explosive attack guided by Dane Evans ($8,448), who has thrown 12 of his 16 touchdown passes in his last five games.

Cody Fajardo ($10,550) remains a paradox: The Roughriders lead the league with 8.8 yards per pass, but only Ottawa has managed fewer touchdown passes than the 15 that Fajardo has managed. BC held him to just 169 passing yards the last time the teams met in Week 7. Facing Calgary’s run defence means Chris Streveler ($9,335) will need to be productive in the air, a challenge that has faced the Bombers pivot much of the season. Interceptions plagued Will Arndt’s ($5,000) starting debut, but he did toss for 288 yards and a pair of majors in the loss against Toronto. O’Brien will be in for a long 60 minutes against Saskatchewan’s pass rush.

The Als should have William Stanback ($7,397) returning to the lineup. Toronto is last in rushing defence while allowing 20 scores on the ground. This should shape to be Stanback’s best Fantasy output of the season. Andrew Harris ($9,941) rushed for 100 yards the last time he saw the Stampeders, but he’s due for solid receiving numbers after failing to record a reception last week. Likewise, William Powell ($7,865) may have to rely on his pass-catching skills to offset a Lions defence looking to keep him in a three-game rushing funk (135 yards, one touchdown). This may be the one game to have faith in James Wilder Jr. ($7,616), but the usually productive receiver has just 20 yards on six catches in his past three outings. John White ($7960) may see more green jerseys stacked up front, especially if the Roughriders don’t respect the Reilly-less Lions offence.

Terrell Sutton ($6,226) was impressive in his last outing, but will he get the bulk of the Ticats’ carries or will Hamilton revert to making the run game a group outing? Perhaps this is the Don Jackson ($6,850) we should expect. Is there a Greg Morris ($2,500)-Brendan Gillanders ($3,500) timeshare in Ottawa if Mossis Madu ($6,480) remains on the 1-game Injured List? Somehow, one gets the feeling either Terry Williams ($4,352) or Marcus Thigpen ($3,346) is overdue for a big outing in the return game.

Brandon Banks ($12,929) has five straight games of at least 18.2 Fantasy points via receiving. The Ticats passing game is much different than the last time they played the REDBLACKS when Banks was held to just 25 receiving yards in Week 10. Reggie Begelton ($11,724) has at least 70 receiving yards in eight of his last nine games while pulling in at least six passes in his last six and eight of his past nine. Both Banks and Begelton will thrive even with productive sidekicks in Bralon Addison ($10,360) and Eric Rogers ($7,981), respectively. Just how bad could Bryan Burnham ($10,942) be without Mike Reilly? If based off of last Saturday, then Burnham could be a huge risk. The pass defences of Montreal and Toronto strongly suggest stacks with either team. Eugene Lewis ($7,896) is a good foundation for the Alouettes and could be paired with either Quan Bray ($5,383) or TD-dependent Jake Wieneke ($4,127). Derel Walker ($8,560) and/or S.J. Green ($7,034) could be paired with Armanti Edwards ($6313) or a flier on Rodney Smith ($3747). Naaman Roosevelt ($5,967) is the WR2 in Saskatchewan with Kyran Moore ($5,994) becoming less of an option. Still, Shaq Evans ($7,613) remains the top target in the Riders’ attack.

Speaking of pairings, the duo of Dominique Rhymes ($7,302) and R.J. Harris ($5,999) is an under the radar option, especially if the REDBLACKS have no spark in the running game and let Will Arndt fling it at will. Is it time to buy into Hergy Mayala ($3,315), who has produced 38.6 Fantasy points over the past two games? Winnipeg lacks a consistent Fantasy option at receiver, so much so that Drew Wolitarsky ($3,487) has become a factor after last week. Still, it might be best to avoid them against a Stampeders defence that has allowed just 15 passing majors this season.

Danny O’Brien has to face a Roughriders ($5,786) defence that has recorded 11 sacks, seven turnovers and a defensive score in their last three games. Calgary ($5,299) gets to face Chris Streveler, who has just two games of better than 10 Fantasy points via passing. The Stamps could rack up points if the Bombers are forced to play from behind early. On the other side of the coin, Winnipeg ($6,075) could put up points if they make the Stamps become one-dimensional offensively. Hamilton is a strong value play since the Ticats ($5,231) feast on the league’s worst offence in the REDBLACKS.