Berg vs. Ferg: Can the Bombers’ formula succeed in the playoffs? 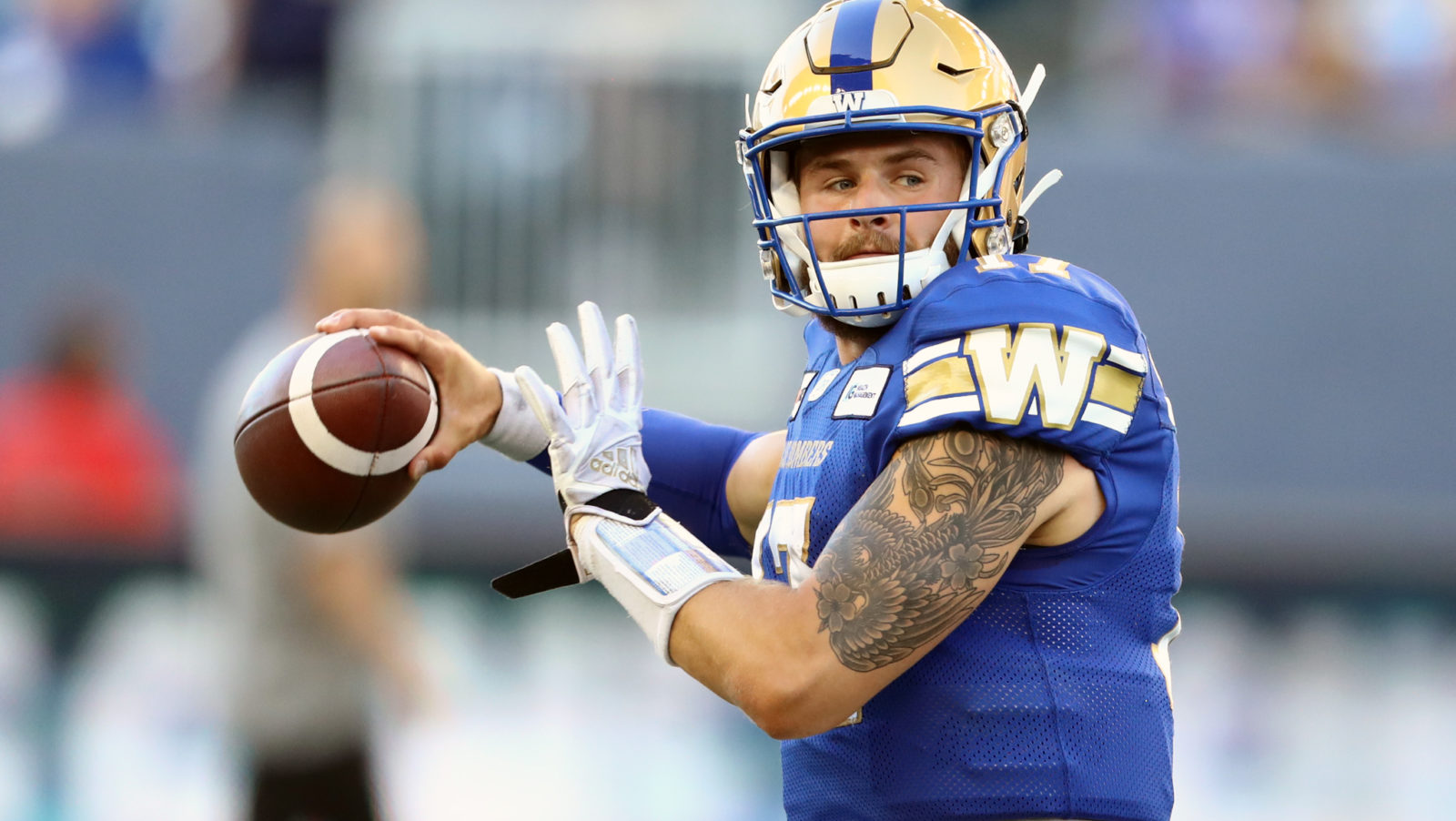 Berg vs. Ferg: Can the Bombers’ formula succeed in the playoffs?

Berg vs. Ferg is back for 2019 as columnists Pat Steinberg and Marshall Ferguson debate over some of the league’s most contentious storylines. This week’s question: Can the Bombers’ method succeed in the playoffs?

TORONTO — In some ways, the Bombers look like any other Grey Cup contender vying for a chance to raise the trophy in late November.

They’re 10-6, in a three-way tie for first in the West, and they’ve outscored their opponents by 102 points this season. They’re well-coached, take the fewest penalties in the league and force the most turnovers, and they currently rank second in the league in both points for and against.

So what exactly is it about this football team? Since Matt Nichols suffered a season-ending injury, and Chris Streveler took over as the team’s starting quarterback, the Bombers’ formula has become unique to teams trying to win a Grey Cup.

There are many differing elements of Grey Cup Champion teams over the years, but one common denominator has been a dominant passing attack. At just 215 passing yards per game, last in the CFL, the Bombers do things differently.

With just 193 passing yards per game since Streveler took over, the Bombers’ success will come along the ground. They run the ball — and stop the run on defence — better than any team in the CFL. But can the formula succeed in the playoffs?

To win their first Grey Cup since 1990, there’s a solid chance the Winnipeg Blue Bombers will have to win three playoff games. They wouldn’t be the first team to make that happen, however I worry about their current offensive formula in attempting that feat. The Bombers are employing a very unique approach on offence, but it has also been somewhat one-dimensional. I’m skeptical that approach will be enough to potentially beat one, or both, of Calgary and Saskatchewan en route to a Grey Cup appearance.

I think Chris Streveler is one of the most intriguing, athletically gifted quarterbacks we’ve seen in the CFL in quite some time. But because Streveler isn’t a proficient traditional passer, at least not as of yet, Winnipeg’s effectiveness on offence can be limited. That scares me going up against defences like those of the Riders and/or Stampeders, especially if those matchups were to happen on the road.

Since taking over from Matt Nichols in Week 11, Streveler has only passed for over 300 yards on one occasion. Overall, he’s averaging less than 200 yards passing per game as a starter and has thrown more interceptions (nine) than touchdown passes (six). If opposing defences are able to limit Winnipeg’s ability to move the ball through the air, it’s going to be that much harder for their run game to truly get to work.

As good as Streveler is running the ball, and as elite as Andrew Harris is, those two are going to be far easier to slow down if the Bombers aren’t passing the ball dangerously. The other current CFL heavyweights (Hamilton, Calgary, Saskatchewan) all boast impressive defensive groups that are going to be tough to beat at any time of year. In November, and potentially on the road, will likely prove to be that much more difficult.

I really like a lot of the pieces that exist in Winnipeg right now. The Bombers remain the most stout defence in the league against the run, which could serve them well come playoff time. But until I see an attack that is a little more well-rounded and multi-faceted, I think it’s going to be tough for them to go on a deep playoff run in 2019.

Since Matt Nichols was injured the Winnipeg Blue Bombers’ formula for success has significantly changed, and the margin for error has never been smaller for a Mike O’Shea coached team with this amount of talent.

Unlike Hamilton or Montreal, Calgary or Saskatchewan, the Bombers don’t appear to have a consistently threatening downfield passing game as of this moment. That means their production on first down is paramount as it keeps defences honest to an open playbook on second down.

Here’s the thing about this style of play for the Bombers: they chose it.

Their coaching staff and players clearly made the determination that increasing running play calls and changing some pass game schemes was required if there was any hope of having success.

When you make a clear decision as an organization to change your style and approach it creates a clear vision as to how games have to be won, then all that’s left to do is execute.

The Bombers made this fundamental change because they know how good their defence and special teams are and they know they have the ability to move the football in a way most teams don’t want to have to defend for three hours.

As the weather worsens down the stretch this formula will very clearly sink or swim, but there is no doubting this is a direction Winnipeg chose because they know it gives them the best chance. Oh, and if Collaros starts the playoff game, disregard all of this because all bets, tendencies and expectations go flying out the window, especially in a one-game, winner take all scenario.