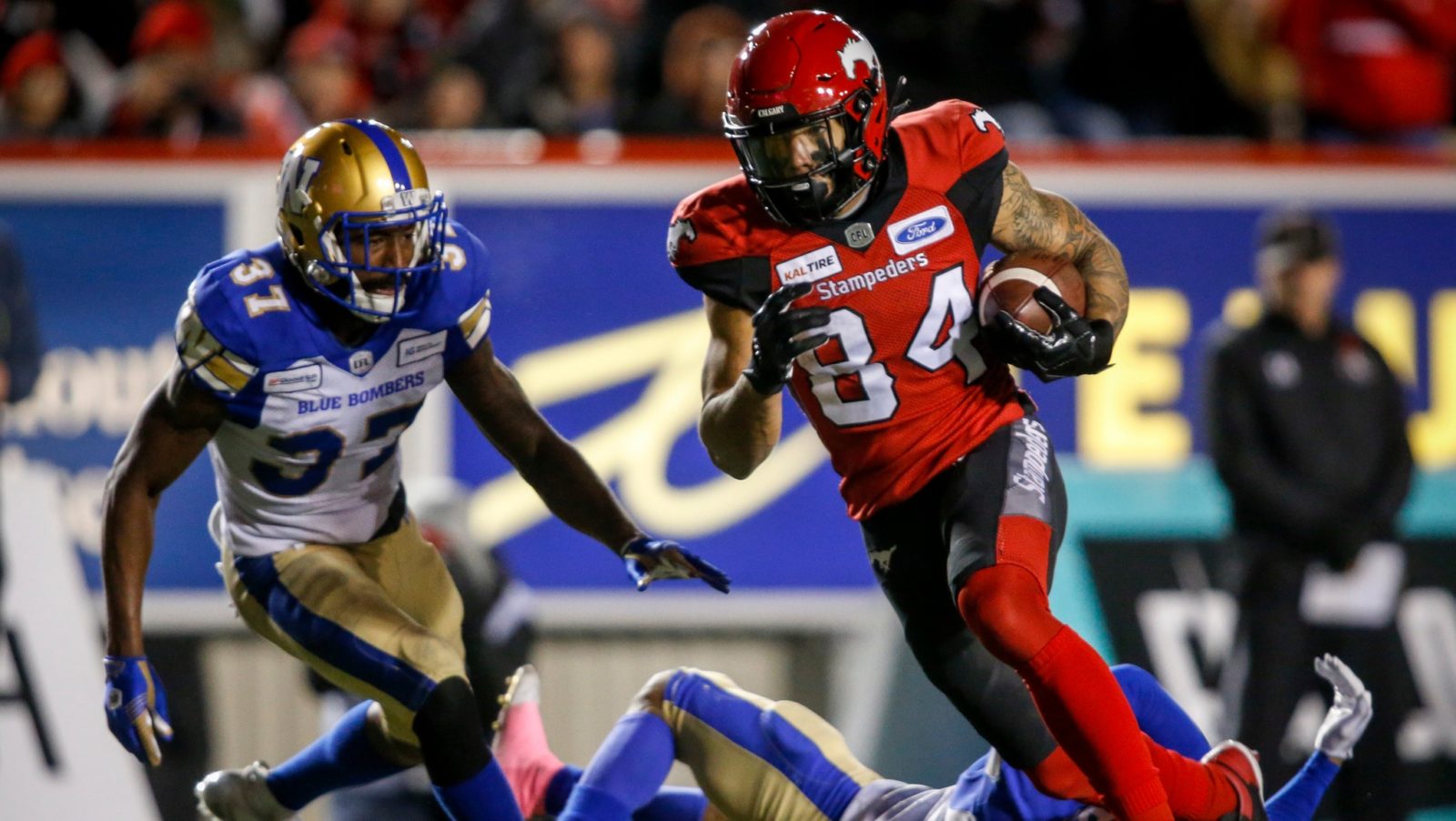 CALGARY — Bo Levi Mitchell’s fourth-quarter touchdown pass to Reggie Begelton led the Calgary Stampeders past the Winnipeg Blue Bombers in Week 19, and the Stamps have now won six of seven games since Mitchell returned from injury in Week 12. Now sitting tied atop the West with the Saskatchewan Roughriders at 11-5, the Stamps’ passing attack is stepping up at just the right time with two games left in the regular season.

“I feel that was one of my top performances in a while,” Mitchell said after the win over Winnipeg. “I just felt sharp, felt like I was getting the ball out. That only happens with every single guy on that field balling out.”

Mitchell had his fourth game with over 300 yards passing since returning from injury, and the 29-year-old quarterback has thrown eleven touchdown passes over that same stretch.

“I thought Bo played super well,” head coach Dave Dickenson said. “I mean the guy was on fire, made some throws that not too many other guys in the world make. He just was on target.”

The Stamps came out on top in a game that saw the Bombers leading at half-time. Mitchell came through with a clutch completion to Josh Huff for a two-point conversion that tied the game up in the third quarter, and his touchdown to Begelton with ten minutes remaining gave the Stamps a lead they would not surrender. Calgary is now 7-2 at home this season.

“It was a great football game,” Dickenson said. “Every time we’ve been playing (the Blue Bombers), it’s been really close. We protected our turf well. That’s the plan, win at McMahon.”

Winnipeg grabbed early momentum with 14 points off a pair of turnovers in the first half, but the Stamps constantly found a way to respond with solid offensive drives each time the Bombers pulled ahead.

“Those are the kind of drives that win you games, that kind of instill that mindset that you’re a championship team,” Mitchell said.

Calgary is now leading the hunt to claim a West Division title, and Dickenson made it clear how important it is for the Stamps to finish strong in their remaining two games that are both on the road.

“The ideal position is to try to obviously finish first, and hopefully you can win one game at home and get to the Cup,” Dickenson said.

The Calgary Stampeders will face the Winnipeg Blue Bombers again in Week 20, this time travelling on the road to square off in Winnipeg next Saturday at 8:30 p.m. EDT.