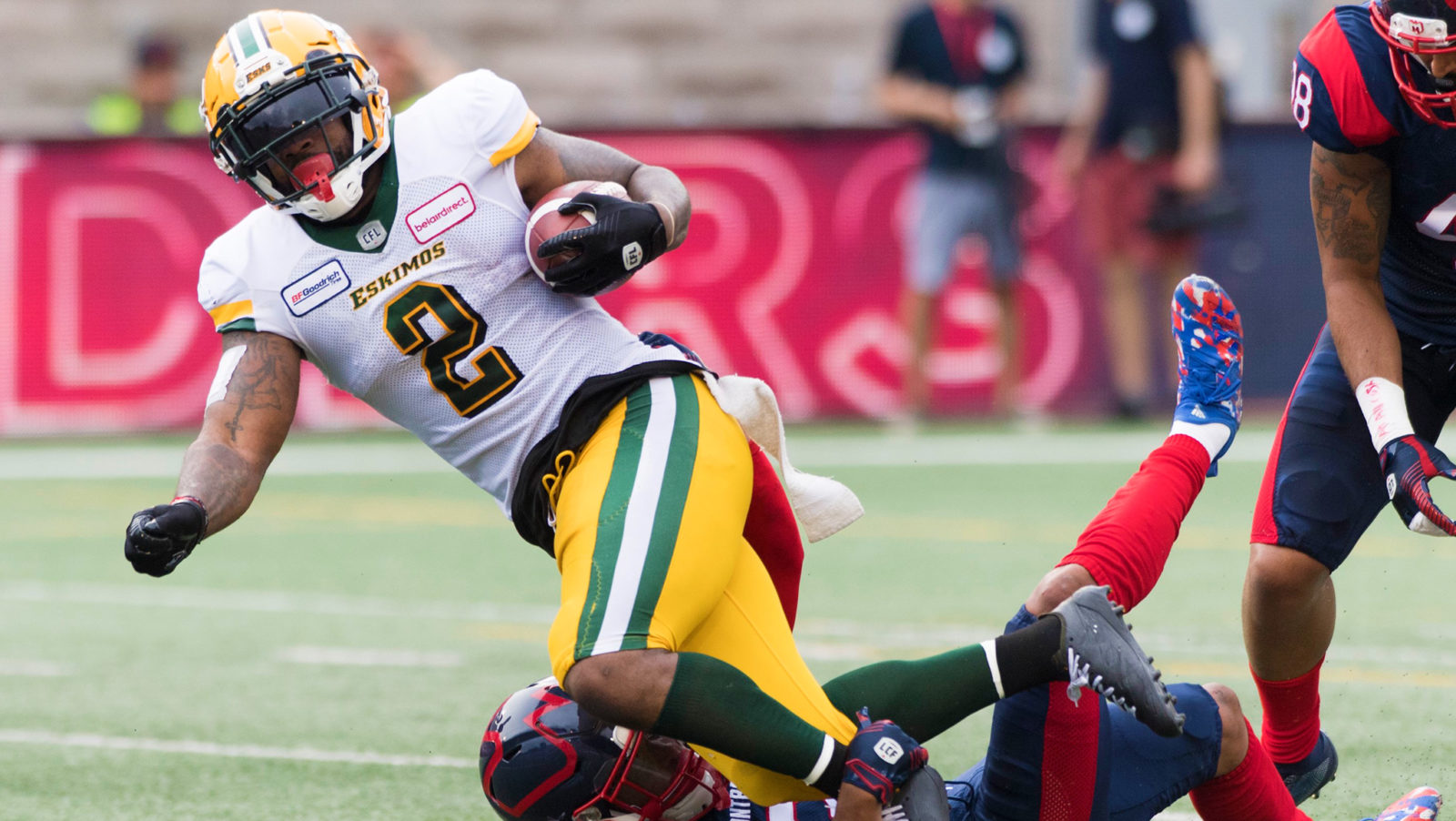 The first matchup of Semi-Final Sunday features the Edmonton Eskimos crossing over to the East to take on Montreal.

The Eskimos are trying to accomplish something no other team has, which is getting the Grey Cup through the crossover.

Trevor Harris played one game since missing two months with an arm injury and he looked prepared for the playoffs in a loss to Saskatchewan in Week 20. Edmonton decided to rest many starters in last week’s loss to the Riders, so they elected for rest over reps.

Montreal decided to do something completely different, giving starters most of a half or more in their regular season finale.

The resurrgent Alouettes are riding the wave of momentum created since Vernon Adams Jr. became the starting quarterback. They found their identity with Adams at the helm. They also seem like the Cinderella team in the playoffs as many counted them out at the start of the season and when they changed coaches heading in to the first week of the season, it lowered the expectations even further.

Now they look capable of knocking off not only Edmonton, but also a shot at upsetting Hamilton next week.

Out West, it’s a rematch of last year’s Western Final between the Bombers and the Stampeders.

For the Bombers it’s their third straight game against the Stampeders, while Calgary had a reprieve from Winnipeg with a game against BC to finish the season. Winnipeg had a bye week to end the year to rest up some players with some lingering injuries.

For the Edmonton Eskimos to be successful on the road, they’ll have to accomplish two things. First, they need C.J. Gable to return from injury fresh and with little rust. He’s one of the best all around running backs in the league. The Eskimos also have to find a way to stay on the right side of the line.

They’re the most penalized team in the league and just got three roughing the passer calls in a close game in Saskatchewan. Those drive extending penalties that favour the opposition will kill you in the post-season.

Edmonton also has to cash in on drives. They are one of the best teams in terms of yardage but are among league leaders in field goal attempts, while low down on offensive touchdowns.

I’m expecting to see a high energy Montreal team but can they harness that energy to remained focused and stay within their assignments. Sometimes players try to do too much in big games and give the opposition to take advantage of missed assignments.

Vernon Adams Jr. is the biggest question mark. He’s proven he can win in remarkable fashion and can be counted on to pull tricks out of his hat to extend plays, extend series and make big plays. The Alouettes are among the best throwing the deep ball, while William Stanback is able to dominate on the ground if the game dictates that.

My biggest thing for this game is the experience that Edmonton has in these games. They’ll be led by Almondo Sewell and Larry Dean on defence. Trevor Harris and Greg Ellingson have been there done that on offence.

Weather may dictate this one as the Stampeders biggest question mark this season has been their run game.

There is no question that the Bombers have the advantage on the ground with a great offensive line and the best running back in the CFL, Andrew Harris.

The Stampeders have the better receiving corps and the better quarterback but if the weather makes for a tough passing day, things could swing heavily in the Bombers favour.

The Stamps are led by the most successful quarterback in the CFL over the last five seasons. Last year, Eric Rogers was the Bombers kryptonite in the playoffs with three touchdown receptions. They also didn’t have Reggie Begelton in the lineup that day against Winnipeg.

Zach Collaros has to be even better than he was two weeks ago when he pulled off the upset in Winnipeg. That game also included a Houdini-esque play for a touchdown that he won’t be able to repeat in Calgary.

Would this be a good time to mention Bo Levi Mitchell has never lost a start at McMahon Stadium in the playoffs?