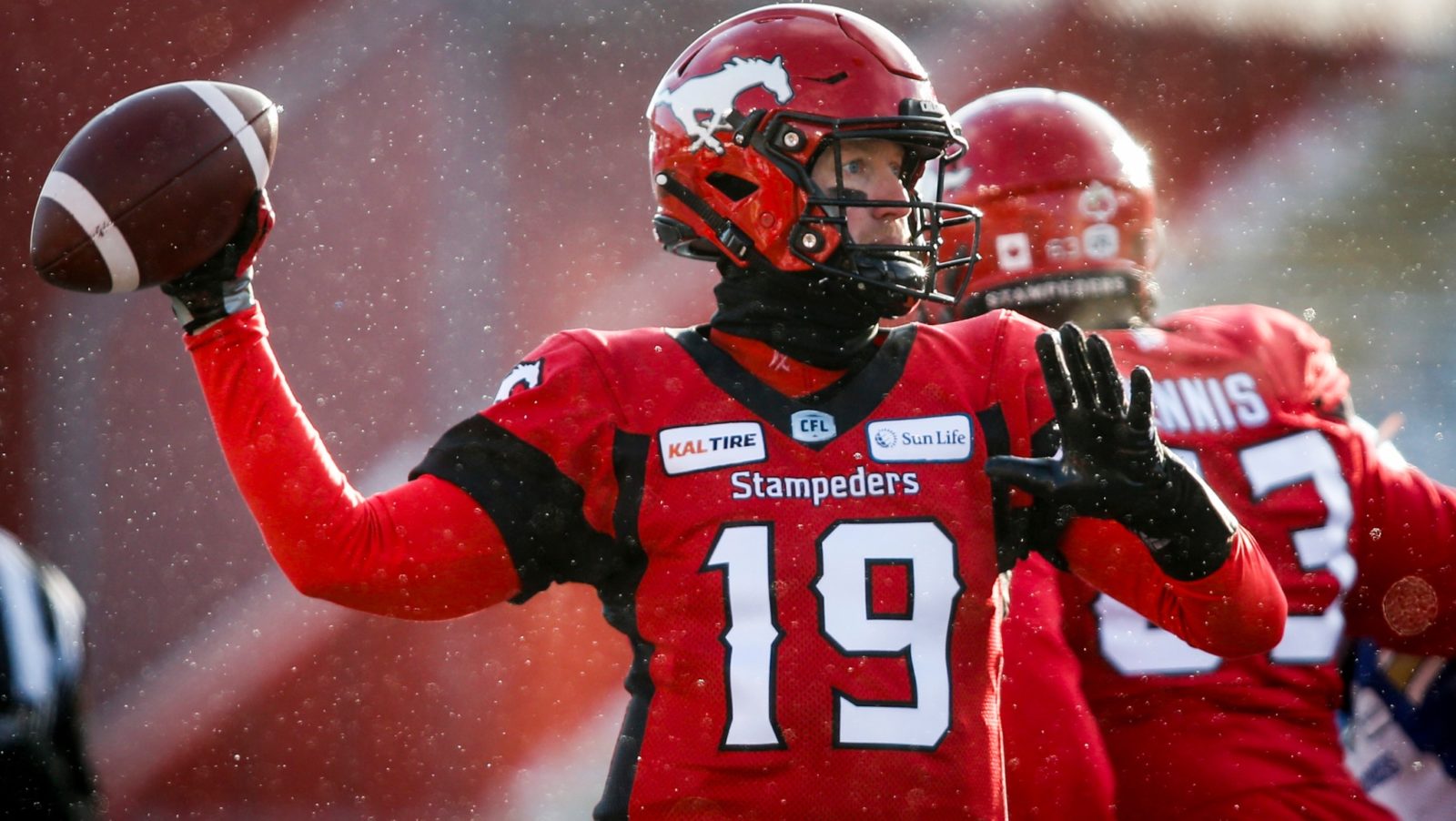 CALGARY — The reigning Grey Cup champion Calgary Stampeders suffered an early playoff exit with a 35-14 loss at home to the Winnipeg Blue Bombers in the Western Semi-Final on Sunday, and both head coach Dave Dickenson and starting quarterback Bo Levi Mitchell reflected on the team’s performance after the game.

“Really honestly just got outcoached and outplayed,” Dickenson said. “You got to look in the mirror on that. The team that played the best won the football game.”

Despite the disappointing loss, Mitchell had his head held high after the game as he thought back on all the team had accomplished in recent seasons. In a sport where any team can find a way to come out on top in any given game, the playoff loss to Winnipeg was just another learning lesson.

“With success comes failure,” Mitchell said. “You got to go through it, got to keep your chin up.”

Mitchell was quick to take the blame after the loss, as the Bombers shutout Calgary in the second half and scored 20 points in the fourth quarter after their stout secondary intercepted Mitchell three times. The Stamps’ leading receiver in the game was Josh Huff with only 66 yards on six catches, and Mitchell finished the game with just 12 completions for 116 yards and a single touchdown pass to Reggie Begelton.

“Didn’t execute when we had to,” Mitchell said. “Just me and the receivers being a little bit off on some things route wise, yardage wise, distance wise, things like that. Just didn’t have my stuff today.”

Mitchell had been a man on a mission since returning from injury in Week 12. The 29-year-old quarterback led Calgary to a 7-2 record over the final stretch of the season while throwing 16 touchdown passes. But Winnipeg won the regular season series 2-1 and found an answer for the Stamps’ offence in the end.

“I think just from feeling hot for the last five weeks I’ve been feeling that I can make every one of those throws,” Mitchell said. “The arm kind of finally caught up with me, and I just didn’t make the throws that I needed to.”

“I’m really proud of the players and coaching staff for giving it a good run,” Dickenson said. “Everyone bought in and did everything they could. We wanted to try to make a run at this for the Grey Cup here in our home city, but there were just challenges we couldn’t overcome.”

One of the challenges Calgary faced was the absence of 1,000-yard receiver Eric Rogers. The 28-year-old missed his second straight game due to injury, and the Bombers’ secondary thrived in man coverage during the second half while taking advantage of his absence.

“Eric’s an amazing player, and he’s definitely a playoff player,” Mitchell said. “He makes huge plays out there for me in man coverage, and that’s something they did.”

Dickenson said the Bombers presented fresh looks on defence that caught the Stamps off guard and ultimately made the difference in a final quarter that was dominated by Winnipeg.

“It was a tough environment to throw the football,” Dickenson said. “They did some new stuff, I’ll give them credit. Definitely had some different coverages and some different things. They did a nice job on their bye week coming up with tweaks.”

Don Jackson averaged 7.9 yards per carry against the Bombers and finished the game with 63 rushing yards on just eight touches. Jackson’s 35-yard run in the fourth quarter was Calgary’s longest offensive play of the game. Ante Milanovic-Litre added 21 rushing yards, and Begelton scored a rushing touchdown for just the second time this season.

“I thought we ran the ball well,” Mitchell said. “We’ve talked about the run game for the last couple of weeks. I thought Don did a really great job. Even if some holes weren’t there, he made some guys miss and made some great plays, something we could’ve leaned on. I just didn’t have that counter for it on the 1-2 punch.”

Kamar Jorden made his return to the Stamps lineup fourteen months after suffering a serious knee injury. But the 30-year-old receiver could not get it going against the stingy Bombers secondary and finished the game with only 15 yards on a pair of catches.

“We’re all upset, but there’s no hanging it in,” Mitchell said. “We’ve been to the Grey Cup four times out of the last five years. This is one of the years we’re not going to make it, and that’s OK.”