Berg vs. Ferg: Which non-QB is more vital to success? 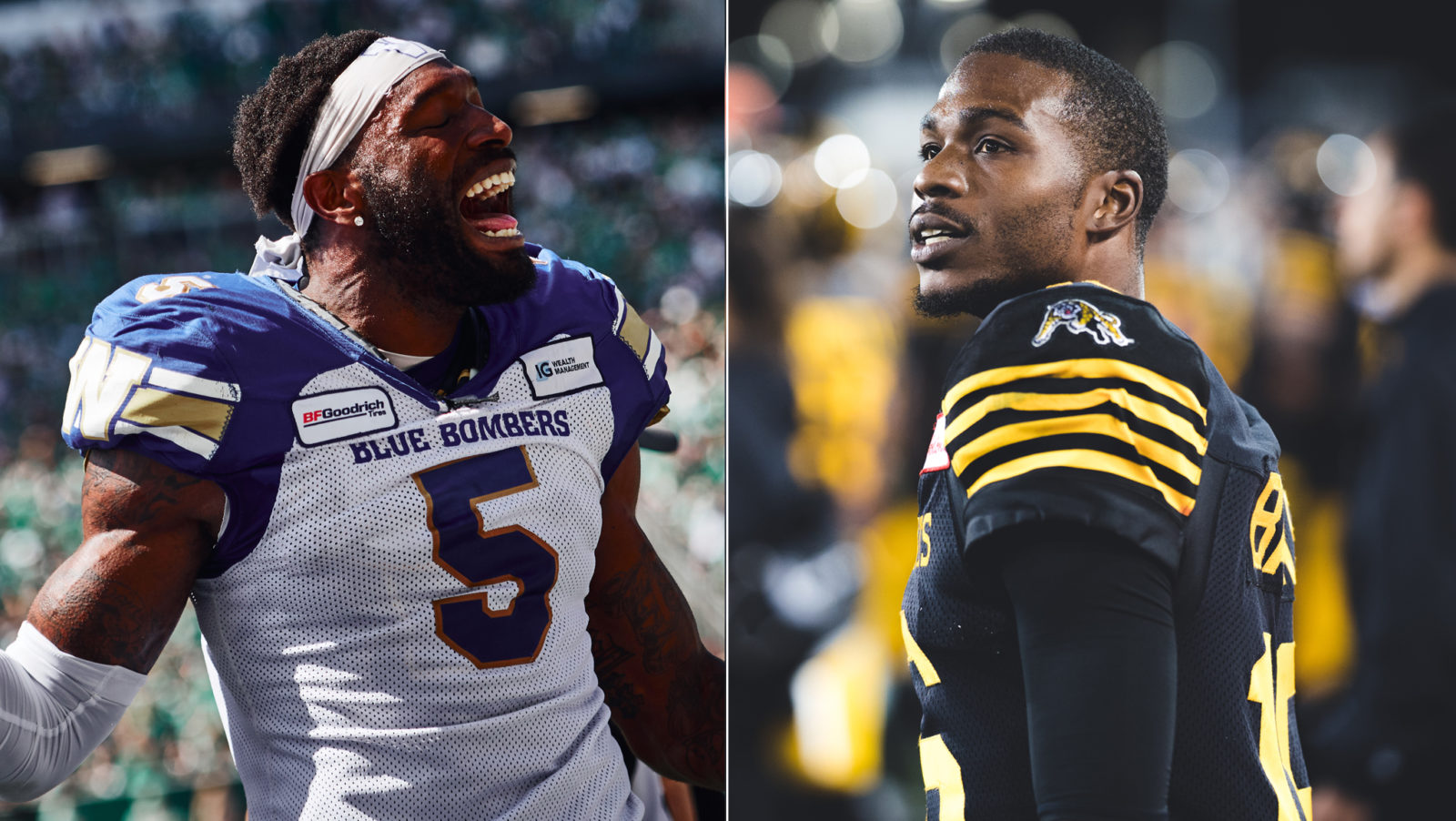 Berg vs. Ferg: Which non-QB is more vital to success?

Berg vs. Ferg is back for 2019 as columnists Pat Steinberg and Marshall Ferguson debate over some of the league’s most contentious storylines. This week’s question: Which non quarterback is more vital to success, Brandon Banks or Willie Jefferson?

TORONTO — When it comes to defensive players in the CFL, Willie Jefferson is a statistical anomaly.

The Winnipeg Blue Bombers defensive end has impacted the game like no other on that side of the ball, leading the league in pass knockdowns (16) and forced fumbles (6) while also chipping in 12 sacks.

Many would argue that Ticats receiver Brandon Banks, considered the favourite to win Most Outstanding Player, has made the greatest impact of any non quarterback in the CFL. Banks presents a unique challenge for not only opposing defences but also special teams units.

Quarterback is, without debate, the most impactful position in football. But players like Jefferson and Banks, who can change any game in a moment’s notice, are true difference makers for their respective teams.

Which non-quarterback is most vital to his team’s success? Pat Steinberg and Marshall Ferguson debate.

Willie Jefferson is a GREAT player, but the basic mechanics of Canadian football prevent him from having a bigger impact on a playoff game than any top end skill position player when both are at their best.

Now factor in that Hamilton Tiger-Cats receiver Brandon Banks is no normal skill position player and you have a clear cut favourite to impact a playoff game.

Not only can Banks burn defenders in the aerial attack with downfield routes or quick screens that become field flipping runs, he has also become influential in the ground game as the horizontal threat of Banks on jet sweeps and end arounds has opened running lanes for everyone from Cameron Marshall to Tyrell Sutton, Jackson Bennett to Sean Thomas-Erlington.

Jefferson has his way of impacting the game, but it comes in a limited area of the field. For Banks the entire defence must be aware of where he is at all times which means he’s able to influence the full field, even without getting a target or touch.

It doesn’t take a CFL historian to realize the overwhelming advantage – if you aren’t already convinced – Banks has over Jefferson: the return game.

While I wouldn’t put it past Jefferson to add a kick return touchdown to his already wild career resume, the fact remains as a veteran and now primary receiver Banks still has the ability to bust open a game in a moment’s notice through a punt or missed field goal return.

It’s an incredibly unique skill that he possesses that only reinforces the truth: Brandon Banks has more of an impact on playoff games than Willie Jefferson.

Twelve sacks, six forced fumbles, two fumble recoveries, and an interception. That’s the regular season stat line for Winnipeg’s Willie Jefferson heading into the Western Final against the Saskatchewan Roughriders. There isn’t a defensive player in the league with the ability to impact the game in so many different ways on any given snap. That’s why Jefferson has the chance to make the biggest impact of anyone in either game on Sunday afternoon.

There’s very little separating Winnipeg and Saskatchewan heading into their showdown at Mosaic Stadium in Regina. In what should be a hard fought, extremely close, grinding affair, a player like Jefferson can make all the difference. Widely known as one of, if not the, best athlete in the CFL, Jefferson only needs one play to turn a game on a dime. In what looks like a battle between two evenly matched teams, that type of game breaker is of huge value.

Jefferson hasn’t shied away from playing his former team, either. After three seasons with the Riders, Jefferson signed with the Blue Bombers in 2019 free agency and has delivered on his big contract. The West Division’s Most Outstanding Defensive Player racked up three sacks and a forced fumble in three regular season meetings with the Riders. You can’t manufacture that type of motivation.

There are other elite defensive players in the CFL, but I don’t know if there’s anyone with as wide ranging an impact as Jefferson’s. He can get after the quarterback as well as anyone, he can chase things down on the outside, and he’s devastating when making contact. With his ability to alter the course of the game in the blink of an eye, and in so many different ways, Jefferson’s value is almost unmatched at playoff time.