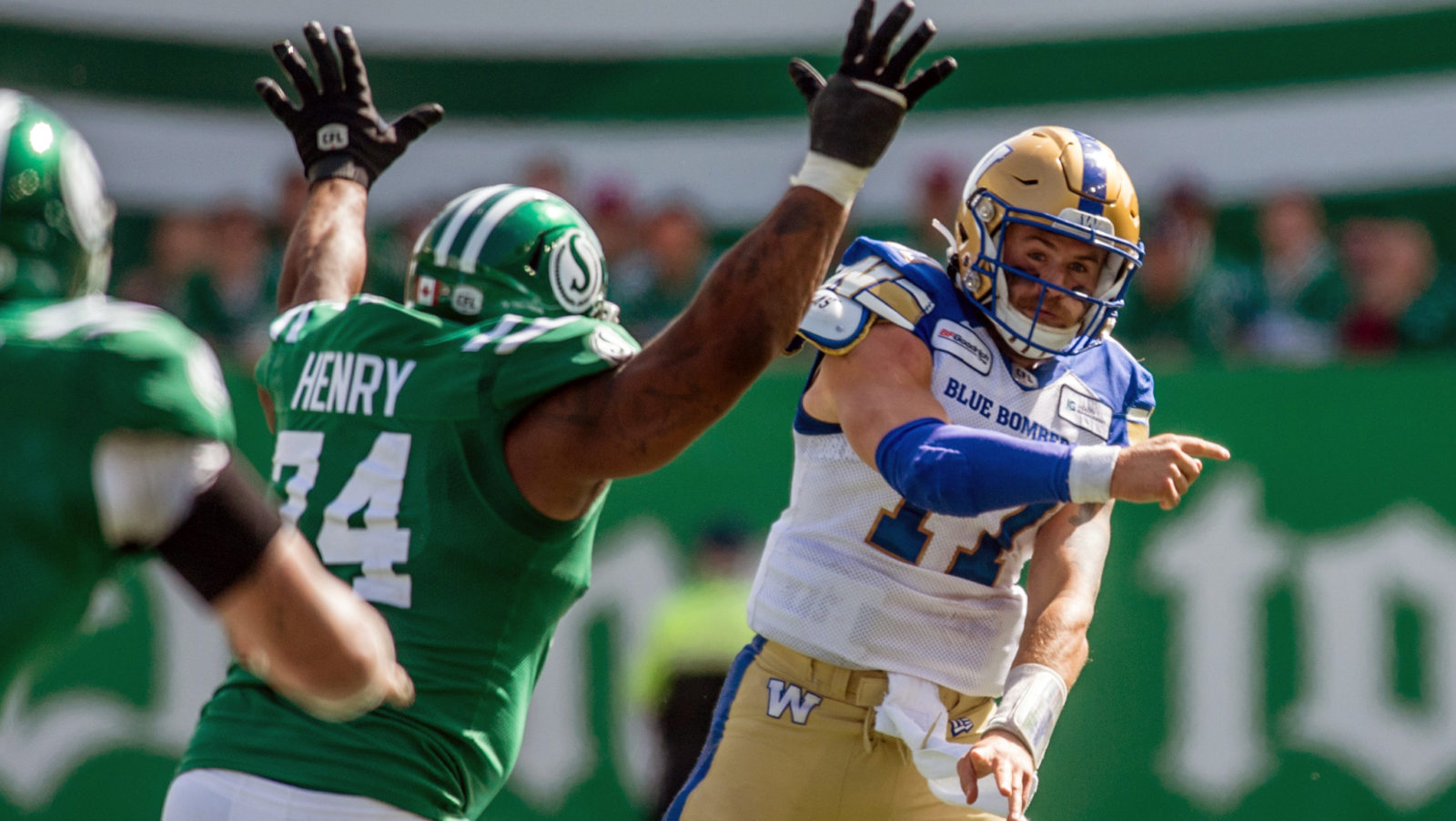 There are a select few of those guys around the CFL and on Sunday, with seasons on the line, those will be the players to watch.

We know that when it comes to the Winnipeg Blue Bombers, Andrew Harris and Adam Bighill are going to have a major say in the outcome of the football game. Ditto for Shaq Evans for the Riders, Brandon Banks for the Tiger-Cats and Trevor Harris with the Eskimos.

Now, this list usually highlights one of the more understated playmakers on each side of the ball but there is almost zero way to ignore Greg Ellingson not only based on his play but on who the opponent is.   Last week, Ellingson has 125 yards receiving in the win over the Als but the real story is how he plays the Tiger-Cats.  Ellingson simply has Hamilton’s number — In two career playoff games against the Ticats, Ellingson has amassed 13 catches for 330 yards and two touchdowns.  Should he and QB Trevor Harris connect like they did in last year’s Eastern Final, it could be enough to propel the Eskimos to an upset in Steeltown.

Don Unamba was on this list last year while a member of the Ticats which is one of the main reasons he is again this year.  Unamba is part of a linebacking corps that is two-thirds former Tiger-Cat.  Unamba plays a unique position, alternating from run contain defender, to QB spy, to drop-back cover-linebacker.  He may not be in the Ticats defensive huddle anymore but he sure does know the skillset of playmakers such as Brandon Banks, Luke Tasker and Bralon Addison as well as anyone in the league which may provide the Esks defence with a leg up.

At one point it wasn’t a sure thing that Jaelon Acklin would dress after leaving the season finale early with an injury but all signs seem to be pointing to him making the start.  If he does, he is a difference-maker in the Hamilton offence.  Since Dane Evans has taken over the Ticats offence, the two have connected for just under 500 yards as Acklin has emerged as one of the better possession receivers in the league. Not an easy feat, working in the shadow of Banks and Addison.

It is amazing how much changes in a year.  Last season at this time, Richard Leonard was the odd man out in the Hamilton defensive backfield, regulated to a backup role in the playoffs.  A calendar year later and he is coming off a regular season where he suited up in all 18 games, finished tied for fourth in the league in interceptions, recorded a pick-six and forced a pair of fumbles.  If Harris is going to try and pick apart another secondary this week he is going to have to do so knowing that Leonard is constantly around the ball and that the margin for error is significantly more narrow.

The Saskatchewan offence is all about ball-control, owning the time of possession and taking shots down the seam when the oppoirtunity presents itself.  Marcus Thigpen isn’t the starting tailback on the Riders and infact has rarely been so during his tenure in Regina.  However, the ageless playmaker is made for the playoffs.  CFL.ca’s Riders insider Jamie Nye echoed this notion in his recent column of a similar theme.  He is a change of pace back that can be run up the gut, off tackle and out of the backfield in the passing game and his 169 yards two years ago in the Eastern Semi-Final is proof that he can emerge seemingly out of nowhere to alter a big game.

Louchiez Purifoy is somewhat of an exception here since he can affect the game both in the defensive backfield and on special teams.  He is one of the more understated returners in the league which is advantage Saskatchewan in a matchup where field position will be paramount.  However, Purifoy’s play on the back end of the Riders defence is truly what makes him an x-factor. The five-year CFL vet has a trio of interceptions on the year and always seems to be around the ball.  A sound coverman, Purifoy can matchup with the deep threats that Winnipeg field and is a solid open-field tackler which will be needed when facing the league’s leading rusher in Andrew Harris.

If this list was made for anyone, it is Chris Streveler.  The Bombers’ backup QB embodies x-factor and put that on full display for all to see last week in Winnipeg’s road upset over Calgary in the Western Semi-Final. The hulking pivot’s unique skillset changes everything in the Bombers attack when he checks into the game.  He didn’t complete a pass last week and still was arguably the most important player on the field for the Bombers. Offensive coordinator Paul LaPolice is as creative an offensive playcaller as there is in the CFL and nobody benefits from that more than Streveler.  He will keep a very disciplined, ball-hawking Saskatchewan defence on their toes.

Patience and rallying to the ball is the name of the game when defending the Saskatchewan Roughriders and their aforementioned ball-control offence.  Mercy Maston was all over the field last week in Calgary and has been so all year.  Maston does his work in a group that is one of them ore underrated secondaries in the league and will be critical facing a Riders club that takes what it can underneath but relies on deep shots to the likes of Shaq Evans and Kyran Moore when they decide to stretch the field.