Bombers banking on slowing down ‘Speedy B’ 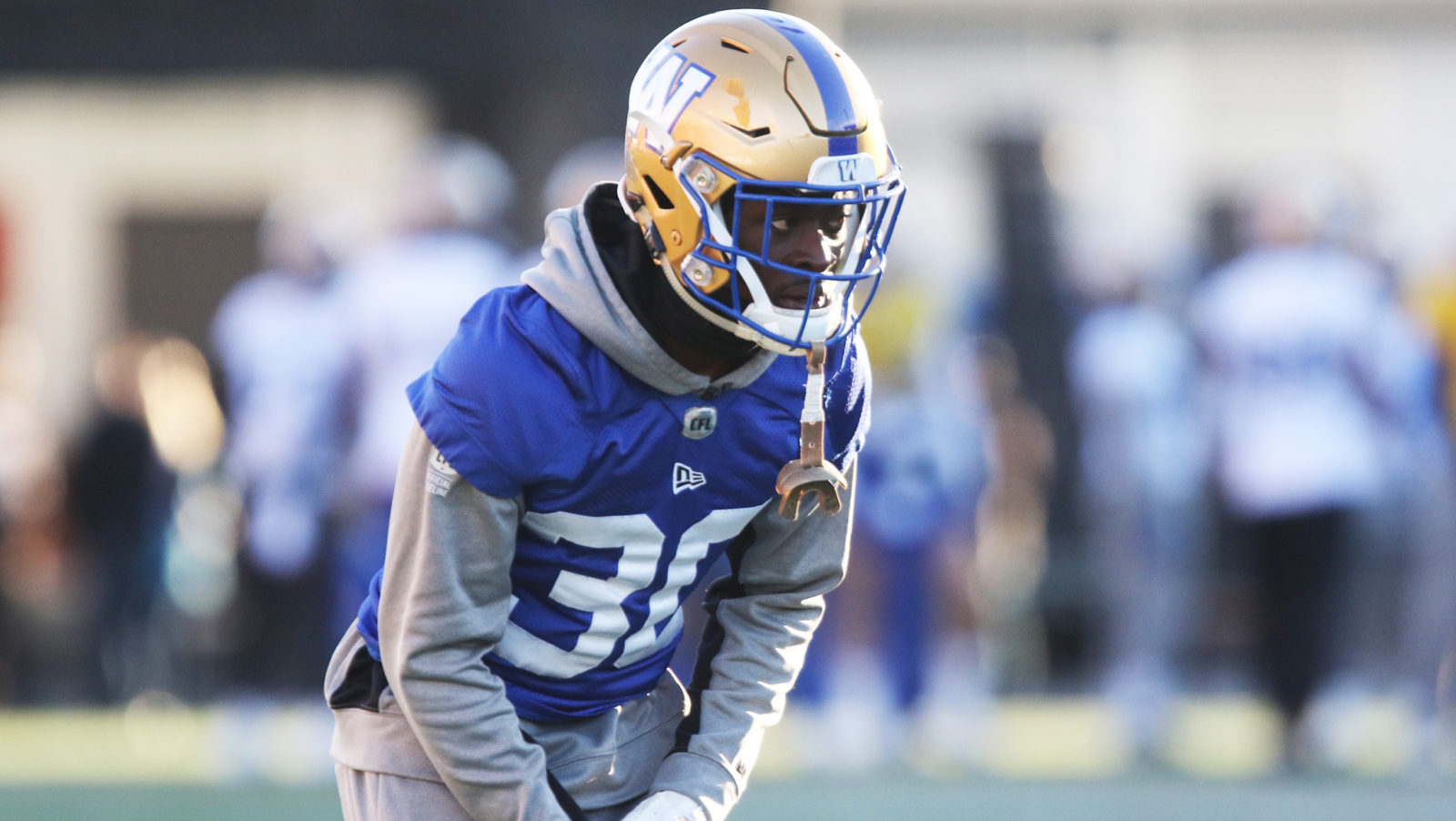 Bombers banking on slowing down ‘Speedy B’

The Winnipeg Blue Bombers are trying to formulate a plan that will succeed where other teams have failed all season.

The Bombers must limit the damage inflicted by Hamilton Tiger-Cat slotback Brandon Banks if they hope to win Sunday’s 107th Grey Cup presented by Shaw at Calgary’s McMahon Stadium.

Winnipeg defensive coordinator Richie Hall is too much of a realist to expect the Bombers will totally shut down Banks, named the CFL’s Most Outstanding Player after leading the league with 112 catches for 1,550 yards and 13 touchdowns. He also returned two missed field-goal attempts for touchdowns.

“You try to contain him,” said Hall. “All you can try to do is slow down that speed.”

Hall said the Bombers have little room for error, especially when it comes to Banks.

“We have to play smart,” he said. “You’ve always got to know where he’s at and you can’t take it for granted. You have to be fundamentally sound. You have to be on point and know the ball is going to come his way.”

At five-foot-seven and 150 pounds, there are high school players bigger than Banks. What makes him special is blinding speed, precise route running, and the soft hands to make clutch catches.

Banks set the tone for Hamilton’s 36-16 win over the Edmonton Eskimos in the Eastern Final with a diving highlight reel grab for a touchdown. He finished the game with four catches for 100 yards.

“He’s developed into the receiver he is now so he’s very comfortable. Just eliminate his explosive plays. Let everything happen in front of us.”

Defensive half back Marcus Sayles said the Tiger-Cats like moving Banks around the field. That makes communication in the secondary important to make sure there are no broken coverages.

“With a player like him, that gets around the whole field, it’s important that we echo all the calls and the different checks we have (so) he won’t get open as he’s been in the past.”

“His 70 to 80 percent is a lot of our full speed,” said Alexander. “He knows how to turn it on when he gets into his routes.”

One ingredient in controlling Banks is having the right angle to make a tackle. Banks led the CFL with 657 yards after the catch.

“A lot of his plays do come off broken tackles,” said Alexander. “The angle has to be good and open field tackling is very key.”

Being build low to the ground, Banks can duck under hits and leave would-be tacklers grasping at his vapors.

“With this guy he can dip all the way to the floor, and you can literally miss him, and he’s standing right in front of you.”

Expect the Bombers to try to confuse Banks with different looks. They will try to take away his time and space and prevent him from getting comfortable.

“You have a lot of different ways that you want to defend him,” said Hall. “You can’t give him the same look all the time.

Hamilton beat Winnipeg both times the teams meet this season. Banks had a combined 14 catches for 161 yards and a touchdown in those games.

In their last meeting on Sept. 27, the Ticats roughed up the Bombers 33-13 in Winnipeg. Quarterback Dane Evans went 17 for 31 for 308 yards and two interceptions in the first half of that game.

“His 70 to 80 percent is a lot of our full speed. He knows how to turn it on when he gets into his routes.”

Through the Lens: The Bombers return to familiar surroundings for practice

Paying too much attention to Banks creates other problems. Hamilton’s impressive stable of receivers includes Bralon Addison, who had 1,236 yards and seven touchdowns, and Jaelon Acklin, had over 700 yards. Both Marcus Tucker and Luke Tasker are also dangerous.

Sayles said the best way to shut down the Hamilton passing attack is for the defensive line to put pressure on Evans and force him to get rid of the ball quickly.

Banks is accustomed to being the centre of attention.

“Once I figure out the type of defence, they want to play . . . we’ve just got to execute.”

Sayles said Banks is good, but the Bombers can be better.

“I don’t feel like anybody can’t be stopped,” he said. “Everybody has weakness. We just have to figure out what it is (with Banks) in the hours we play the game.

“We just have to make sure we win our matchups.”