EDMONTON — Less than a month after parting ways with Jason Maas, the Edmonton Eskimos have lured former Argos sideline boss Scott Milanovich to Edmonton, naming him the 22nd head coach in franchise history.

The Edmonton Eskimos have named Scott Milanovich as head coach – the 22nd in team history.

Milanovich returns to the CFL from Jacksonville where served as quarterbacks coach for the Jaguars since 2017. He spent the final five weeks of the 2018 season as the team’s play caller. He now reunites with QB Trevor Harris who played under the Milanovich in Toronto for four seasons.

“I am honoured and humbled for the opportunity to lead the Edmonton Eskimos, one of the Canadian Football League’s most historic franchises, as the head coach beginning in January,” Milanovich said. “Chris Presson and Brock Sunderland have an amazing vision for the organization, and I’m grateful for their trust and confidence in me. I look forward to assembling a coaching staff that will work tirelessly every day to make our fans and the people of Edmonton proud of what the Esks represent to the community. On behalf of my wife, Jaime, and my children, Macall and Maggie, we are excited to begin this new chapter of our lives in Alberta and to meet the incredible fans of the Green and Gold,” says Milanovich. 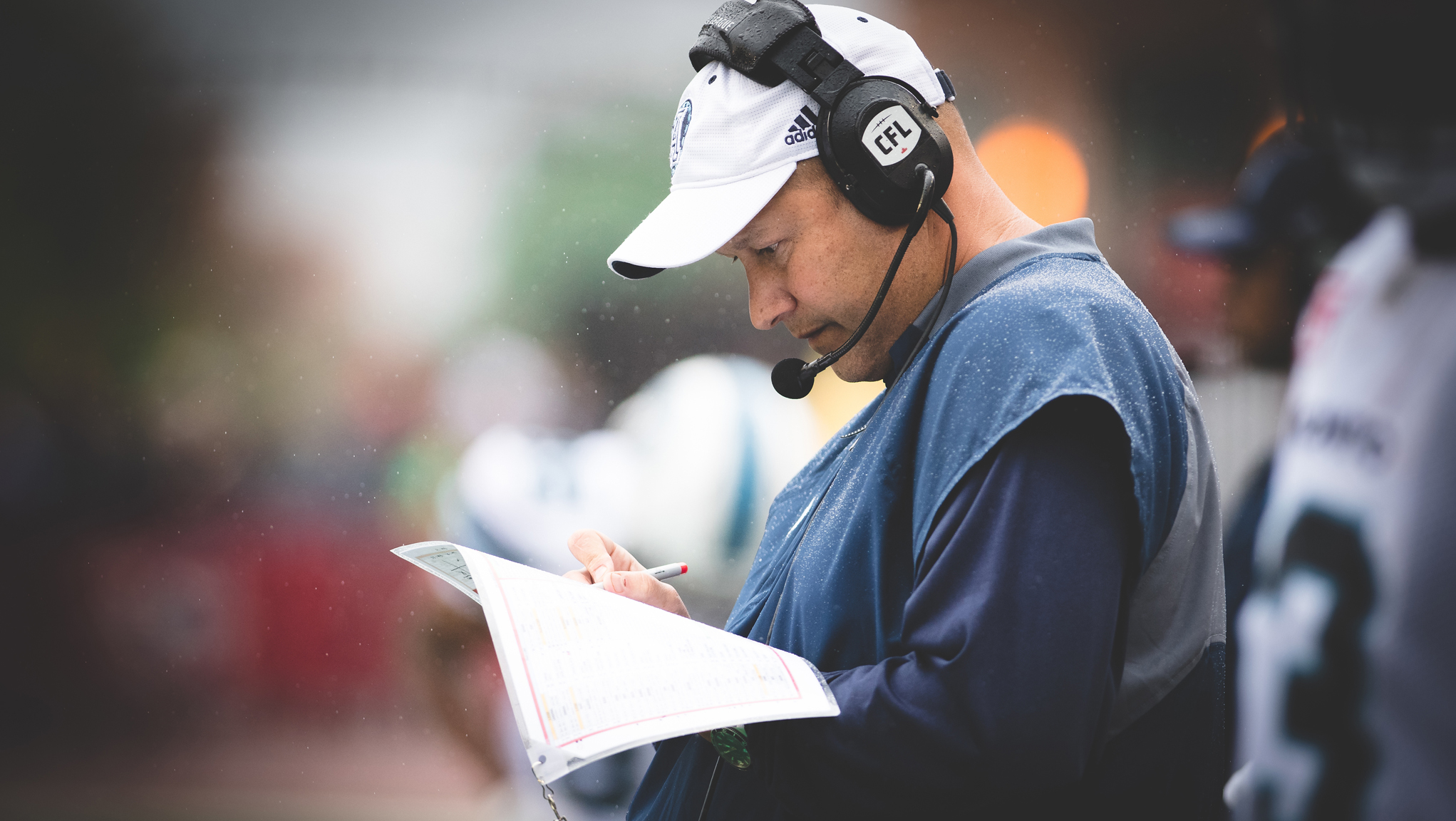 Scott Milanovich returns to the CFL after leaving for the Jacksonville Jaguars in 2016. In five seasons as Toronto’s head coach he won a Grey Cup in 2012 and made the playoffs three times (Johany Jutras/CFL.ca)

“Scott has a wealth of football knowledge and is a great leader who is a proven winner,” General Manager Brock Sunderland said in a statement. “He is renowned for his ability to develop and get the best out of quarterbacks. After an exhaustive search, we know Scott is the right man to lead our franchise. We’d like to welcome Scott and his family to the Eskimo family.

Following the 2016 season, Milanovich would step down as the head coach of the Argos and joined the Jacksonville Jaguars as their QB coach — a position he’d held until this point.

Jaguars Head Coach Doug Marrone said, “Scott has been a valuable member of our offensive staff over the last three seasons, and I know he’ll do a great job in his new role with the Eskimos. I’m excited for Scott and his family to embark on a new journey in Edmonton in January, and we wish them the best.”

“To the Khan family, Coach Marrone, the Jaguars organization and all of the fans, thank you for the time in Jacksonville and for embracing our family,” Milanovich said of his time in Jacksonville. “I’ll always have fond memories of our experience in North Florida, and I will work hard over the final three weeks of the season to do everything I can do to help our team win.”

Milanovich would take over an Eskimos squad that has made the postseason in five of the previous six seasons. They made it into the playoffs in 2019 as the crossover team. After beating the Montreal Alouettes in the Eastern Semi-Final, they’d drop the Eastern Final to the Hamilton Tiger-Cats.