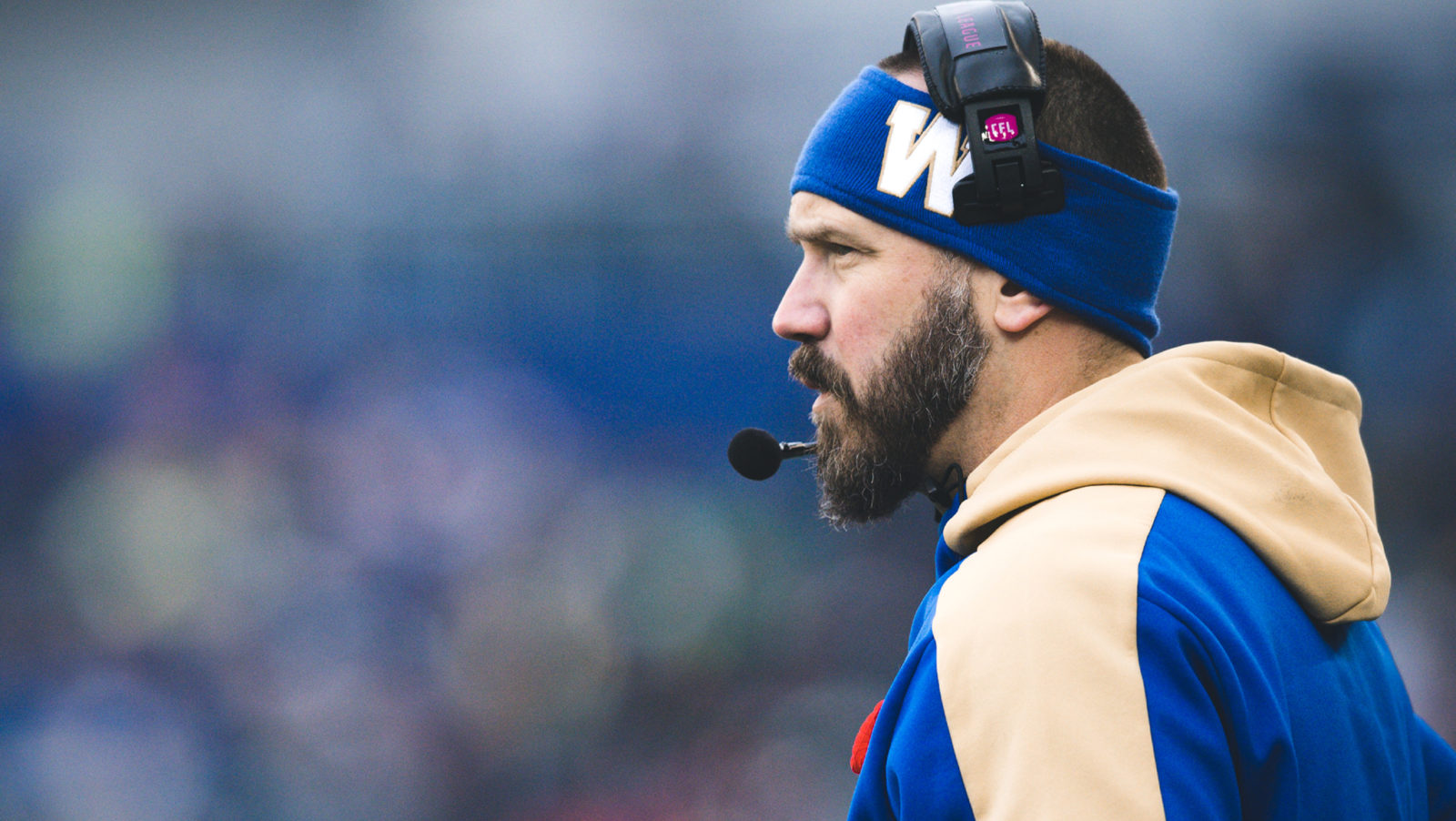 WINNIPEG — The Winnipeg Blue Bombers have announced their staff for the 2020 campaign that will work under head coach Mike O’Shea.

Buck Pierce has been promoted to offensive coordinator. He will also serve as the team’s quarterbacks coach. Kevin Bourgoin has also changed roles, as he will move from running backs coach to receivers coach. Pete Constanza will take over Bourgoin’s previous role as the running backs coach in 2020.

The Bombers also announced that Marty Costello will remain in his role as the offensive line coach and remain with the team for a fifth consecutive season. 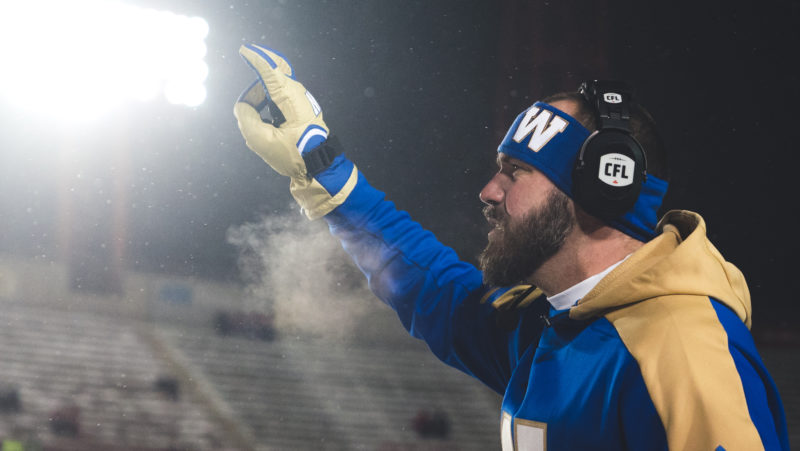 The 2020 season will be the seventh for Pierce as a member of the team’s coaching staff, including four years as the quarterbacks coach and two previously tutoring the running backs. He has been a highly-pursued assistant across the Canadian Football League over the past few seasons, opting instead to stay in Winnipeg and continue working with the Bombers.

The 2019 campaign was both challenging and rewarding for the Bombers offensively as the club used three different starting quarterbacks following injuries to Matt Nichols and Chris Streveler and the October trade to acquire Zach Collaros — who when went 4-0 in his starts en route to victory in the 107th Grey Cup presented by Shaw.

Despite that, the Bombers still finished second in the CFL in offensive touchdowns (45) and third in points (24.6) while leading the league in rushing (147.9 yards per game) and time of possession (32 minutes and two seconds) in 2019. The Bombers also finished first in offensive points scored in 2018 despite losing Nichols for three games to open the season. They were also second in that regard in 2017.

During his most recent time as the Bombers’ quarterback coach, Pierce helped Nichols move into the club’s Top 10 passing yardage list while posting career-best statistics. Pierce played a role in the development of Streveler who, in 2018, not only became the CFL’s first straight-from-college quarterback to start an opener in 24 years, but over the past two seasons became one of the league’s most dangerous two-way threats at the position. As well, following the trade for Collaros, Pierce was instrumental in helping the quarterback in his crash course of the Bombers’ offence for the team’s memorable run in the playoffs.

Pierce was also one of the most popular quarterbacks in team history during his almost four years as the club’s starter (2010-13) before retiring in 2014. During his nine seasons in the CFL with the Bombers and B.C. Lions, Pierce finished with 15,289 yards passing and 76 touchdowns in 130 games played.

Born in Kansas and raised in Crescent City, CA, Pierce played his college ball at New Mexico State before signing in B.C. in 2005. He has become a full-fledged Winnipegger since signing with the club as a free agent in 2010, establishing deep roots both personally and professionally in the city. He remains involved in a number of community initiatives, including Special Olympics Manitoba, Manitoba Minor Football, Ronald McDonald House, Faces of Freedom, the Dream Factory and the United Way after-school programs.

Bourgoin will be entering his fourth year with the club after serving the previous three years as the team’s running backs coach.

The Bombers have had a great deal of success running the ball over the past three years, with Andrew Harris capturing the last three league rushing titles. The team led the CFL in rushing yardage in 2019, averaging 147.9 yards per game. Winnipeg’s 2,663 yards rushing was the most by the club since 1965, when the team rushed for 3,005 yards in a 16-game season.

Prior to joining the Bombers, Bourgoin was the associate head coach at the University of Maine from March of 2007 to January of 2016. He also served as the receivers coach at Brown University for five years after beginning his coaching career at Colby College.

Costanza joins the Bombers staff after spending the past 12 seasons as the receivers coach with the Calgary Stampeders, where he was part of three Grey Cup winning teams.

Costanza helped play a role in the development of a number of receivers during his time with the Stampeders, including Reggie Begelton, Eric Rogers, Hervy Mayala, Nik Lewis, DaVaris Daniels, Kamar Jorden and Marquay McDaniel.

Prior to joining the Stamps in 2009, Costanza was the head coach of the Albany Conquest in the Arena Football League 2 and spent the AFL2 offseason working as the defensive backs coach at Rensselaer Polytechnic Institute. He got his start in coaching in 1997 with the New Jersey Red Dogs, during which time John Hufnagel was the team’s head coach.