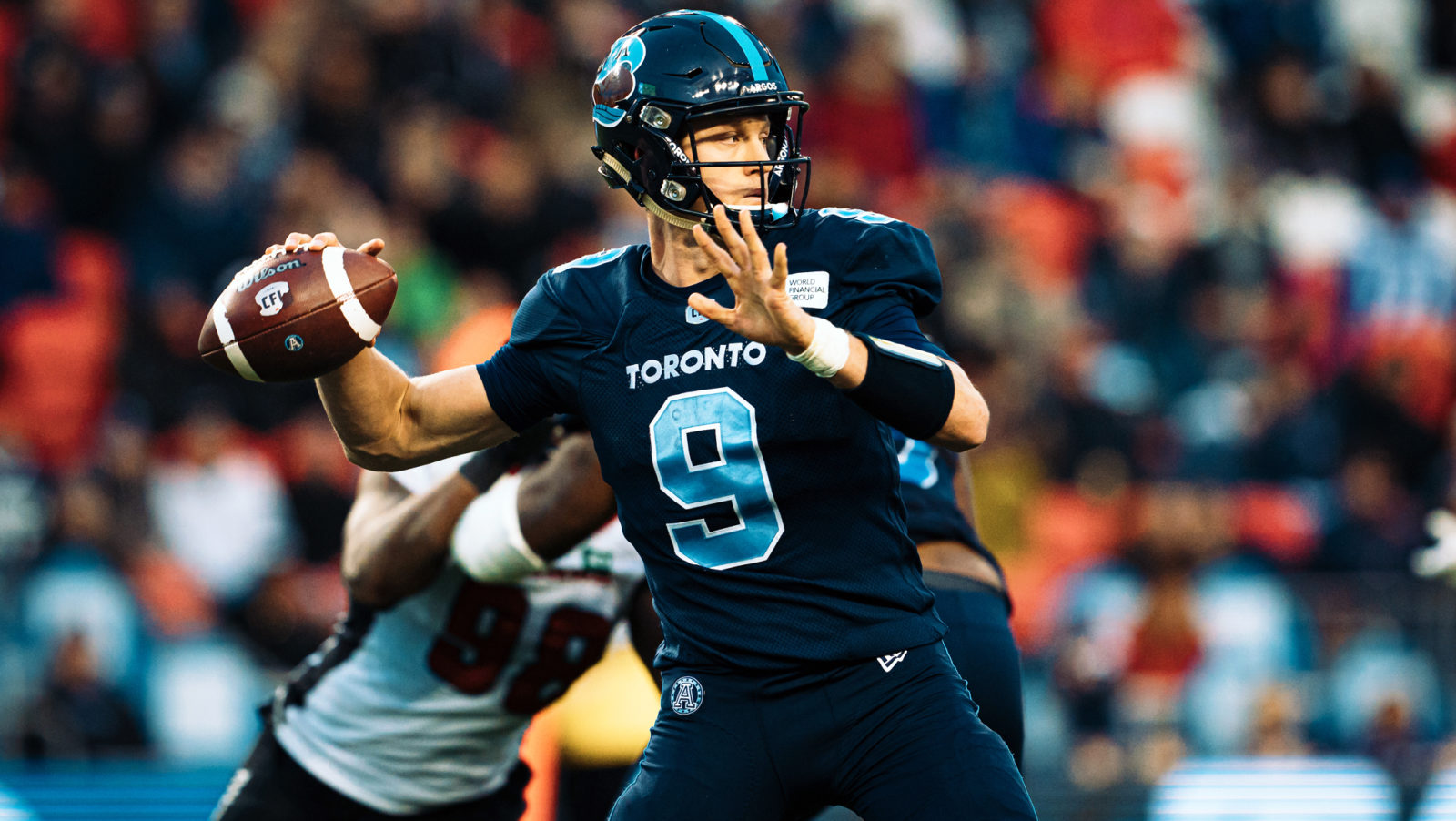 Prukop dressed for 41 games over three seasons with the Toronto Argonauts. He recorded his first passing stats in 2019, completing 18 of 30 passes for 284 yards and three touchdowns against two interceptions. He also carried the ball 11 times for 39 yards.

He also saw action on special teams in Toronto and recorded nine tackles over three seasons.

Collegiately, Prukop played his senior season at Oregon in 2016. In six games for the Ducks, he completed 94 of 143 passes for 1,214 yards, eight touchdowns and two interceptions. He also rushed the ball 54 times for 171 yards and two scores.

Prior to transferring to Oregon, Prukop played three years at Montana State and completed 387 of 607 passes for 5,584 yards, 46 touchdowns and 16 interceptions. As a junior for the Bobcats in 2015, he threw for 3,822 yards and 28 touchdowns and earned second-team all-Big Sky Conference honours. He was a third-team conference all-star in 2014.