Nye: It’s time for a change with the rouge

Nye: It’s time for a change with the rouge

On Tuesday, CFL.ca’s Matthew Cauz wrote an argument to keep the rules of the rouge the way they are. In the post, he cited an argument in favour of change written by CFL.ca contributor Jamie Nye. After Cauz’s pointed commentary, Nye has a more complete justification of why he’d like to see the rouge modified.

A rouge to win?

What would be more exciting than that? Oh, let me think. Ah, yes.

After reading Matthew Cauz’s defence of the rouge, which I thought was a nice attempt to defend the essence of the single point in our beloved CFL game, I couldn’t buy in with the three examples he used to say the game would be best if the rouge stayed. 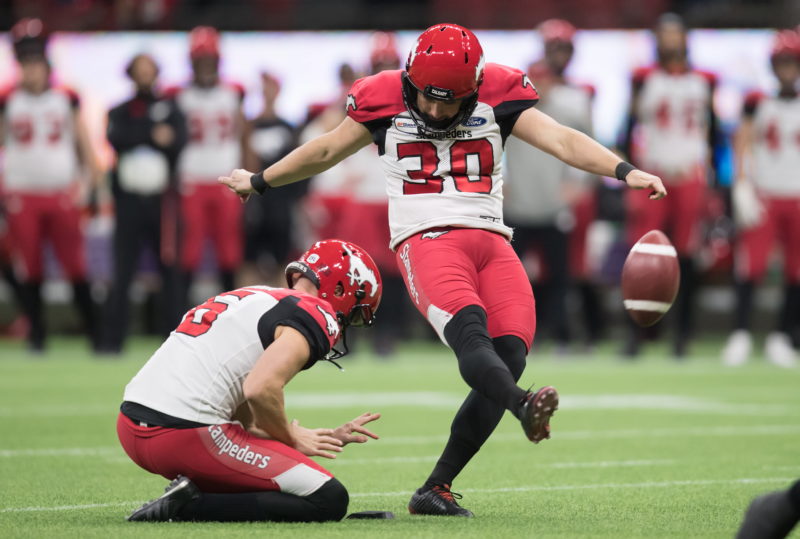 Field goal attempts that sail wide and punts that scuttle through the end zone shouldn’t be rewarded with a point, Jamie Nye argues (Darryl Dyck/CFL.ca)

Example one showed Damon Duval miss a makeable 36-yard field goal that resulted in the kick out, kick back in, fumble, squib kick, fumble, recovery for the touchdown.

The game was tied at 30-30 and if Toronto would have let the ball just sail out the back, who knows what kind of thrilling finish we were robbed of in overtime.

Example two was the Roughriders punting into the end zone, in which Ottawa couldn’t get it out of the end zone to be tackled for the single. Let me point out that the amendment to the rouge I proposed in my commentary on 980 CJME and 650 CKOM this week wouldn’t change anything on that play. The team would still have to get the ball out of the end zone to avoid giving up a point. The returner could see if the ball rolled through the end zone, but watching, I doubt that would have happened.

If the ball would have rolled through the end zone, oh shucks, we would have had overtime. And nobody enjoys that, right?

Example three is Sergio Castillo‘s missed 42-yard field goal in a 17-17 game with Toronto when Chris Rainey steps out of the back of the end zone, giving up the single. If he lets it go, we would have overtime.

Sure, there is a quirky side to the rouge but I’d rather watch overtime.

Look, I’m not here to erase over 100 years of history with the roots of our beloved game and the single, dating back before the forward pass was allowed in. 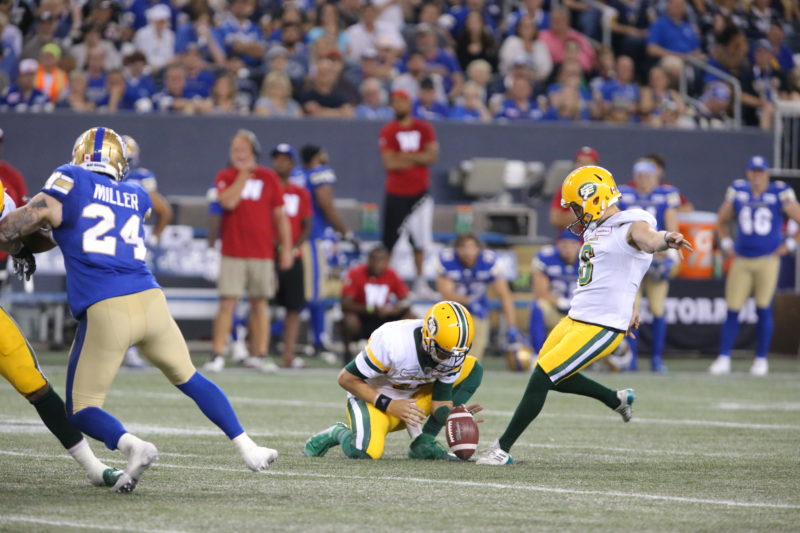 Edmonton kicker Sean Whyte tees up a field goal against the Bombers in a June, 2019 game (Jason Halstead/CFL.ca)

Oh, thank goodness we didn’t have the same Cauz-esque protectionists around back then or we may be still playing a game with only laterals and pooch kicks down field. That’s not a dig on rugby, which is a fantastic game. It’s a point to make that rules are there until someone believes there is a way to improve an already quality game.

Right now, the rouge is well beyond what its intended purpose was back in the early 1900s.

Today, it’s a point that rewards failure. It’s a 42-yard field goal miss or a 36-yard miss, or at times when a punter is going for a coffin corner kick or trying to keep the ball inside the 10 yard line when it bounces the wrong way.

Nothing is more telling than watching a kicker hang his head, maybe curse at himself, and see a point get put on the board.

The CFL has an easy fix to stop rewarding failure. In fact, the rule I’m advocating for is already in the rule book.

A ball that bounces through the end zone that isn’t touched doesn’t result in a point. The only time a point is awarded is when the returner concedes the point.

Establish the rule across all kicks. Simple. Easy. The rouge stays, the chance for the kick out will still live and maybe we’d have a few more overtime games.

Certainly, we could all live with that.