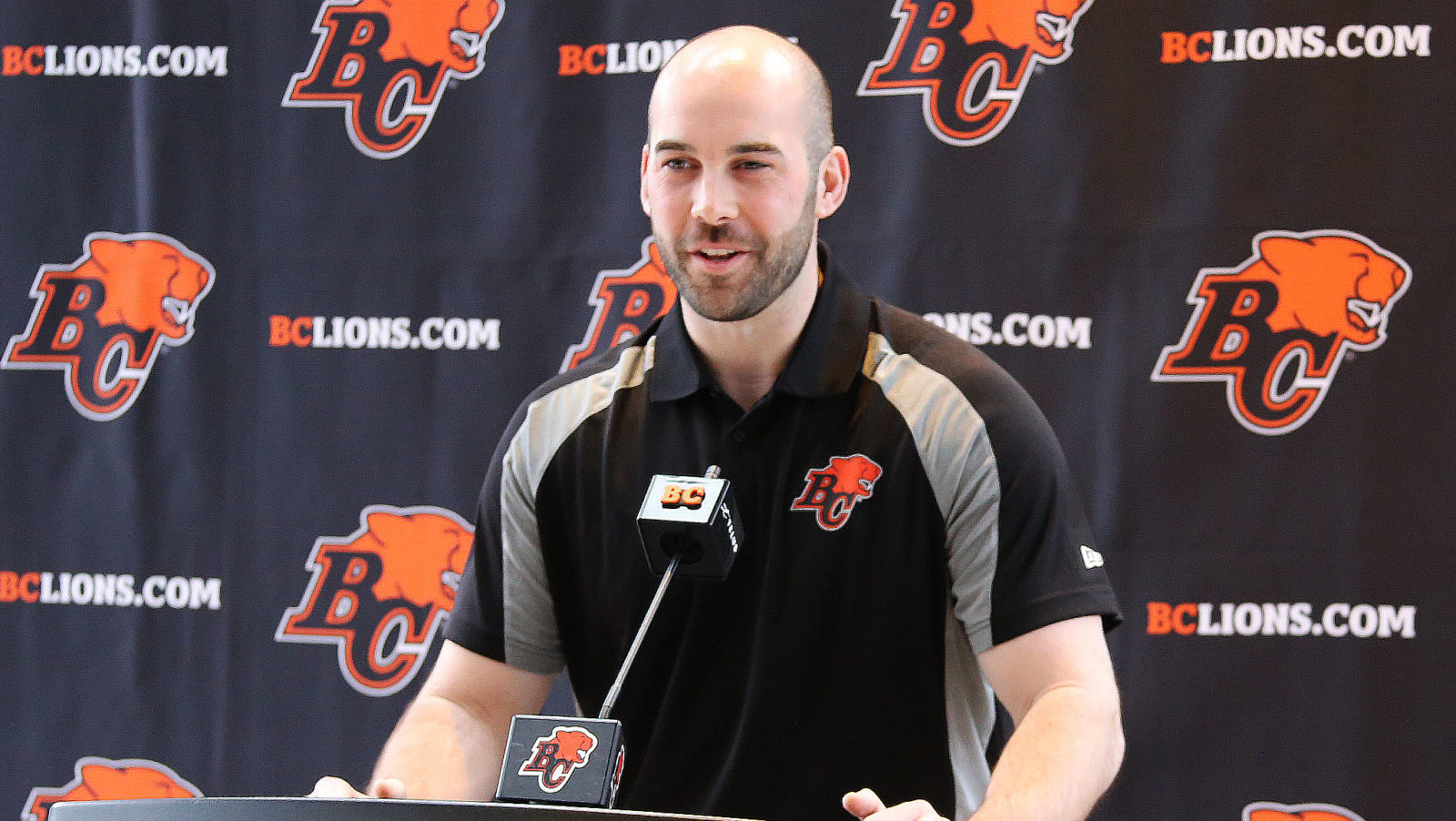 Most offensive coordinators travel a similar route. Stars in high school, they played college football and then spent some time as a professional before turning to coaching.

Growing up in St. Albert, Alta., he was a quarterback in high school but never played in college. His first step on the coaching ladder was in 2006 when Tom Higgins, who lived down the street in St. Albert, offered Maksymic a summer job as a water boy with the Calgary Stampeders. 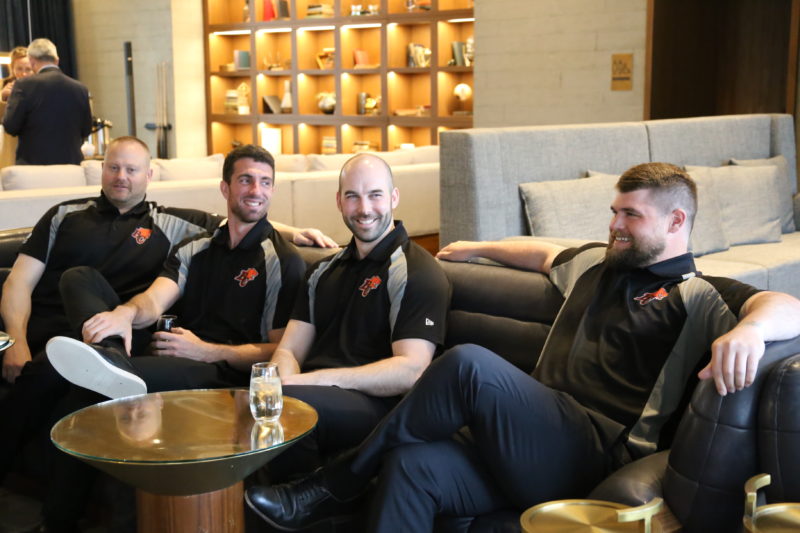 “Yeah, my path to this role is obviously a little bit different than most,” said Maksymic, the only Canadian-born offensive coordinator in the CFL.

His resume may be unlike other coaches, but Maksymic has managed to command the respect of the people he works with.

Lions quarterback Mike Reilly remembers when he first arrived in Edmonton and then head coach Jason Maas told him about this new young assistant he had hired and was grooming to be an offensive coordinator.

“It was interesting to watch the first-hand evolution of him,” said Reilly.

“He’s extremely details oriented. It’s kind of crazy how he can answer any question that you ever asked him off the top of his head because he spent so much time learning all of the little details.”

Any questions about Maksymic’s lack of playing experience are answered by his work ethic.

“I’ve just kind of taken the philosophy of letting my work do the talking and I’ve never tried to push too hard or gone out of my way to prove myself,” he said. “I’ve just always kind of figured if I’m the hardest worker in the building, then things will kind of work itself out.

“I’ve had the good fortune of being around a number of great coaches. I’ve done my best to be a sponge and take in as much information as I possibility can.”

The Lions missed the playoffs last year with a 5-13 record. That led to a broom being taken to the front office resulting in first-year head coach DeVone Claybrooks and veteran offensive coordinator Jarious Jackson being swept out the door.

When Rick Campbell was hired as BC’s head coach, he gave Maksymic the job of retooling a Lions’ offence that had Reilly as quarterback and a 1,000-yard receiver in Bryan Burnham, but still hovered in the bottom third of the league in most categories last season.

“I can’t obviously speak to what happened last year,” said Maksymic. “I just believe the system we’re bringing in, and the system that I learned from coach Maas has a bunch of answers, and a lot of good answers. We will implement that system and it will be good to go.” 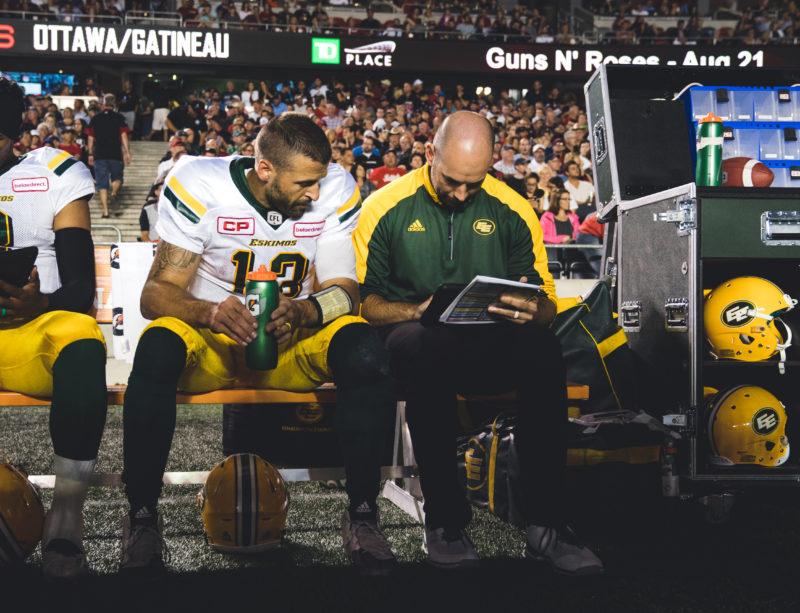 Reilly has already held meetings with Maksymic. The offence being introduced in BC has similarities to what Reilly ran previously in Edmonton but has been refined by Maksymic.

“It’s not like they’re just running the same thing that I ran in Edmonton for three years,” said Reilly. “It’s evolved. It’s also Jordan having his own thing.

“Jordan takes a lot of pride in what he does. He’s worked extremely hard to prepare the playbook to be the best offence that he sees fit. Even for me, there’s a lot of changes. I’ve got to learn a lot of new, different things.”

Having worked with Reilly in the past is an advantage for Maksymic. They don’t have to go through the awkward first-date phase of a relationship.

“We can jump right to step C, D and E and we don’t have to worry about step A and B,” said Maksymic. “That’s a tremendous advantage for a lot of the concepts and things that we’ll be doing. Mike was in the room when those things were developed.

“He knows the reasons why these concepts were developed and what they were put in for and what parts of the defence we are trying to attack. We should be able to pick up right where we left off.”

The first challenge for most coaches coming to the CFL is adjusting to the differences of the Canadian game. Except for a two-year stint as a graduate assistant at Northern Arizona, Maksymic has spent his entire career coaching Canadian football.

“I have a high level of comfort with all the nuances of the Canadian game, all the different ways that we can use those rules, motions and different formations as advantages,” he said.

One difference this year for Maksymic is he will do the play calling during games. Last year Maksymic helped install the game plan each week, but Maas called plays during games.

“I think we did a great job of being on the same page throughout the game-planning process during the week and on game day as to what plays were being called,” he said,

“But there’s always that little piece of you (that) devised the play throughout the week and you want to see a call on game day in a certain situation. So, to be able to pull the trigger, that’s is going to be exciting.”