A look at some shocking cut down day moves 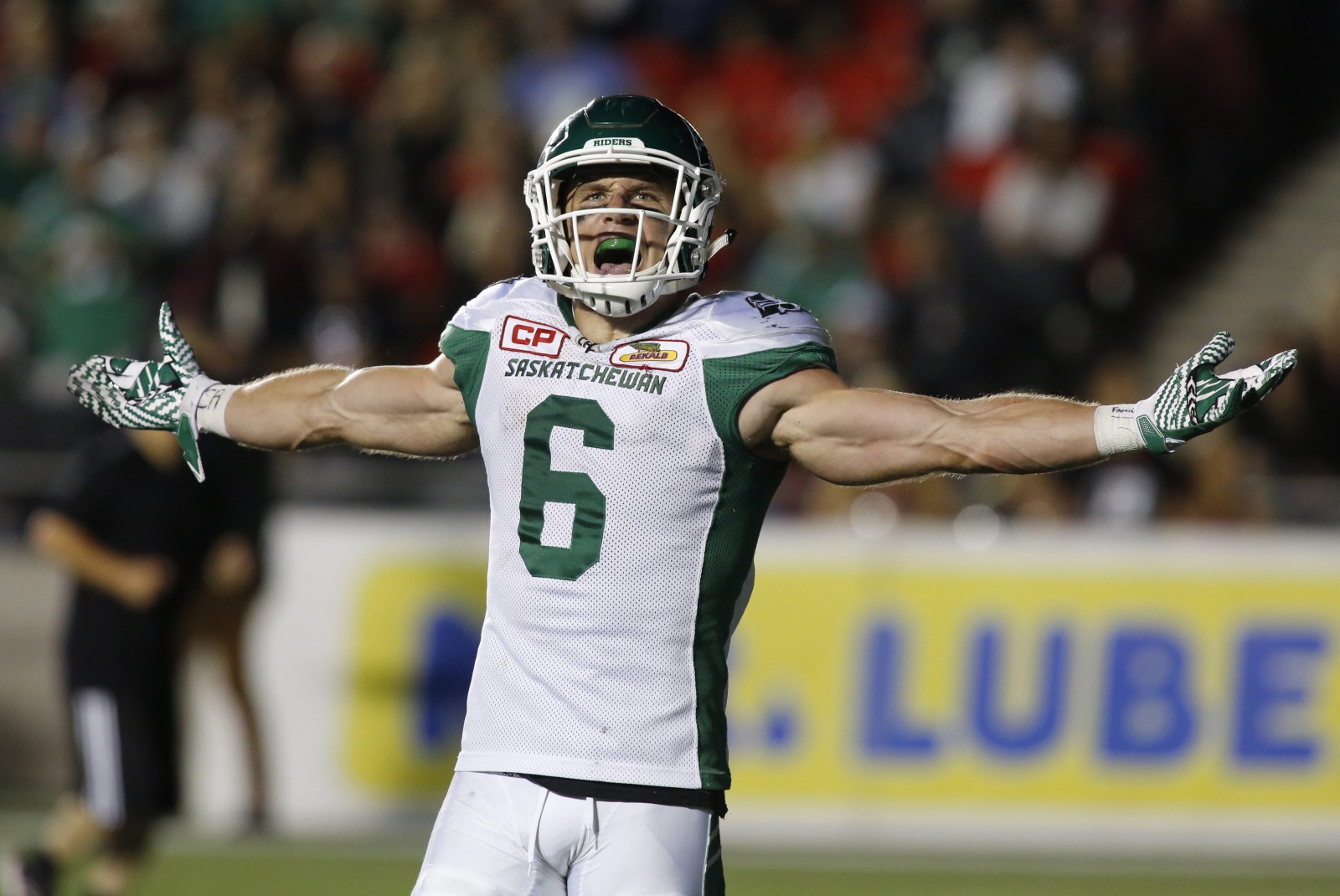 A look at some shocking cut down day moves

TORONTO — Saturday marks an important what-would-have-been day on the CFL calendar. Were it not for COVID-19, June 6 is the day that teams would have had to make their final cuts to have their rosters set for the 2020 season.

Cut down day always brings some surprises with it. Last year, Brandon Bridge was the most notable name that didn’t make it through training camp. That wasn’t the end of the CFL road for him, though. Bridge finished the season in BC after Mike Reilly was injured late in the year.

The final cuts often create a trickle of Week 1 free agency, with teams scouring over the suddenly available names, looking for ways that they can boost their rosters. We don’t know who would have been a surprise cut this year, but we can look back at the last few years and run through some of the most recognizable names and players that went on to have an impact for teams after they were released. 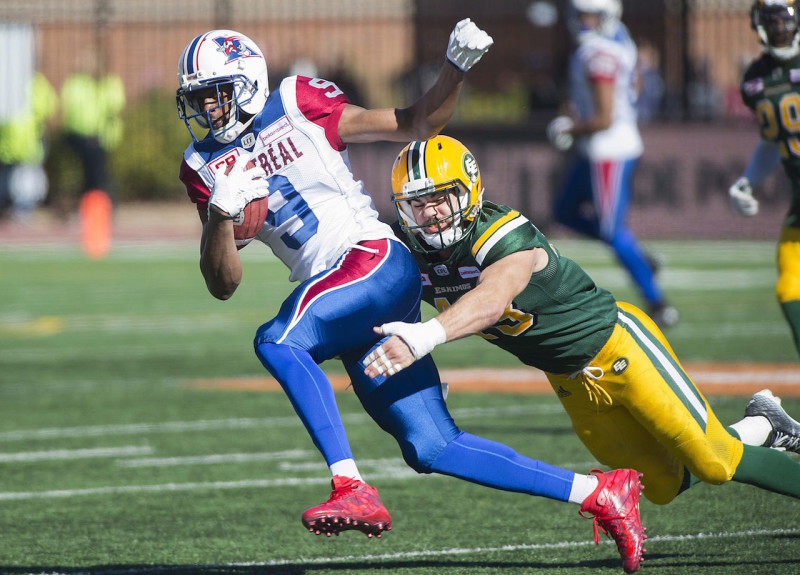 A cut down day victim in 2013 in Montreal, receiver Kenny Stafford would start his CFL career a few months later with Calgary (THE CANADIAN PRESS/Graham Hughes)

At the time, Jonathan Hefney’s release from Winnipeg was the headline grabbing transaction but there were two other young players that had a lot of football in front of them that didn’t make their teams. Receiver Kenny Stafford was a cut out of the Alouettes camp and defensive back Rico Murray didn’t make the Ticats’ roster.

The most surprising cut from the 2014 pre-season came out of Edmonton, when running back Hugh Charles lost his starting job. Charles came to Edmonton in 2011 and had 1,527 yards and 10 touchdowns over three seasons, adding 775 receiving yards and three touchdowns.

A pair of veteran receivers, in Romby Bryant and Jamel Richardson, were also cut at the end of training camp, bringing their time in Toronto and Montreal, respectively, to an end. Another talented young player that didn’t have it work out for him that year? Defensive back Ed Gainey wasn’t able to get a spot on the Alouettes’ roster.

There were a number of young players cut at the conclusion of the 2015 training camp that would go on to have productive CFL careers. Jordan Reaves (cut by Winnipeg), Hugh O’Neill (cut by Saskatchewan) and Bryant Mitchell (cut by Edmonton) all went on to find teams to stick with. After three strong seasons in Edmonton (2016 to 2018) Mitchell is now on the Tampa Bay Buccaneers roster.

Veteran running back Brandon Whitaker was released by the Alouettes, but quickly signed with the Toronto Argonauts, where he’d play three more seasons.

Perhaps the most surprising move from the 2016 cuts came out of Montreal, where Mitchell White was slated to start at cornerback and suddenly found himself a free agent. He landed in Ottawa for the season and went to Toronto for 2017 before re-joining the Als for the 2018 season. 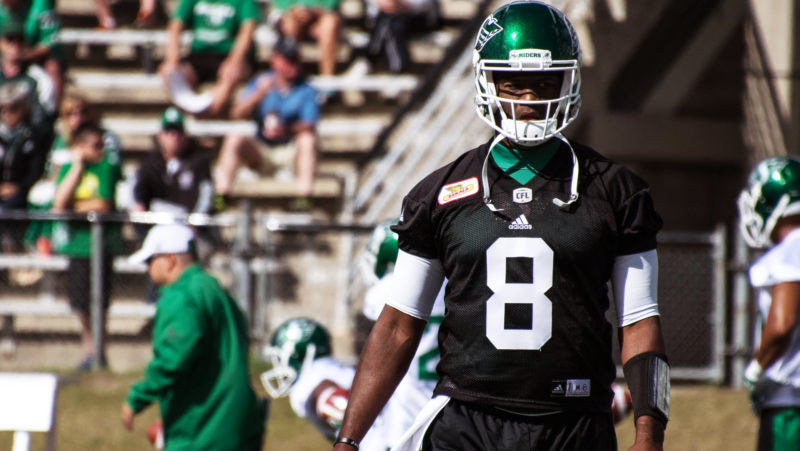 The biggest name to be cut in 2017 was one that would never play a regular-season game in the CFL. Former NFL QB Vince Young had an extensive football resume, but saw his comeback bid fall short in Saskatchewan, seven years after he’d played in his last NFL game.

Other notable cuts that year include Don Unamba, Jovon Johnson and Wayne Moore in Montreal, Kenny Stafford in Winnipeg (he’d quickly sign with Edmonton), R.J. Harris in BC and the Argos cutting ties with veteran QB Drew Willy.

The Riders dominated the cut down day headlines of 2018. Coach Chris Jones let go of a trio of vets to close out training camp, letting Bakari Grant, Chad Owens and Rob Bagg go. The move jolted Riders fans. Grant had led the Riders in receptions in 2017 and had career highs in yards (1,033) and touchdowns (five). As a former MOP-winner, Owens was a positive veteran presence for the team. Bagg was a 10-year Rider and revered by the fan base.

“We certainly are appreciative of all the people who watch our games,” Jones told the Regina Leader-Post after the cuts had been made.

“You have to have fans in order to have a league. At the same time, you have to be willing to make hard decisions. If you start letting media or somebody else’s opinion on the decision that you made affect you, you end up being weak.”

The Riders went 12-6 in 2018 and lost in the Western Semifinal to Winnipeg.