Ferguson: The art of throwing to the sticks 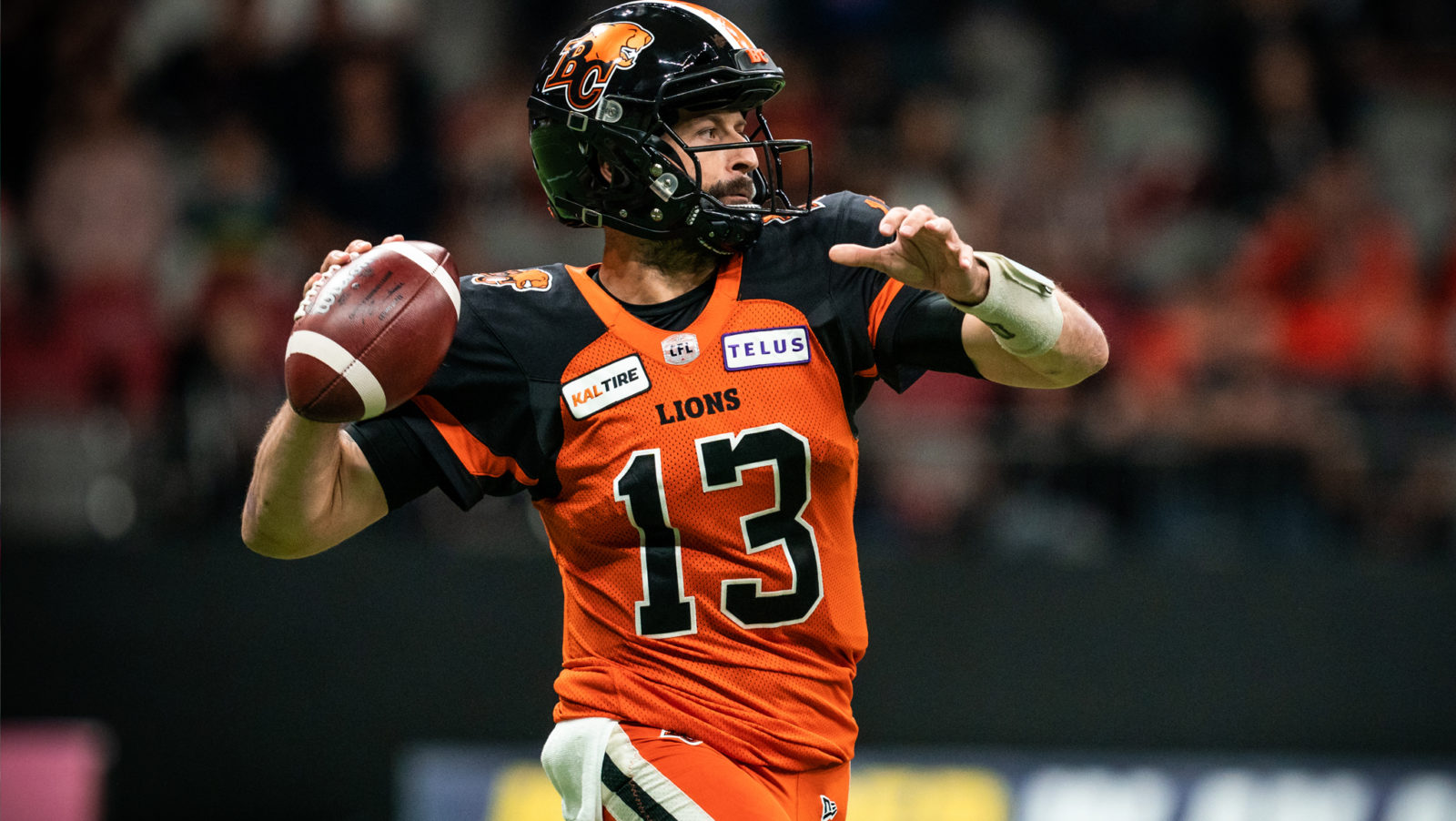 Ferguson: The art of throwing to the sticks

We’ve all heard it before, from a high school sideline to a mic’d up CFL coach chasing a player down the sideline.

“Get the first down!”

When you really think about it, that simple four-word sentence is the motive behind all that happens in offensive football with the exception of coach speak classics ‘score points’ or ‘play smart.’

When it comes to first down passing, the Canadian game is like no other. No wasted downs mean that a first down throw is equally rewarding as it is risky and second down becomes life or death to a drive, momentum and a chance to leave the field victorious.

While there is plenty to be appreciated about first-down passing, my favourite part of Canadian football is the second down passing game. It’s after a run for no gain or an incomplete pass on first down that the best quarterbacks immediately look to the sideline, refocus and prepare for the challenge ahead. 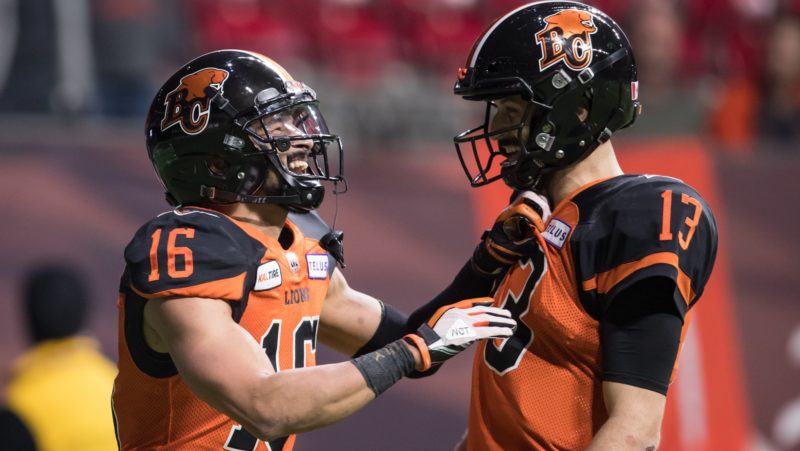 The defence knows you want to pass, you know you want to pass. It’s a tactical game that quickly becomes a tangible fire drill the second the snap comes up from centre and pass rushers pin their ears back, hunting for a sack to celebrate.

This week, I took an in-depth look at the art of 2nd-and-long in hopes of gaining an understanding which current CFL passers have room to grow, which should take more risks and which have mastered the CFL’s essential passing skill: 2nd-and-long.

Here is a look at all second-down throws from the 2019 CFL season from the fifteen quarterbacks meeting the requirement of at least 150 pass attempts last season. 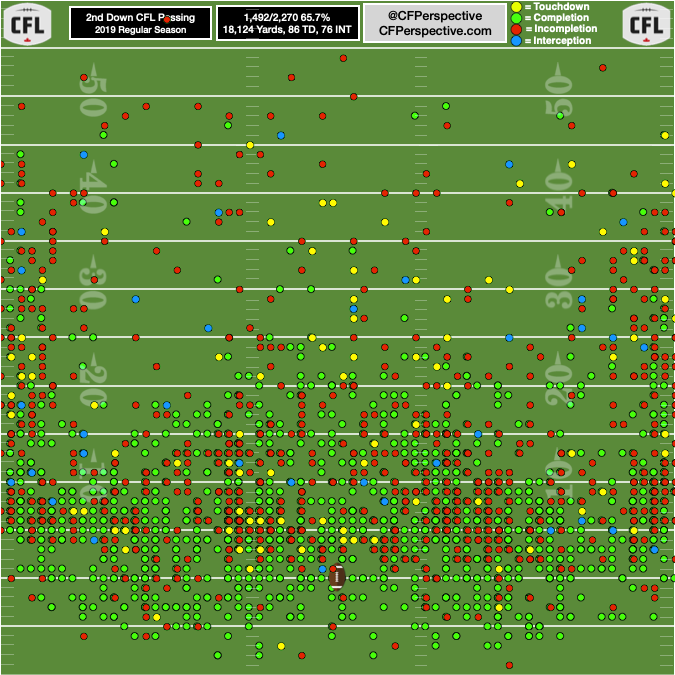 As you can see, there’s a plethora of information to work from. My first focus was on quarterbacks’ willingness to challenge defences right into their teeth on second down. Be it from coaching, personal philosophy or other influencing factors, some quarterbacks are more likely to live a screen, draw and check down lifestyle on the CFL’s most important down.

While the approach is smart, safe and can win you games when surrounded by a top-notch defence and special teams units, the reality to the eye is that CFL football rewards this who are willing to press the football — wisely — into the heart of the defence driven by the reward available instead of ever-present risks.

First a look at all qualifying quarterbacks willingness to throw ‘to the sticks’ on 2nd-and-1, 2nd-and-2 and so on. 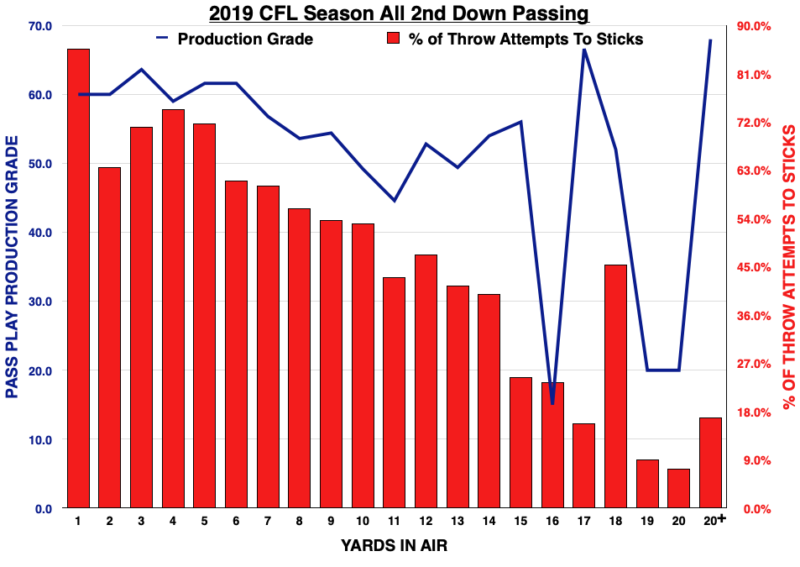 What I found here matched the eye-test in that as the distance-to-go attached to second down gets longer the willingness of CFL quarterbacks and their coaches to throw it to the sticks is lessened with 2nd-and-4. The most likely down and distance for passers to pass at or beyond the sticks and several long down and distances presenting too formidable a challenge to bother throwing into.

At the same time, I took a look at the production-grade of passers at those targeted stick throws.

The trend here displayed why coaches and quarterbacks lose enthusiasm for stick throws as the reward wears off the further downfield the first down marker is. The volatility of extreme 2nd-and-long (15+ yards) proves to be a feast or famine experience with no true consistency amongst any two quarterbacks in 2019.

If we can learn what depth of throw is most valuable as it relates to a down and distance above then why not look at the target depth that most rewards a quarterback’s efforts on the most common second down, 2nd-and-10. 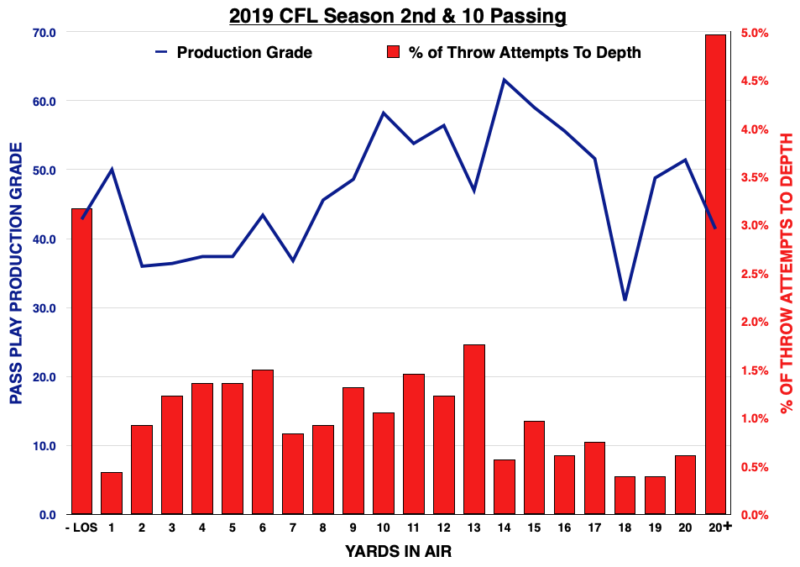 On either side you see the screen/shovel game creating passes behind the line of scrimmage and offences taking deep shots with defenders taking away the first down creating a higher percentage of targets for each depth. The short and intermediate target depths are where the value remains on 2nd-and-10 though with the most valuable target depth resting at 14-yards.

Apply that to tangible x’s and o’s and you can imagine deep in-breaking routes with a quarterback firing in front of linebackers, skinny posts splitting safeties or perfectly thrown corner route bending receivers downhill to the sideline for a clutch first down conversion.

In 2019, 42.5% of all second-down pass plays result in a first down or touchdown, but which passers were most likely to take a shot to the sticks, and which quarterbacks were rewarded for their willingness to see through the defence and push the football vertically on 2nd-and-7 to 10. 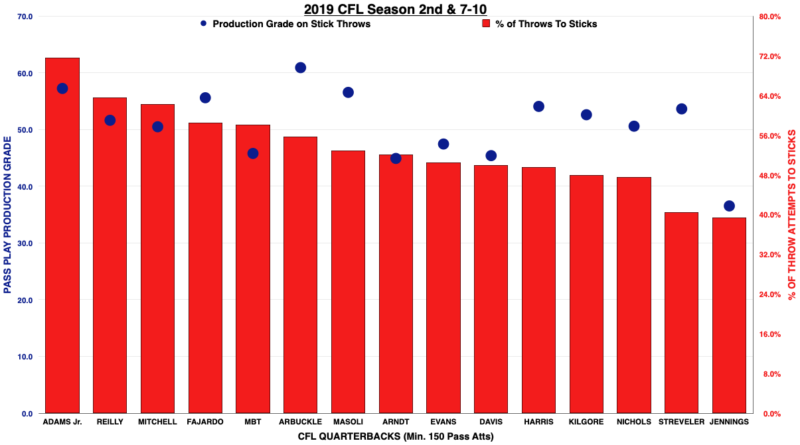 There’s no secret as to why some of the CFL’s most exciting names are featured to the left with a high rate of passing at or past the sticks (red bars). Vernon Adams Jr, Mike Reilly and Bo Levi Mitchell have never been afraid to press the football downfield, but their production-grade (blue dot) rests below the aggression line created by their red bars.

On the contrary, Saskatchewan Roughriders Cody Fajardo produced above his aggressive efforts last year with a production-grade well above his ‘stick throw rate’. With Jason Maas in house, this shows me Fajardo is ready to take the next step in his second-down passing evolution, expect him to land somewhere in the top three of ‘stick throws’ this year while trying to maintain that production-grade.

From there we see Nick Arbuckle and Jeremiah Masoli both play effectively with a high ‘stick throw rate’ followed by a pair of Eskimo and Blue Bombers quarterbacks who produced on 2nd-and-7 to 10 above their aggressive tendencies.

When 2nd-and-long hits, the best Canadian quarterbacks’ eyes light up, you can see their energy change as a physical manifestation of stepping up to answer the moment. These are the little moments and mind games we miss so much right now.

All that much more to look for, enjoy and celebrate when the game comes home and the players hit the field in 2020.