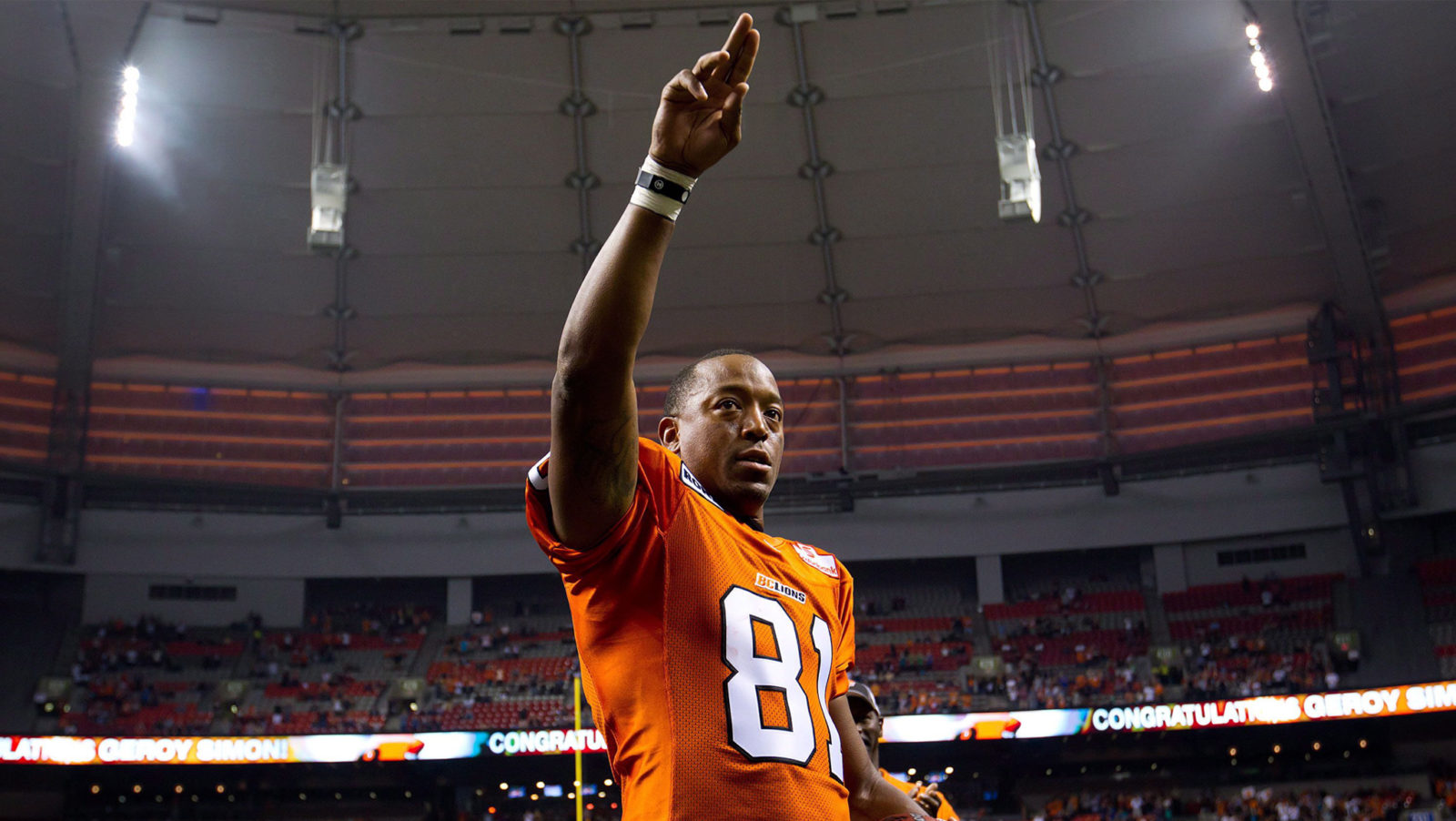 In the first game, airing early this week at 12:30 p.m. ET, the Saskatchewan Roughriders give their fans the experience and memory of a lifetime, winning the 101st Grey Cup at Mosaic Stadium in 2013.

The link to those two teams, of course, is hall-of-fame receiver Geroy Simon.

Simon was dominant in the 2011 season, pulling in 84 passes for 1,350 yards and eight touchdowns. Paired with MOP QB Travis Lulay, the Lions dug themselves out of a 0-5 start to finish first in the West. They downed the Swaggerville edition of the Winnipeg Blue Bombers at BC Place in the Grey Cup, where Simon had four catches for 79 yards to close out the team’s storybook season.

Two years later, Simon had been traded to and signed with the Riders, putting 12 years as a Lion behind him. The former MOP took on a veteraan’s role in Regina and by his career production standards, had a quiet season with 40 catches for 565 yards and three touchdowns.

As the truly great players do, though, Simon stepped up in the Grey Cup game. He had two touchdowns in front of a sold out Mosaic Stadium, part of a three-catch, 78-yard day. The Riders’ 45-23 win over Hamilton brought Saskatchewan just its fourth-ever Grey Cup and the only one the team has ever won at home. 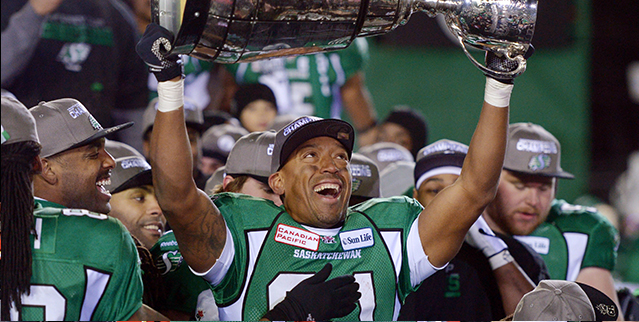 Geroy Simon played a veteran role on the 2013 Riders and came up with a pair of TD receptions in the Grey Cup game (Derek Mortenson/CFL.ca)

“This is my second time doing it, but doing it here is amazing,” Simon told the Toronto Sun, after the game about winning as the home team twice in his career.

Four years after The 13th Man and three years after losing a Grey Cup rematch with the Als in Edmonton, the Riders had finally made things right and made the leap from contenders to champions. With history tending to not like standing in the green corner in these contests, the Riders needed someone like Simon — that veteran presence, the resume that’s loaded with records — to put his stamp on the game.

In BC, the Lions’ Grey Cup win felt more certain as the season went along. That feeling didn’t arrive immediately, of course. No team had started 0-5 and won a Grey Cup before. BC snapped its season-opening losing streak in Saskatchewan and dropped a game to Winnipeg in Week 7 before crushing a beat up Edmonton team 36-1. That sparked the turnaround. The Lions went from 1-6 to 9-6. They took a butt-kicking in Hamilton in Week 17 but didn’t lose again the rest of the year.

The Lions got the bye, hosting the West Final and didn’t have to travel — or play outdoors — for the playoffs, which gave them an edge on top of the momentum they’d built up that year. They stomped Edmonton in the West Final and controlled the majority of the Grey Cup game, holding off a late push from Buck Pierce and the Bombers.

In retirement, Simon went the reverse route in his career. He spent a season in the Riders’ front office in 2014, then went back to BC in 2015. He’s now the Lions’ director of global scouting and is a U.S. regional scout. Simon played a key role in both teams winning Grey Cups and on Friday, you get to see him at his most joyous on the field.