Keeping a Promise: Castillo’s journey to the BC Lions 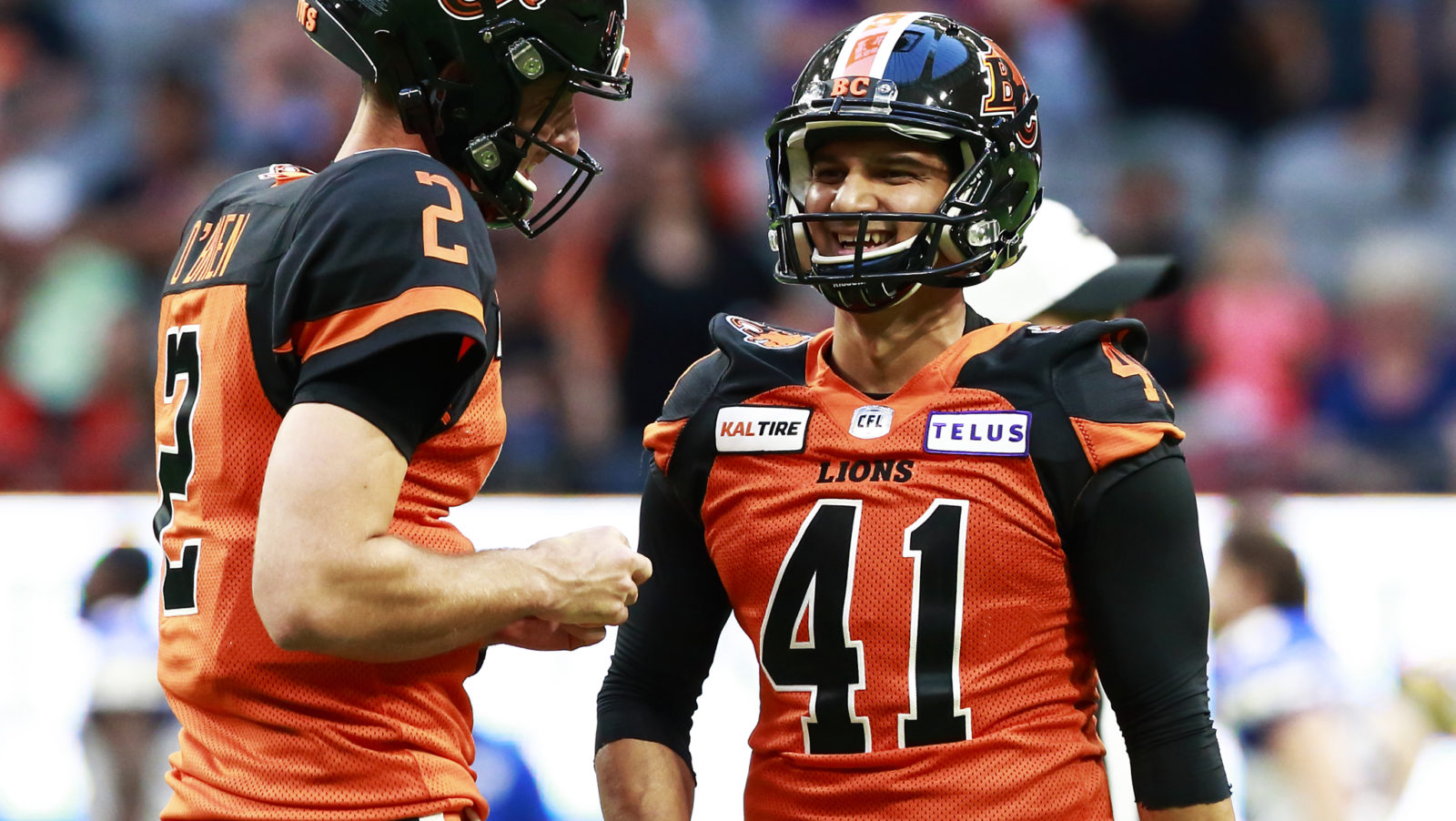 Keeping a Promise: Castillo’s journey to the BC Lions

As Sergio Castillo enters his seventh season of professional football, the veteran looks back on how a kid from La Joya, Texas, would end up being in charge of kicking duties for the BC Lions.

It started in grade 11 at La Joya High School when he clutched up with a 58-yard field goal in a playoff game. Yet, West Texas A&M University, a Division II football program, was the only college that gave Castillo a chance at the next level. He left his hometown for that school he had initially never heard of that was a 12-hour drive from home.

Having to redshirt his freshman year, on top of being far away from home and encountering discrimination, there was a time where he wanted to quit football.

“Honestly, I was going to go back home to work in the oil rigs. That’s all my buddies were doing and they were making good money,” Castillo said.

But he didn’t. Because Castillo’s mother told him to stick to his promises.

“It was a culture shock but I remembered my mom telling me, ‘Look, Serge, you talked a big game and you wanted to go play college, your dream is to go play pro. Man up and go do what you say you were going to do,’” he recalled his mom Maria Guadalupe Cazares saying.

Putting all that talk aside, Castillo started lifting in the weight room and consistently worked on his kicking technique. Although he had never stepped into a weight room coming out of high school, he recalled working with strength and conditioning coach, Sarah Ramey, who in his opinion was the best in town. She helped him earn the starting job in the following season. 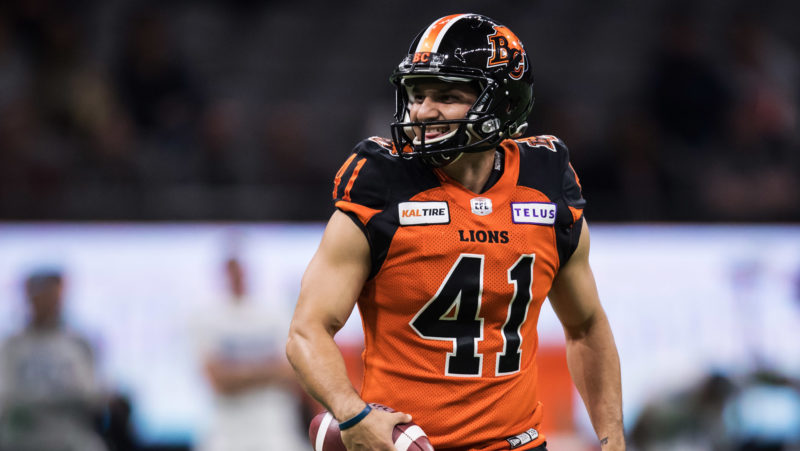 Castillo looked back at his redshirt season as an extra year to grow, a chance to remain close with his faith and getting rid of his ego.

“Where I went to school, they call it the Bible Belt. We preach God a lot and I think meeting the right type of teammates, having that kind of accountability helped me a lot,” he said.

He also referred to the dominance of the San Antonio Spurs during the Tim Duncan era as a lesson for him to put his ego away.

He told himself, “you know what Serge, this year maybe it’s not a season of flame but it’s a season of growing. It’s a season of maturing, mentally, physically and spiritually. So, every season as much as we want to be at 100 percent and ready to go, it’s not going to happen in every aspect of life.”

Growing up in a Spanish speaking community on the border of Texas and Mexico, Castillo was navigating in an unfamiliar environment where he had to be patient and wait for his turn to shine.

In the following seasons, Castillo showed up to be a different player and got the starting job. He would go on to become a yearly All-Lone Star Conference First Team player and winning the Fred Mitchell Award in 2013, a prestigious award for the top place-kicker in college football. 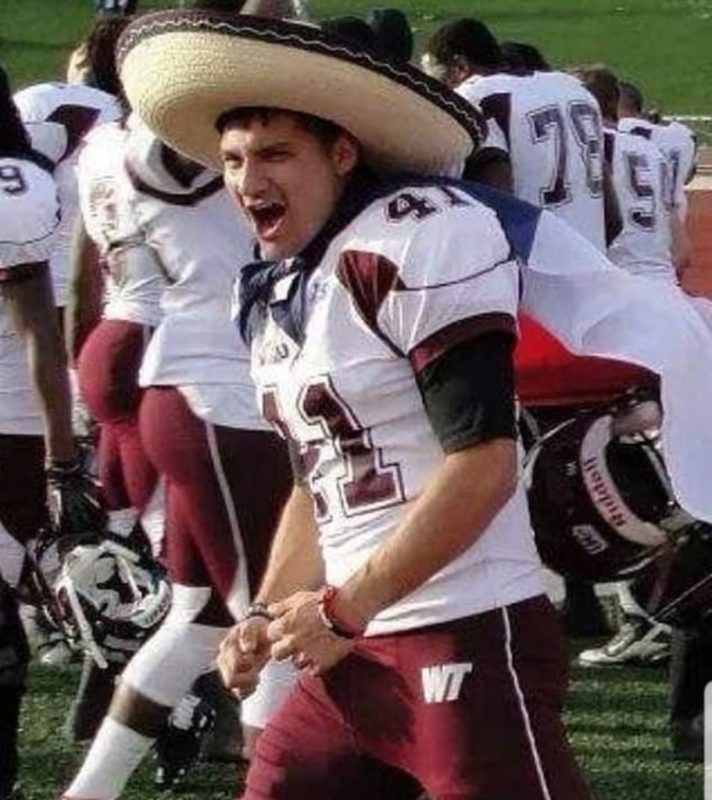 One of Castillo’s biggest kicks was in his junior year where he successfully converted a 56-yard field goal against the rivalry Abilene Christian University.

“It was actually homecoming and it was the last time we were going to play them because they were going to move to Division 1,” Castillo recalled.

From what he remembered, it was a defensive battle and the offence was struggling to put up points early on. Castillo gave his team the spark they needed once the offence had a little luck of driving down the field.

The West Texas A&M Buffalos had a bit of cushion before halftime (10-0) and Castillo was able to provide some extra insurance points heading into the second half. With four seconds left on the clock, the field goal unit headed out for the final play of the first half.

Although Castillo had already converted a PAT and successfully kicked a 35-yard field goal earlier in the game, the upcoming 56-yarder was going to be the longest of his college career.

“As I was lining up to kick the field goal, one of my teammates Taylor McCuller was not on the field. So, we were one man short,” he remembered.

“It was a blessing in disguise because while we were waiting for him to get on the field, it gave me a little bit extra time to find an aiming point.”

The former Kimbrel Stadium had a hill on both sides of the end zones. Castillo saw a kid who was struggling to climb the hill through the right side of the goal post. In the time span of 20 seconds, the entire unit not only waited for McCuller to get set, but it also gave Castillo plenty of time to find his target.

“That was a big momentum and a game-changer. We ended up winning 36-0. That was by far the most memorable thing in my collegiate career,” Castillo said.

In the same season, Castillo and his team qualified for the playoffs and went all the way to semi-finals. It was the first time his recruiting class had gone to the playoffs and Castillo said they didn’t know what to expect despite making a run in the post-season.

Despite those early challenges that almost made Castillo hang up the cleats, he quickly matured to become an efficient kicker in college and professional football. Now entering his second season with the Lions, there are numerous kids in his community that looks up to him. Not only is he preparing for the next upcoming season, but he also trains other young kickers and encourage youths to pursue their dream.

“I’m grateful for those experiences because now I can advise kids who are going through the same exact situation. I can relate to them and maybe help them along with their career,” he added.