Stegall: ‘Every single chance you get to score, you want to have fun’ 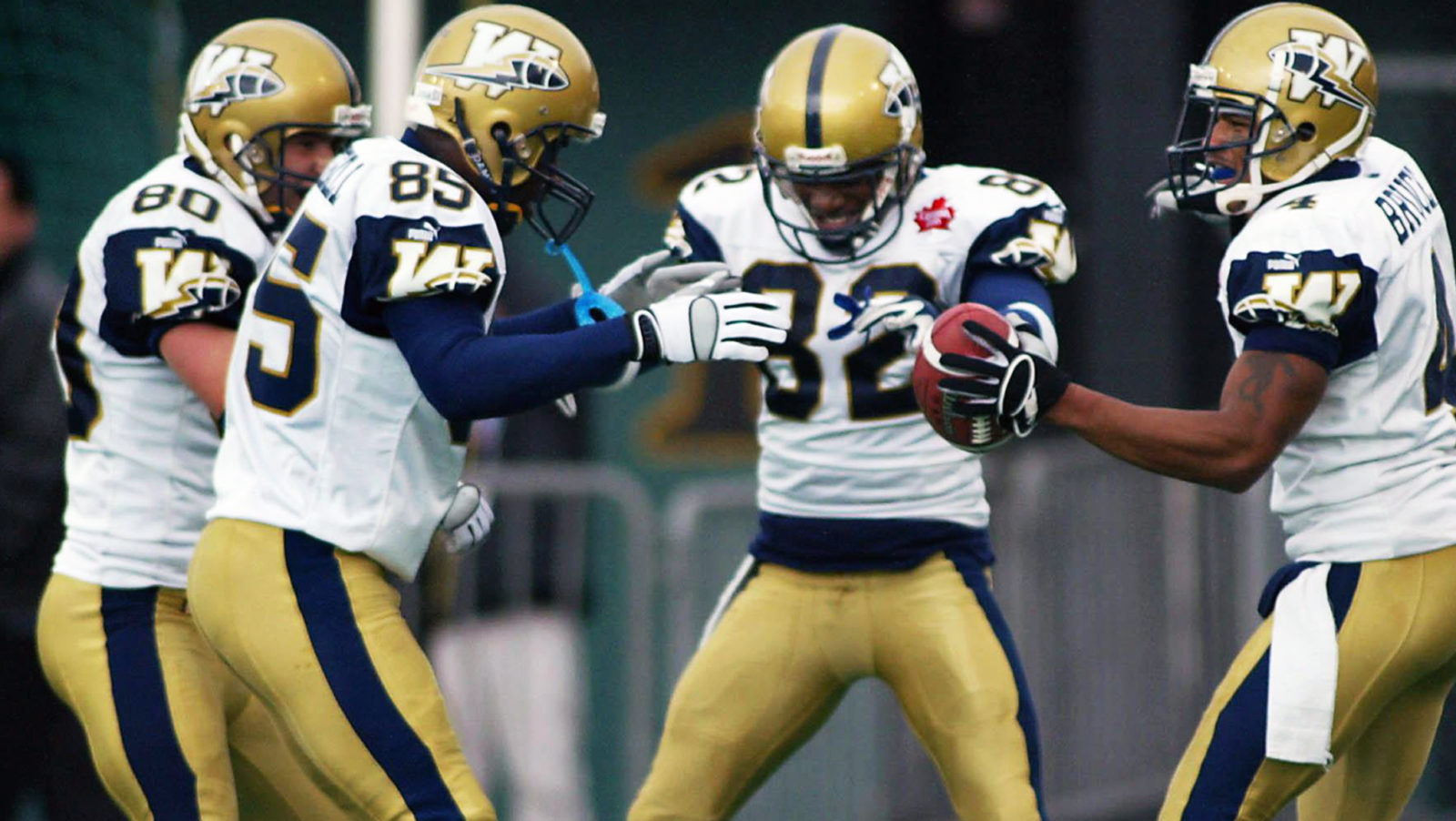 Stegall: ‘Every single chance you get to score, you want to have fun’

TORONTO — There was something about the early 2000’s Winnipeg Blue Bombers that has become a legacy in and around the CFL.

Not only are they known for their incredibly talented receiving corps made up of the likes of Milt Stegall, Robert Gordon and Geroy Simon, but it’s their swagger that has resonated throughout the years.

“I know from just my time of having guys like Khari Jones as the OC and people in the room, all we heard was stories of Milt (Stegall) and the guys and the things they’ve done,” said receiver Manny Arceneaux, who co-hosted this week’s episode of The Waggle presented by Sport Clips with Donnovan Bennett.

“I would have just liked to have been around during that era. But when they talk about wideouts and people doing their thing, the first thing that came up a lot of the time was the Winnipeg Blue Bombers, which caught me off guard because when I got to the league, it was more so the Swaggerville from the defensive side of the ball.”

“Milt was the leader of that group,” said Gordon, who joined Bennett, Arceneaux and Stegall on the podcast this week. “Like you said there were some really great athletes, younger than us, we were the elder statesmen, right? We kept together, we kept it fun and we were winning. When you’re winning, it’s fun. Milt was the leader of all of that and he’s the one that started the dances.”

Stegall says he started his touchdown celebrations in 1996 or 1997. He’d score a major and one of his defensive teammates, Shannon Garrett, would run onto the field with him and dance with him in the end zone.

But it wasn’t until Gordon and Simon showed up in Winnipeg a few years later that it really became a staple within their locker room.

“When Robert got there in ’99 and Geroy and those guys, that’s when we really started putting together as a group,” said Stegall. “It was just something I decided on I was like, ‘let’s just go out there and have some fun, let’s just go out here and dance.'”

When it comes to being confident on the field, and that includes flashy celebrations, players have to be able to back it up with their play. As Arceneaux says, if you’re going to talk the talk, you have to be able to walk the walk.

“If you put it out there, the blue print is there, you’ve got to live up to the hype,” said Arceneaux. “That’s pretty much what it’s about. But that just comes with your day-to-day preparation. When you’re a pro like Milt and the guys we have on the line, you know what comes with it.”