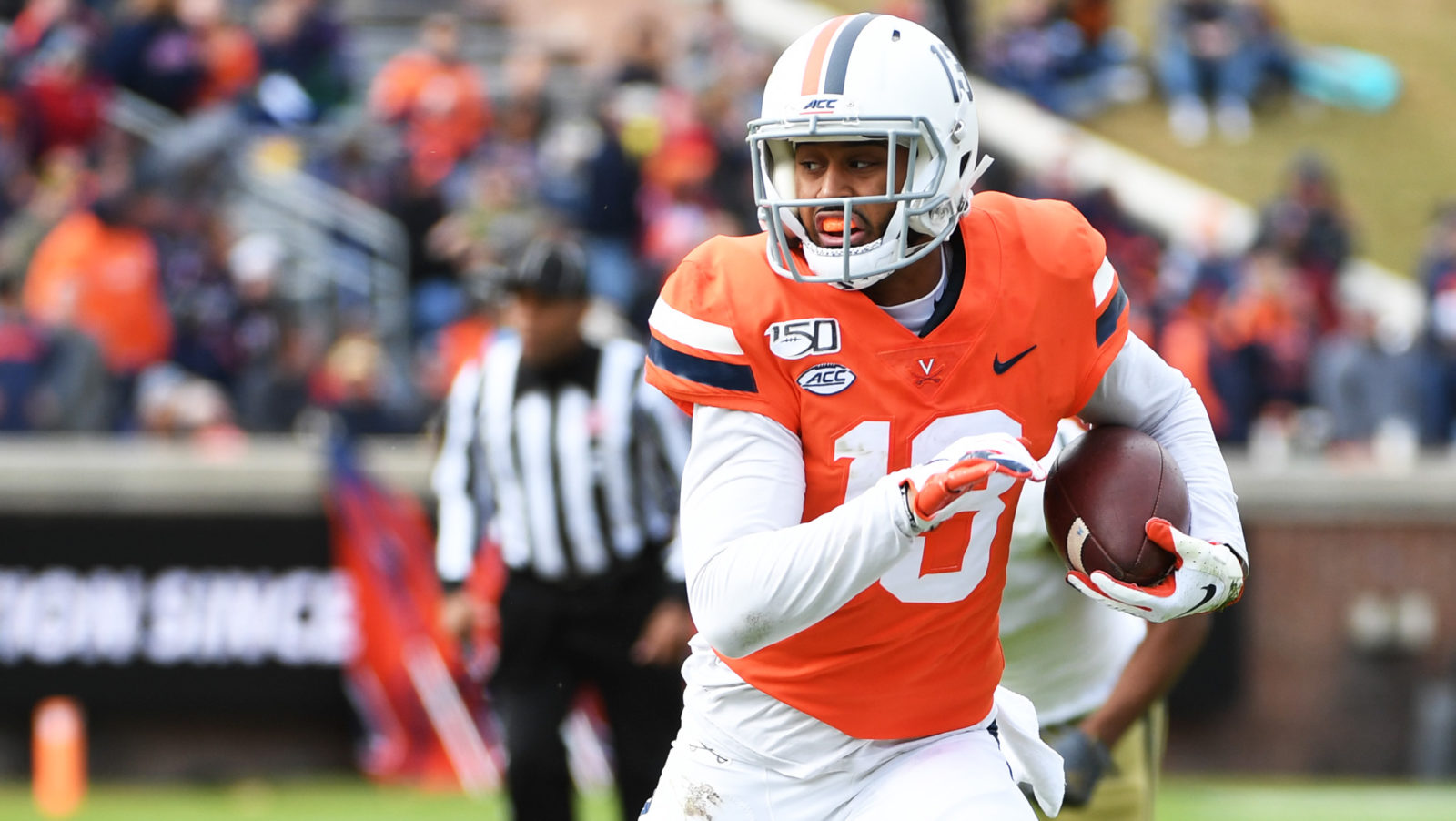 As we make our way through Black History Month, this story about Vancouver, BC’s Terrell Jana deserves to be re-shared. A receiver at the University of Virginia, Jana was moved after he took a tour of the Memorial of Enslaved Laborers. For his senior year of football, Jana removed the nameplate on the back of his jersey as a tribute to slaves that either weren’t documented with last names or not given names upon their arrival in the U.S.

TORONTO — If you take a look at UVA receiver Terrell Jana during a game this season, you’ll notice that the name plate on the back of his jersey is missing.

It’s not a mistake, it’s a message.

Jana decided to go without his name on the back of his jersey for the entire 2020 season after he paid a visit to the Memorial for Enslaved Laborers at his school.

“Recently at UVA, they’ve opened Enslaved Labour Memorial, which is a memorial to tribute to the slave labourers and workers who helped build UVA,” Jana told members of the Canadian media earlier this week on a Zoom call. “UVA’s history is bounded with slavery, since its inception from the founders from the late 1800s, early 1900s, the people who graduated from UVA and people were taught here, there’s been a rich history of slavery at UVA.

“At the Memorial, when I went there, I noticed that people had no last names. They either had no last names or they had them but they weren’t important enough to document. For me to experience that, to walk through it… the last name carries so much, it carries tradition, culture, family. I feel a lot of pride in my last name and who it represents.” 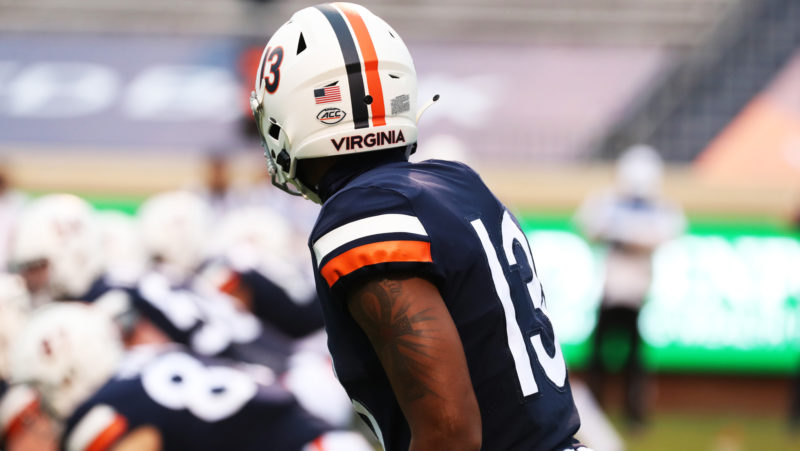 “Thinking about having your last name taken away from you, it just broke my heart,” he continued. “Seeing these names and knowing forever that their own story couldn’t be told. Those ties they have were broken. It was hard to look at, hard to think about. In my own way I thought okay, these people helped these workers build this school. I’m standing on their shoulders and the people that fought for the rights of African-Americans. I stand on their shoulders.

“My thing is when I go out there, no name was a way to pay tribute and homage to them. UVA, the symbol of Virginia (when) you think about it, Thomas Jefferson is the history of UVA. No matter what, who I am, people see who it represents. I represent Thomas Jefferson on (the front of the jersey). On my back, I represent those people who have been forgotten.”

Jana was the top-ranked receiver (3rd) on the CFL’s Scouting Bureau Rankings that were released earlier this month. The six-foot, 200-pounder has played in four games so far this season, catching 22 passes for 243 yards and a touchdown. His best game so far was against NC State, where he hauled in 111 yards on nine catches.

There has been much chatter about another Canadian receiver in the football world, Chase Claypool, who has been sensational for the NFL’s Pittsburgh Steelers so far this season. Jana knows Claypool well since the pair grew up together. They lived in the same area in B.C. and played basketball, not football, together. Jana even remembers a time when they were in high school that Claypool stayed with him the entire summer.

“When I came down here to the states, that year he just blew up,” said Jana. “All the offers, the opening and obviously Notre Dame. Seeing what he did there. I mean, being six-five, almost six-six, having his speed, having those capabilities. Not all of us have that. So he’s rare when it comes to any athlete, let alone just Canadian athletes.”

Since they both went their separate ways, Claypool went to Notre Dame and Jana to the University of Virginia, it’s been a bit more difficult to stay in touch. But Jana still made sure to send Claypool a note when he was drafted by the Steelers back in April.

“I haven’t talked to him since then,” said Jana. “I’m sure his phone is blowing up. I mean, four touchdowns in a game, that was crazy. But I definitely support from afar.”

For now, Jana’s focus is on the rest of this season. Then he’ll look head to the rest of his football career, as he hopes to make the professional ranks either north or south of the border.

“It’s a sport I love so getting paid some actual money to do it would be nice,” he smiled. “Just keep going until your body doesn’t let you go anymore. I still love the sport. I still want to compete and see how far I can take it. Whether that would be in the states or back home in Canada.

“I always thought it would be pretty cool to play back home in B.C. Just my home town, with my family there. And of course, the NFL is always a dream. Playing professionally is kind of the next step that I’m looking forward to.”