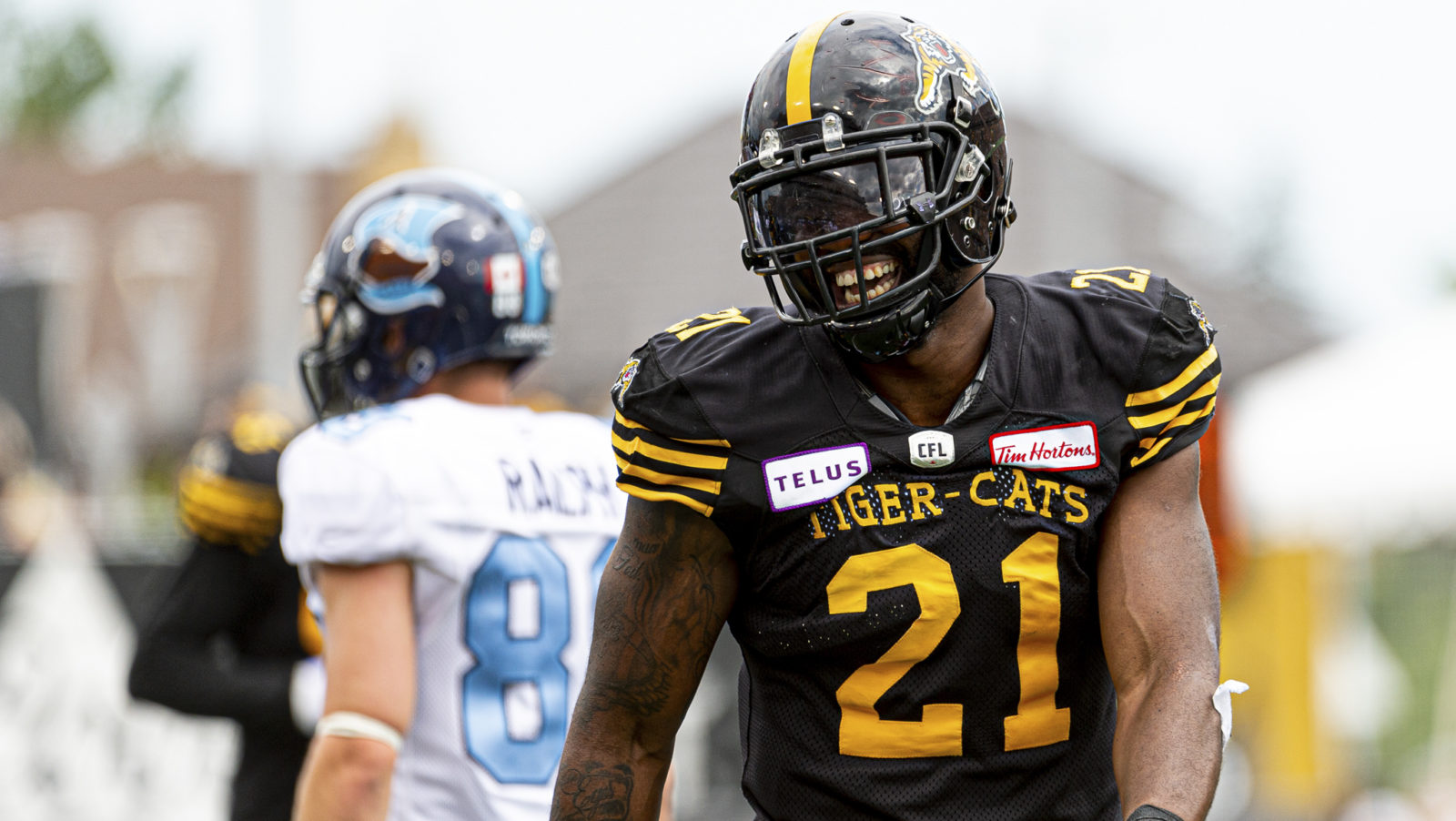 TORONTO — At first glance, you’ll notice that the Hamilton Tiger-Cats have a multitude of star power on their pending free agents list.

It starts with one of their quarterbacks, Jeremiah Masoli, who holds an expiring contract. Staying on offence, 2019’s Most Outstanding Player, Brandon Banks, also could hit the open market on February 9. On the defensive side of the ball, long-time Ticat Simoni Lawrence sits on the long list of potential free agents in Hamilton.

So is it time for Tiger-Cats fans to panic? CFL.ca’s senior writer Chris O’Leary says no.

“There are obviously big names there. Speedy Banks, Simoni Lawrence is one of them, Jeremiah Masoli,” O’Leary told Donnovan Bennett on this week’s episode of The Waggle. “I remember speaking with Speedy at Grey Cup Week a year ago and he basically said he would never play anywhere else other than Hamilton. I think with his contract coming up, it really isn’t a reason for fans to worry there. I get the same feeling from Simoni Lawrence that he wants to play his whole career there.”

That being said, O’Leary does admit that Masoli’s expiring contract poses an interesting conversation that will likely have already started with co-general managers Drew Allemang and Shawn Burke about what they want to do at the quarterback position.

The 27-year-old Evans completed 298 of 413 passes for 3,754 yards and 21 touchdowns to go along with 13 interceptions in 2019, as he led the Ticats to the top of the East Division with a franchise-best 15-3 record. While Masoli, 32, was having an outstanding season before his injury. At the time, he was ranked second in the CFL in passing touchdowns (9), third in completions (125) and passing yards (1,576), and was tied for fourth in rushing touchdowns (4).

“Masoli is interesting to me,” said O’Leary. “I think he also wants to be in Hamilton but they have that dynamic with Dane Evans, who’s a younger quarterback, he’s still under contract, he played great when Masoli was hurt. I think the Ticats are happy, based on the conversations I’ve had with their co-GMs over the last year. They love that two quarterback set up and I think that they’d want to entertain that as long as they could.”

Along with the Ticats themselves eyeing some of their pending free agents, teams across the league might be doing the same. Players like Jaelon Acklin, who had a breakout season in rookie year, hauling in 708 yards and three touchdowns, or running back Sean Thomas Erlington, who before his season-ending injury had tallied over 100 yards of all purpose yards in the first three games of the season, might be on the other eight teams’ radars.

“It is a good team,” said O’Leary. “Other teams look at that roster and see free agents (they might want). A young guy like Jaelon Acklin, a Canadian running back Sean Thomas Erlington, who was on the verge of breaking out. He had put together three or four really impressive games before he got hurt. I think teams will want to pick away at that.”

Following their loss to the Winnipeg Blue Bombers in the 107th Grey Cup, it’s likely that the members of that team will want to remain in Hamilton to try to break the team’s long-standing drought. If that’s the case, that means the members of Hamilton’s front office will have a lot of work to do between now and February.

“It was such a heartbreaking loss in the Grey Cup that I think the core of that team will want to come back and take that final step together and win a Grey Cup,” said O’Leary. “Especially with the Grey Cup being in Hamilton next year.”