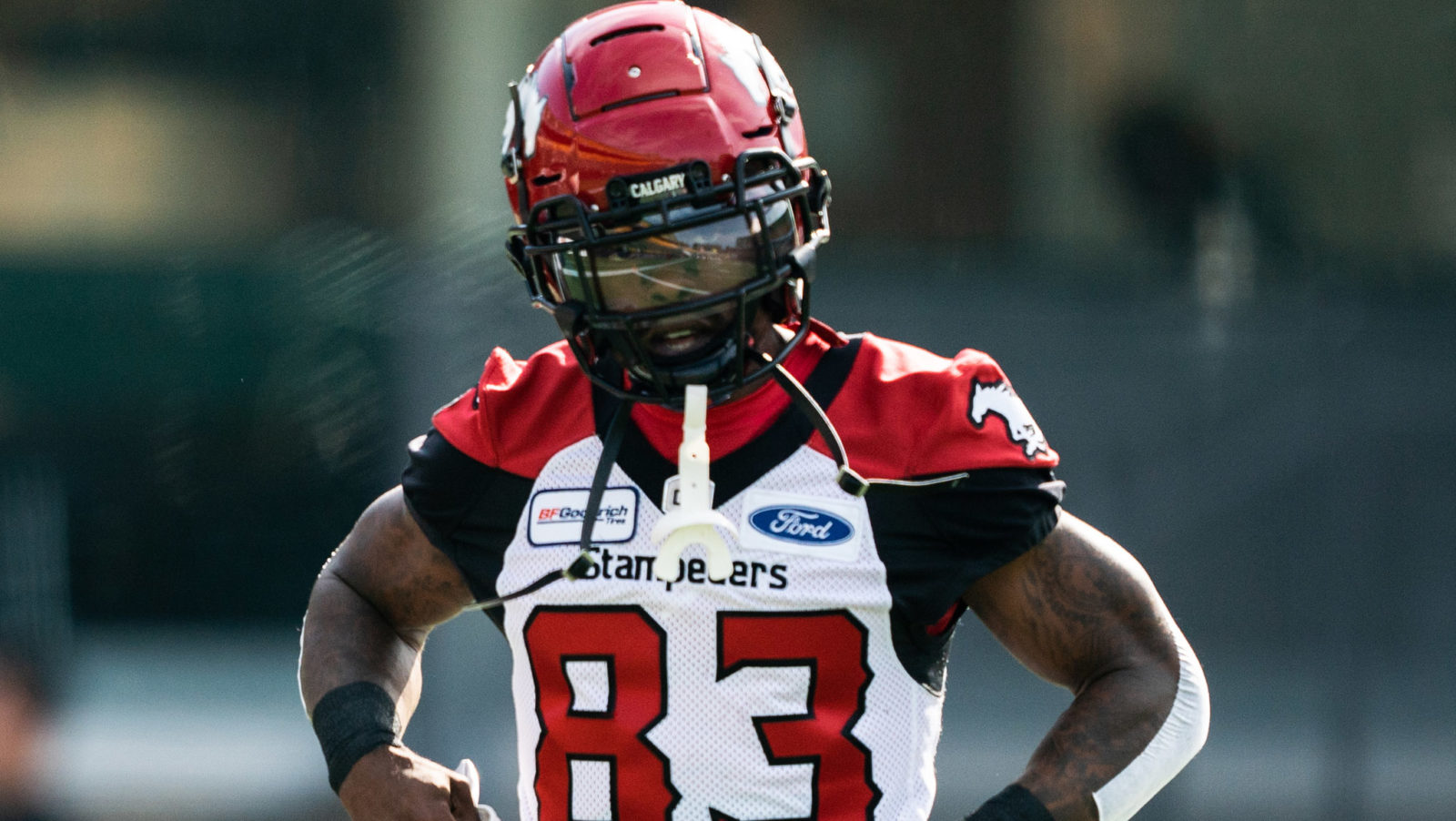 A member of the Stampeders until opting out of his contract on Aug. 31, Huff would have been eligible for Canadian Football League free agency on Feb. 9. Calgary retained and exercised the right to sign him to a new contract prior to the start of the free-agency period.

Huff played 10 games for the Red and White during the 2019 season, making 37 catches for 491 yards and one touchdown. He also returned five kickoffs for 199 yards and one punt for four yards. His best game was a nine-catch, 149-yard and one-touchdown performance at Montreal.

Injuries limited Huff to only two games in the first half of 2019 but he was in uniform for the season’s final eight games. The University of Oregon product also played in the Stamps’ Western Semi-Final contest against Winnipeg and made six catches for 66 yards.

“Once he was able to get on the field, Josh established himself as a reliable and explosive player,” said Stampeders president and general manager John Hufnagel. “I look forward to seeing what he can accomplish over a full season.”

“The 2019 season ended sour for a lot of us because we know we got outplayed in the Western Semi-Final but I’m excited to see how good we can really be with a full and healthy roster,” said Huff. “Looking forward to an exciting year.”

Huff was selected by the Philadelphia Eagles in the third round (86th overall) of the 2014 National Football League draft and played a total of 34 games for the Eagles in the 2014, 2015 and 2016 seasons. He also played three games for the Tampa Bay Buccaneers in 2016. In 37 career NFL games, Huff had 51 catches for 523 yards and four touchdowns.

Collegiately, Huff played four seasons at Oregon and in 49 games for the Ducks he accumulated 144 catches for 2,366 yards and 24 touchdowns. He added 18 carries for 242 yards and two majors and 43 kickoff returns for 988 yards. During his senior season, he reached personal bests in all categories with 62 receptions for 1,140 yards and 12 touchdowns in 13 games.