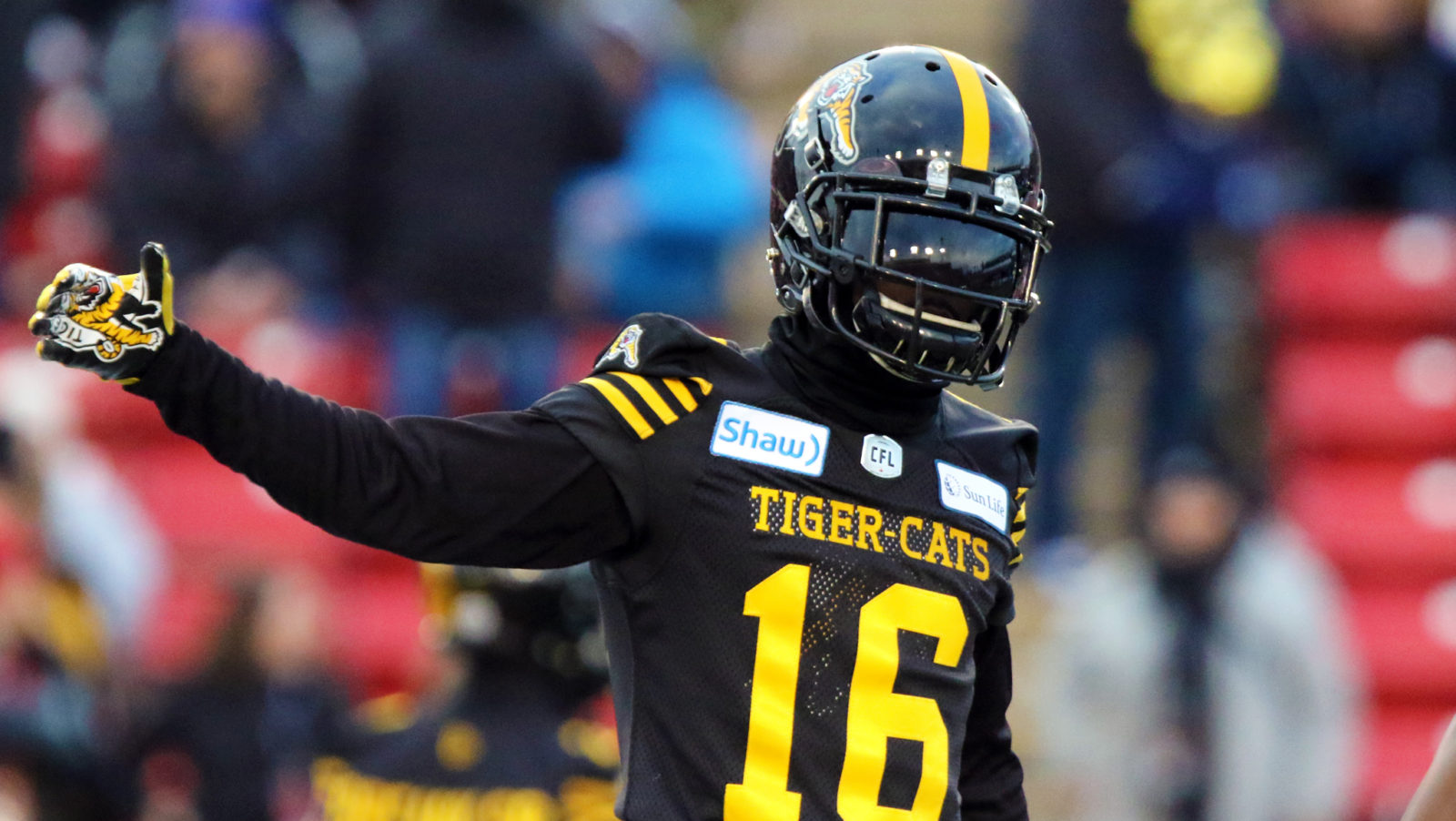 HAMILTON — The Hamilton Tiger-Cats announced Thursday the football club has re-signed American wide receiver Brandon Banks, who will return for his eighth season with the team in 2021.

The elusive pass-catcher and kick returner was set to become a Free Agent in February.

“Brandon’s body of work speaks for itself. He brings consistent production and excitement to the CFL, and has proven over the past three seasons that he is much more than the most dynamic returner,” said Orlondo Steinauer, Head Coach of the Tiger-Cats. “He has grown tremendously as a person and honed his craft immensely as a wide receiver. Because of his competitive nature and desire to work daily in practice, we believe he will continue to be a premier weapon that demands great respect week in and week out. Welcome back, Speedy!”

Banks’ 2019 accolades include being named the Canadian Football League’s Most Outstanding Player and Golden Horseshoe Athlete of the Year, while earning his fourth CFL all-star selection (2014, 15, 18, 19) and sixth consecutive divisional all-star nod (2014-19). He led the CFL in all major receiving categories in 2019, including receptions (112), yards (1,550) and touchdowns (13), as well as targets (158) in 16 games. The 5-7, 150-pound native of Garner, North Carolina’s 112 receptions also set a Tiger-Cats’ single-season franchise record, and he helped lead Hamilton to a franchise-best 15-3 record in the regular season and a Grey Cup berth.

“Hamilton is my second home and there is no team I’d rather play for than the Tiger-Cats,” said Banks. “I love the entire organization, from Caretaker Bob Young, to my coaches and teammates, and of course, the fans! We have unfinished business and I’m very happy to back.”