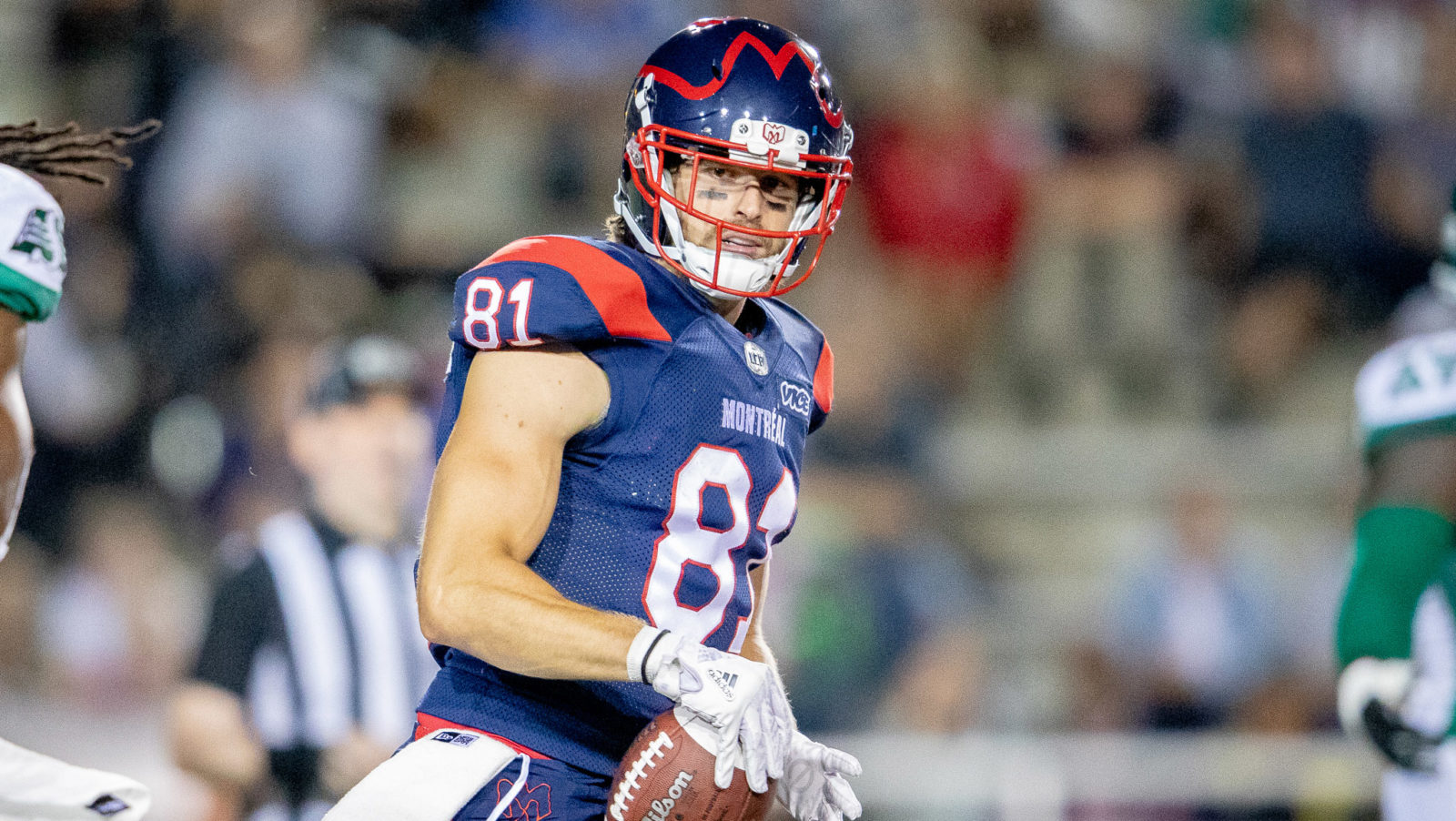 MONTREAL — The Montreal Alouettes announced on Wednesday that the club has signed new deals with Quebecers Jean-Samuel Blanc and Félix Faubert-Lussier.

Faubert-Lussier (6’1″, 212 lbs.) played his first year with the Alouettes in 2019 after two seasons with the Hamilton Tiger-Cats, who drafted him in the fifth round (39th total) of the 2016 CFL Draft. In 2019, the 29-year-old caught nine passes for 102 yards in 16 games while registering two special teams tackles. The Montreal native played for the Université Laval Rouge et Or from 2012 to 2016 and won three Vanier Cups.

Lalama (6’0”, 222 lbs.) made 25 defensive tackles and eight on special teams, adding one sack and one tackle for a loss in 11 games in Montreal in 2019. The 27-year-old was named among the league’s Top Performers of the Week just before the playoffs. The Winnipeg, MB native started his career with the Alouettes in 2017 before joining the Winnipeg Blue Bombers in 2019. He came back in the nest in August 2019. He was drafted in the 2016 Draft by the Edmonton Football Team (70th total).

Banner (6’2”, 235 lbs.) played 18 games with the team in 2019, registering 15 defensive tackles, nine on special teams and adding one sack. In his rookie season the previous year, the Canadian took part in 16 games amassing four defensive tackles, three on special teams and one sack. The defensive end was a third-round pick (19th overall) in the 2018 CFL Draft. The 25-year-old played collegiately for the Eastern Washington University Eagles.

Julien-Grant (6’2”, 197 lbs) played his first professional season in 2019 when he returned seven kickoffs for 112 yards, while making a catch for eight yards. The 24-year-old was drafted in the second round (13th overall) by the Alouettes in 2019, after making 49 catches for 638 yards and scoring five majors in his last season with the St. Francis-Xavier University X-Men. His father Karim played three seasons in the CFL, including one with the Alouettes in 2004.

Termansen (5’11”, 188 lbs.) made six defensive tackles and one on special teams, while recovering a fumble in nine games with the Alouettes in 2019. The 26-year-old defensive back started last season with the BC Lions, where he registered five tackles and one forced fumble in two games. The North Vancouver, B.C. native started his career in Montreal in 2016 and 2017 before playing with the Lions the next two years. He won the 2015 Vanier Cup with the UBC Thunderbirds.

Lawson (6’3”, 287 lbs) was selected in the second round (16th overall) by the Alouettes in 2020 after being named the OUA lineman of the year in 2019, on top of being named a second-team All-Canadian while playing for the Queen’s University Golden Gaels. The Caledon, ON native registered 16 tackles and 2.5 sacks in 11 games that season.

The club also announced that it has released the following players: