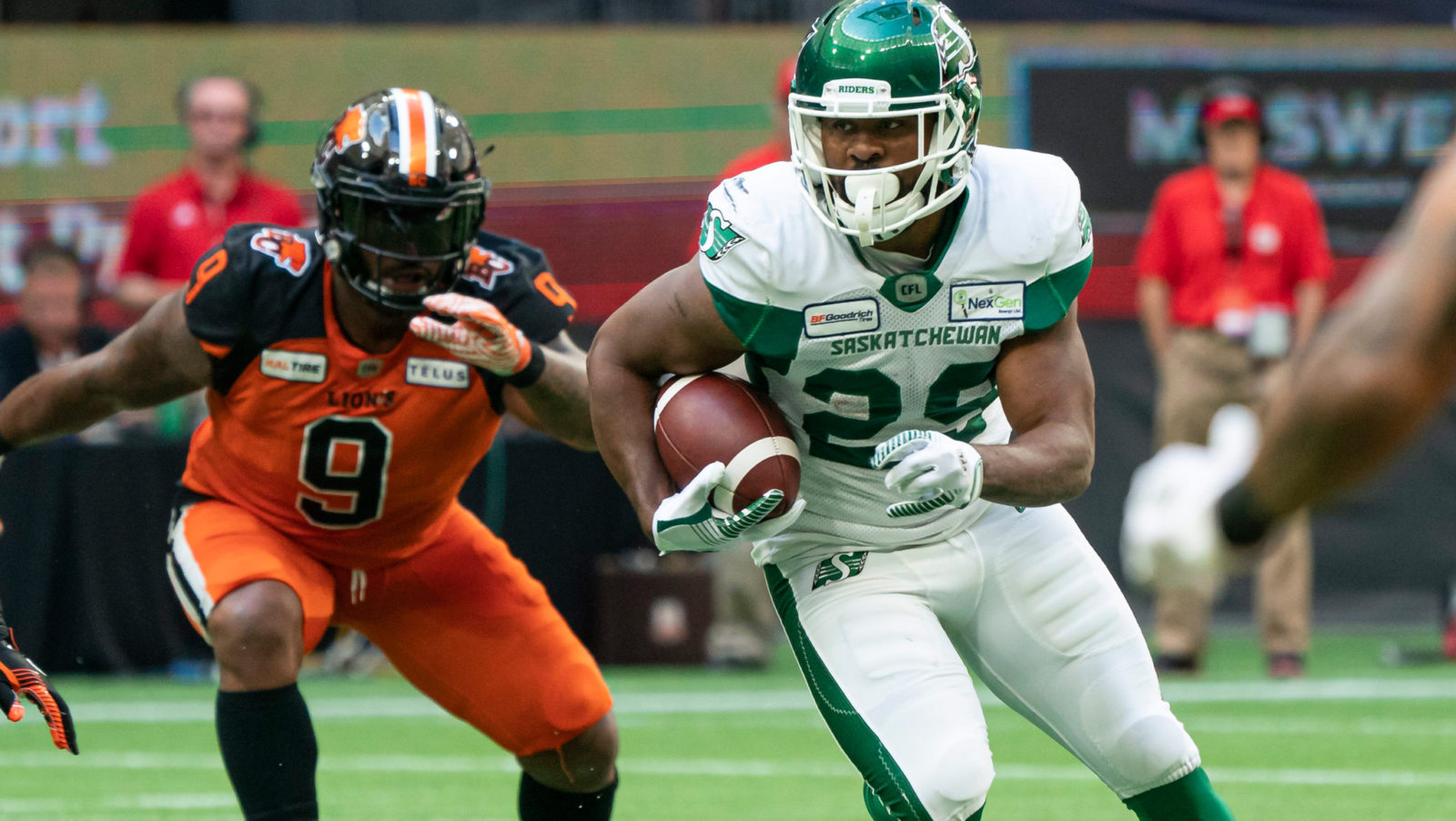 When I saw the Way Too Early Power Rankings hit CFL.ca last week, it was another familiar indicator that football is around the corner. We’re a month into 2021 free agency and now have a good idea of what teams are going to look like. So in the spirit of being way too early, let’s look at the best positional units heading into the season.

RELATED
» CFL exploring opportunities for alignment with XFL ownership
» The way too early Power Rankings are in
» Feeling Lucky: Whitehead ready to shine with Lions

The Riders are bringing back virtually every key member of their explosive 2019 offence, which elevated them over other contenders here like Edmonton and Calgary. Quarterback Cody Fajardo is back to lead the group, with a freshly restructured contract in tow. The defending West Division Most Outstanding Player seems poised for a step forward, especially with the group surrounding him.

Fajardo led the league with 4,302 passing yards last season and spread the ball around nicely. Crucially, both Shaq Evans and Kyran Moore are back for 2021, giving Saskatchewan one of the league’s best one-two receiver punches. Moore led the Riders in receptions in 2019, while Evans averaged a league-high 18.5 yards per catch en route to 1,334 total.

Don’t sleep on Jordan Williams-Lambert, either. Added late in 2019 after a stint in Chicago, the talented receiver was used sparingly with Sask’s offence already in full swing. But Williams-Lambert looked like a rising star in 2018 when he racked up 764 yards and four touchdowns before leaving for the NFL.

Two other important potential free agents are back in Regina, too. Running back William Powell had one of the quietest strong seasons in 2019, leading all players at his position with 12 rushing touchdowns and finishing with over 1,000 yards for the third consecutive season. Powell added two receiving touchdowns, too, and enters this season as one of the CFL’s elite tailbacks.

Finally, the return of Terran Vaughn can’t be understated. Vaughn took over at left tackle after Takoby Cofield went down with injury early in the season. With Vaughn and Cofield under contract for 2021, the Riders can feel good about an offensive line that also includes returnees Dan Clark and Brendon LaBatte.

Saskatchewan was one of the CFL’s best running teams last season and finished No. 1 overall with 26 rushing touchdowns. The offensive line was consistently effective in 2019 and allowed a respectable 37 sacks in the regular season. With that same unit mostly intact this season and with the weapons they boast, the Riders had to be my top-ranked offence for 2021.

Ja’Gared Davis and the Ticats lead an aggressive defence that will have its eyes on getting back to the Grey Cup game this year. (Geoff Robins/CFL.ca)

Much like Saskatchewan on offence, the return of so many key defensive players in Hamilton is the driving force for their No. 1 ranking. The Tiger-Cats boasted an elite defence en route to a record regular-season and an appearance in the 107th Grey Cup. Knowing who’s back, it’s hard to bet against them this year.

Hamilton’s defensive driver last season was their d-line and all four starters are under contract once again for 2021. Ja’Gared Davis’ return prior to free agency was the final question answered for the Ticats. Davis comes back to his spot on the edge opposite Julian Howsare to reunite a duo that combined for 19 sacks in 2019.

Already under contract for this season is the league’s best interior duo of Dylan Wynn and Ted Laurent. The former was an absolute monster last season, leading all defensive tackles with 11 sacks en route to his first league All-Star nod. Laurent, on the other hand, just did what he always does: disrupt and create chaos in the middle. He also finished with five sacks as part of a defensive line that combined for 35 total.

Hamilton’s strong secondary is almost all back, too. Even with Richard Leonard’s departure to Calgary, the Tiger-Cats have all of Jumal Rolle, Cariel Brooks, Delvin Breaux, Tunde Adeleke, and Frankie Williams back for 2021. The addition of Ciante Evans to this backfield truly gives Hamilton an embarrassment of riches.

The main area Hamilton has seen key departures is at linebacker. Larry Dean is off to Saskatchewan, while the Ticats lost two potential starters at Sam linebacker with Rico Murray’s retirement and Patrick Levels opting to sign in Montreal.

Reigning East Division Most Outstanding Defensive Player Simoni Lawrence is back to anchor things at linebacker, while free agent signing Patrick Nelson is intriguing. Nelson set a single-season record at Southern Methodist with 12 sacks in 2019 and drew plenty of praise south of the border for his versatility and ability to drop into coverage. 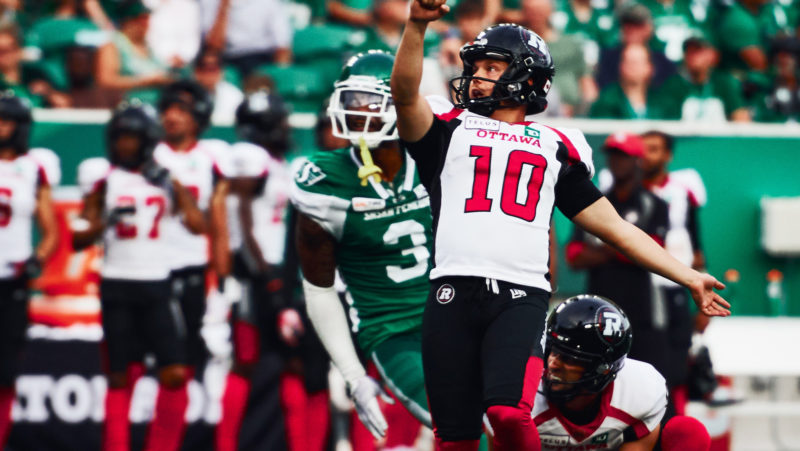 There’s a lot of unknown entering 2021 for Ottawa, but one area they should excel is on special teams. Starting with Lewis Ward at kicker, the REDBLACKS are stable and/or talented in all facets of the kicking and return games.

Ward’s numbers last season weren’t ridiculous like they were in 2018 en route to being the 2018 Most Outstanding Rookie and Special Teams Player. But they were still really good. Ward finished 43-50 kicking field goals for an 86 per cent accuracy rate; he also tied Justin Medlock with a league-high six conversions from 50-plus yards.

Richie Leone is back at punter this season after his third CFL All-Star nod in 2019. It was well deserved, too, as Leone had the league’s highest punting volume paired with pinpoint accuracy. Leone was one of the best “outside the numbers” punters last season, averaging more than 37 yards when angling to the sidelines. With only one safety in 60 outside attempts, Leone put himself in elite company with Justin Medlock and Lirim Hajrullahu.

Ottawa’s return game is a little more uncertain, with Stefan Logan’s retirement, but they should be just fine. DeVonte Dedmon looked like a breakout star before being limited by injuries last season. Remember, this is the same guy who busted a 111-yard kick return touchdown and a 95-yarder on a punt return in the same week seven win over Montreal. If Dedmon runs into injuries again, newcomer De’Chavon Hayes has experience as a returner, too.