Rene ‘enjoying every second’ of process on road to pros 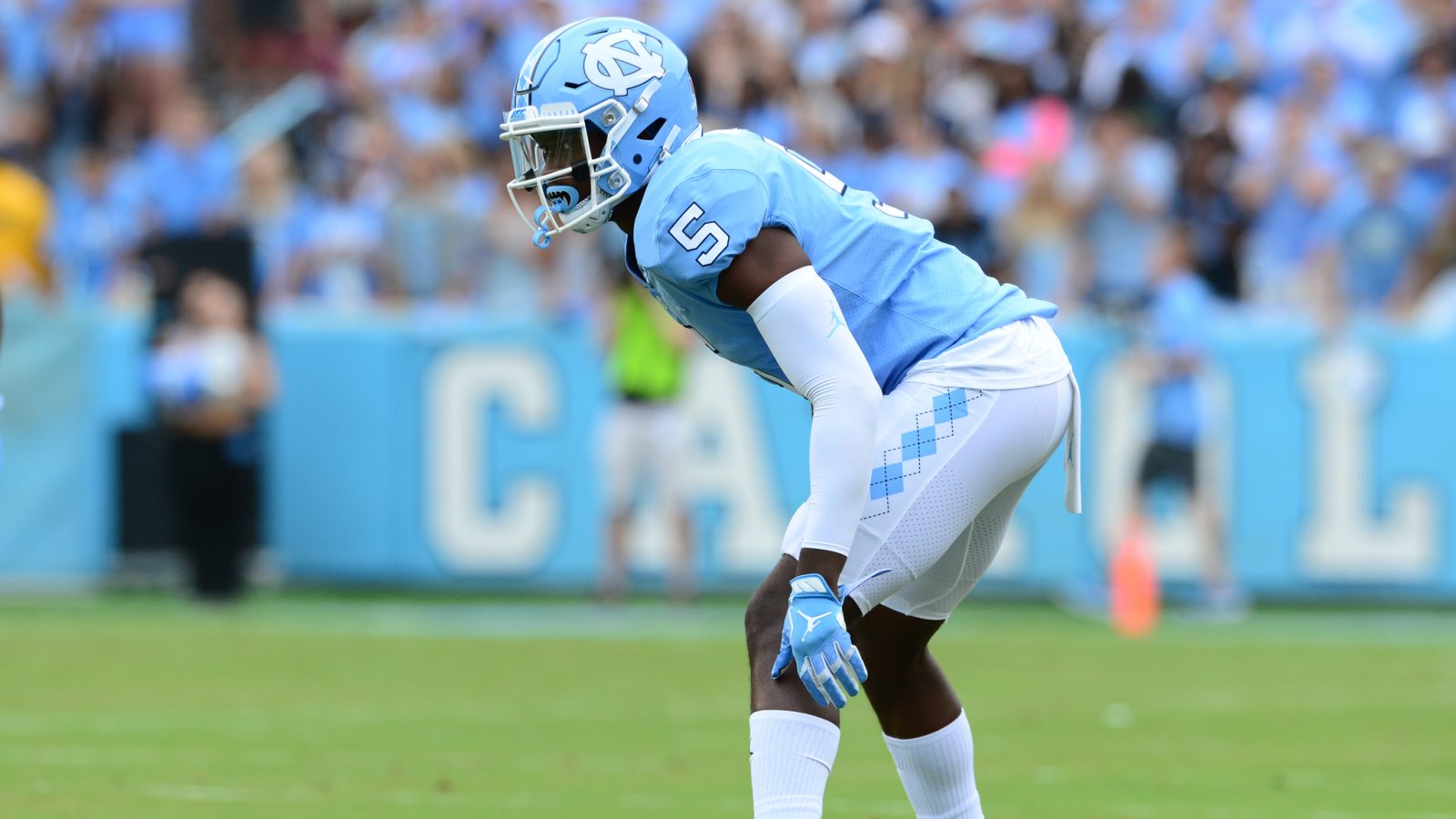 Rene ‘enjoying every second’ of process on road to pros

TORONTO — Patrice Rene’s first sport growing up was soccer, but a friend asked him to come to try out for the East Ottawa Generals, and from there, the rest is history.

But before he could get a set of pads to try out, he had to get his mother to sign a waiver.

“She’s like, ‘What is this?’ She’s a Haitian mother who didn’t know anything about football. I just asked her to sign it so that I could go play,” Rene said. “I finally convinced her. She just wanted me to be happy and go and play. I ran back to the field and got my pads and suited up. And the first thing I did after I got suited was an Oklahoma drill.

“I was the defender and that was my first play ever. Coach blew the whistle and I got ran over. I said, ‘Woah, I’m never going to let that happen again.’ So we strapped back up and did it again. And from there, I fell in love with the game, being out there with my friends, hitting each other, and having fun.”

His persistence and passion took him from the nation’s capital to the University of North Carolina on a scholarship, and now he’s currently the top defensive back available heading into the 2021 CFL Draft.

RELATED
» Mock 1.o: What will Hamilton do with the first overall pick?
» How the combine process presents unique challenges
» WVU’s Addae on cusp of realizing pro football dream 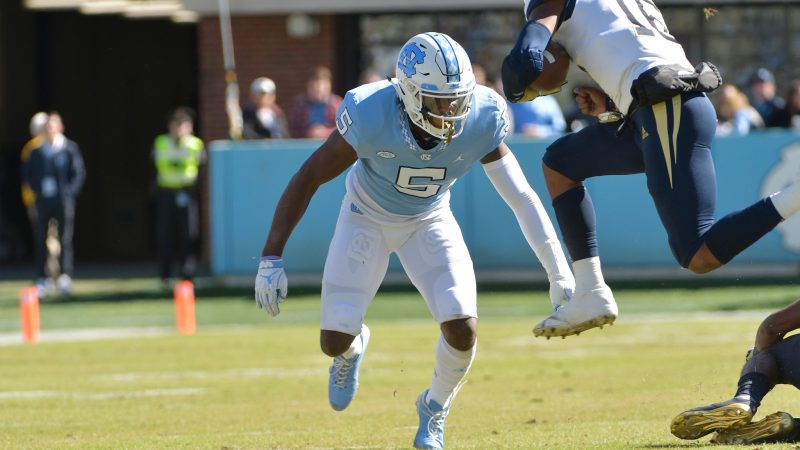 Rene made his way to Chapel Hill and made waves right off the hop. As a true freshman, he played in 11 games for the Tar Heels — with five of those appearances being starts. He finished the year with 16 tackles and a pair of pass breakups.

Following another three starts as a sophomore, Rene had his best collegiate season to date in 2018. He appeared in every game for the program, posting 31 tackles,

After his junior year, he had the chance to declare, but Rene returned for his senior year, and what followed was what he described as the most difficult situation of his life to date.

In the second game of the 2019 season, Rene was defending a pass and collided with a teammate. He knew there was something wrong with his knee, but he finished out the drive before leaving the game. After the doctors took a look at him, he was diagnosed with a torn ACL, ending his campaign before it had a chance to truly get going.

“Going back to the locker room and hearing the words from my doctor that I had torn my ACL and that my senior season was over, it was something that I could’ve never expected and something i wasn’t prepared for,” Rene said. “But by the grace of God and leaning on my friends and family, I was able to pick myself back up. I realized that there were only two ways I could handle the situation. I could either feel sorry for myself or I could attack it and make the best of it.

“God always has a plan, and I’ve never questioned it. Why would I now? Once I realized that the only thing I knew to do was attack and grind, and that’s what I do best. I love to work, I love the process, I love the grind, and I love the game of football. I was not going to let this be the end of my story.”

Rene was able to receive a medical redshirt exemption from the NCAA, and following a year away from the field, he returned to ball out for North Carolina in 2020. Playing in 10 of the team’s games this past year — including the Orange Bowl against Texas A&M — he had 28 tackles, two tackles for loss, four pass breakups, and a forced fumble.

Rene has chosen to return for the final season of his NCAA career in 2021. He considered entering the draft, but after talking with his parents, he decided to take advantage of a free year. But he won’t be donning Carolina blue this year.

As he explained it, both parties had mutually decided that it was time to part ways, and because of that, Rene entered the transfer portal. He was receiving interest was big-name schools like Oklahoma, Auburn, and Texas Tech, but he was looking to be closer to home. So when Rutgers came calling, it was an opportunity he didn’t want to pass on.

“At the end of the day, it came down to a couple of schools, but Rutgers was the best fit for me,” Rene said. “I was very familiar with the coaching staff, and I was committed to Rutgers coming out of high school before North Carolina. So everything just came back full circle and I feel like it was the right decision and the right plan.”

On the Scarlet Knights, Rene will be joined by two fellow Ottawa natives. Defensive linemen Wesley Bailey and Rene Konga are both headed into their sophomore campaigns in 2021.

“Wesley is actually my roommate. I decided to move in with them and kind of be a little bit of a mentor for him and help him out a little bit,” Rene said. “We have a good pipeline and a good relationship. Rutgers always showed Ottawa kids love. They used to come all the time to watch us train. We used to seven-on-seven camps here. So Rutgers is definitely a familiar place for Ottawa football.” 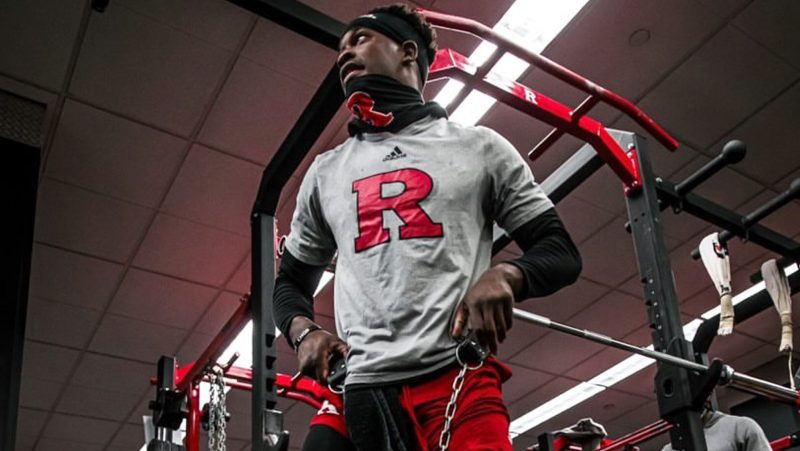 Defensive back Patrice Rene transferred from North Carolina to Rutgers to play his final year of NCAA football. (Rutgers Athletics)

Heading into the 2021 CFL Draft, Rene sits as the eighth overall prospect and the top defensive back in the latest Scouting Bureau Rankings. Despite his decision to head back to school, a team will jump at the chance to stash him for a year in hopes that he takes the field for them in 2022 and beyond.

He’s shown exactly why he deserves to be the top defensive back in the class with his on-field ability, but another year at Rutgers will only help him sharpen his skills ahead of making the jump to the pro ranks.

“I’m just in the process right now, and I’m enjoying every second of it.”