Steinberg’s MMQB: Get refreshed with a 2019 crash course, Part 2 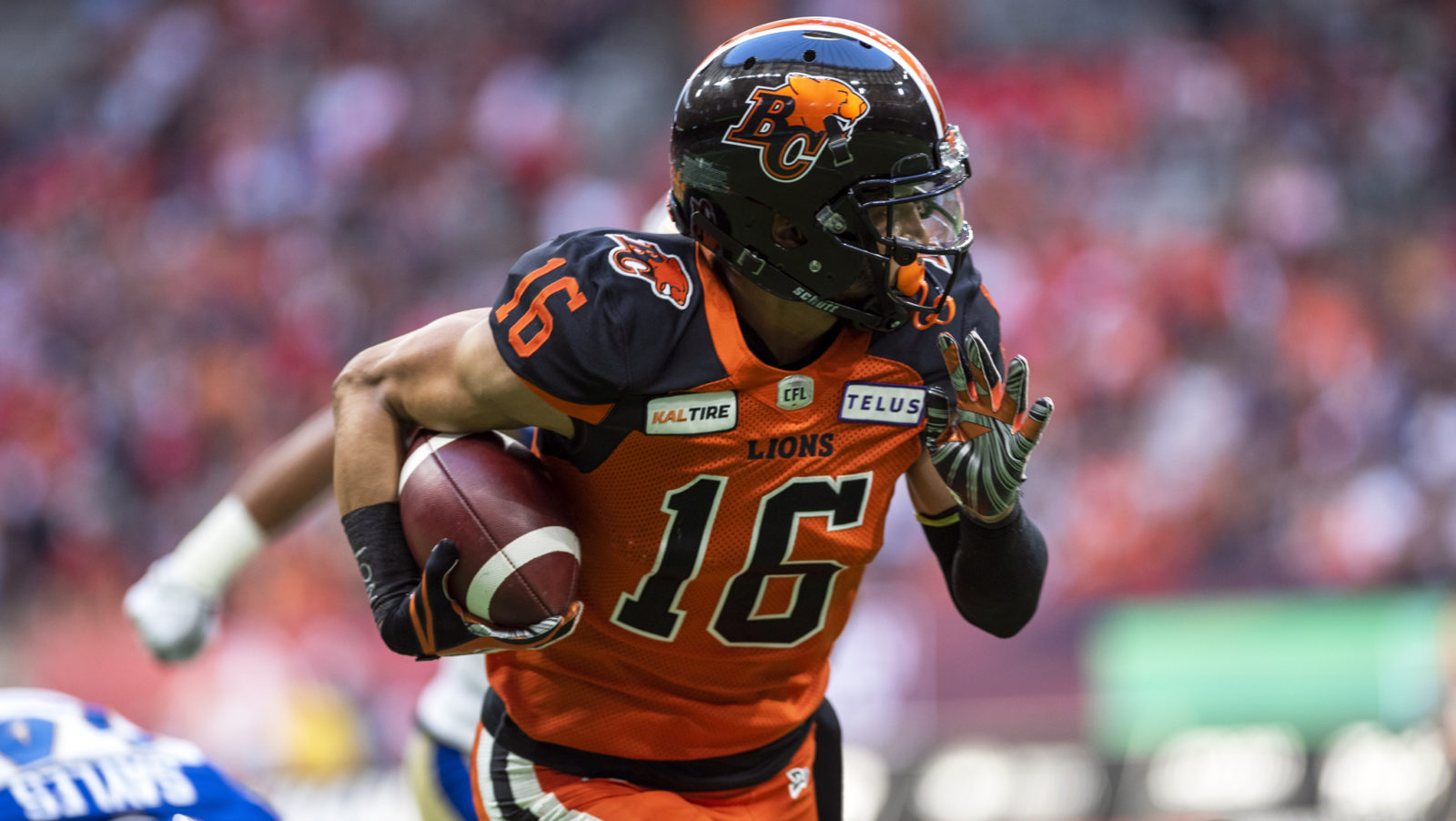 Steinberg’s MMQB: Get refreshed with a 2019 crash course, Part 2

We started our 2019 refresher last week by naming an MVP for all four East Division teams. Now, we’re going to do the same thing for the West.

We have just one rule for this part of our crash course: the player named has to be under contract with the same team in 2021.

Harris signed in Edmonton a little over two years ago with much fanfare after Mike Reilly opted to leave for BC. After three straight MOP-caliber seasons from Reilly, Harris did an outstanding job stepping into big shoes. Despite missing five games due to injury, Harris finished second overall with 4,027 passing yards and threw 16 touchdowns against just six interceptions. He also ran in a career-high six majors for 22 total touchdowns. 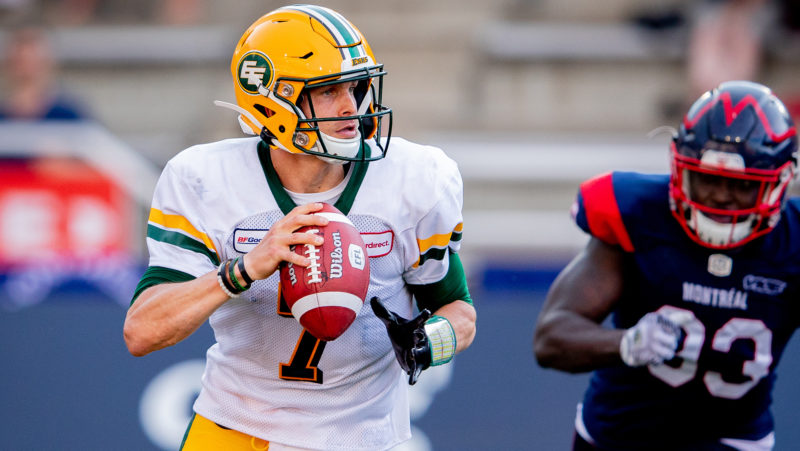 Trevor Harris joined Edmonton in 2019 and after spending time in Toronto and Ottawa (Dominick Gravel/CFL.ca)

Had Harris played closer to a full 18-game schedule, he would have been right there in the Most Outstanding Player conversation. That should set expectations coming into 2021: Harris has the ability and the supporting cast to run a top offence in the CFL. Long-time favourite target Greg Ellingson is back in the fold, while Edmonton has brought back Derel Walker and added tailback James Wilder Jr. With Harris at the helm, there’s no reason this offence shouldn’t be one of the CFL’s most explosive.

What didn’t Harris accomplish in 2019? He led the league in rushing yards for a third straight season, this time with 1,380. Harris busted off an insane 6.1 yards-per-carry, a career-high. With an additional 529 receiving yards, Harris finished 91 short of 2,000 total. He racked up 12 total touchdowns. And that was all before becoming the first ever winner of both Grey Cup awards: Most Valuable Player and Most Valuable Canadian.

Harris just keeps on defying positional norms. Not many running backs keep getting better at the ages of 30, 31, and 32, but that’s exactly what we’ve seen from Harris. He’ll be 34 to start the 2021 season, but with a full year away from the rigours of a CFL season, I’m not expecting a drop in production or performance. Led by Harris, the Bombers are returning much of their championship winning team from 2019, which should justifiably see them viewed as a frontrunner once again this season.

For a guy who was already viewed as one of the CFL’s most consistent and reliable receivers, Burnham outdid himself in 2019. Burnham finished second to Hamilton’s Brandon Banks in receiving yards (1,492), touchdowns (11), and targets (146) and was third overall with 100 receptions. Those were also career-high numbers across the board, as Burnham was one of the few bright spots in an otherwise frustrating season for the Lions.

Sometimes a career season is labeled as such because they happen once in a career. That doesn’t feel like what we’re talking about for Burnham. 2019 was his fourth straight with 1,000 or more receiving yards and his touchdown totals have risen every year in the league. With a healthy, rested, and motivated Mike Reilly at the helm in 2021, Burnham is poised for another monster season.

Fajardo was one of the biggest feel good stories of 2019. The Argos chose James Franklin as Ricky Ray’s heir apparent in 2018, which meant they weren’t able to bring Fajardo back after two years. That led to a stop in BC where Fajardo was used in short yardage spots but stayed behind Travis Lulay and Jonathon Jennings on the depth chart. His decision to sign in Saskatchewan for 2019, however, was clearly the right one. 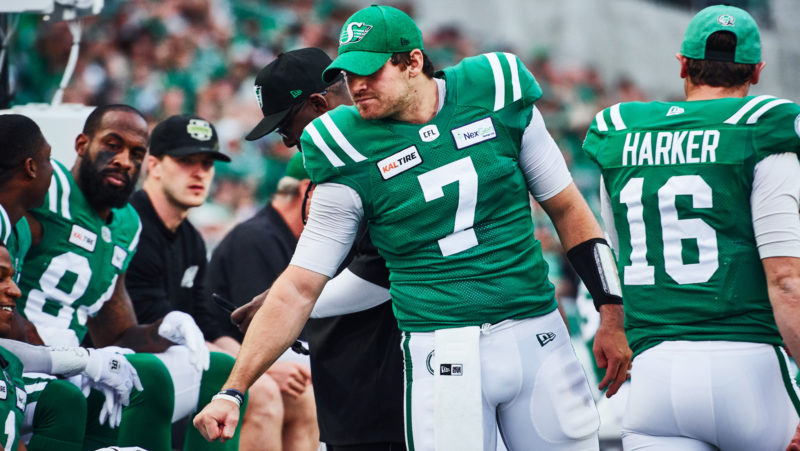 Cody Fajardo is the Riders QB of the future after signing an extension this off-season (Arthur Ward/CFL.ca)

Fajardo led the league with 4,302 passing yards, threw 18 touchdowns against just eight interceptions, and added ten more rushing touchdowns en route to being named West Division Most Outstanding Player. After gutting through an oblique injury in the Western Final, and almost completing a comeback against Winnipeg, Fajardo sealed legend status in Regina. For 2021, he has Shaq Evans and Kyran Moore back at receiver and a ton of motivation knowing how his last game ended.

Wall didn’t lead the league, or even his team, in any major category in 2019. But that doesn’t mean he wasn’t a crucial part of another outstanding Stampeders defensive unit. Wall is one of Calgary’s key defensive communicators and leaders, which is huge. But don’t overlook what he did once the ball was snapped as one of the CFL’s best cover linebackers. Wall finished last season with 67 tackles in 16 starts, which is a solid number for his SAM position.

Wall enters 2021 in an even more important position. With the retirement of Brandon Smith and the departures of Tre Roberson, Wynton McManis, and Nate Holley, Wall is going to be counted on even more heavily. From an experience standpoint, Wall’s voice will be relied upon that much more with Smith’s retirement. And, with key members gone in the defensive backfield and at linebacker, Wall’s Sam spot will be huge in gluing this Stamps’ defence together.